We’ve published a good number of parenting posts over the past year and they have proved to be some of our most popular – How to survive the first three months of motherhood seemed to particularly resonate with our readers. To have this content is only natural, as Rachel and Nicky are both parents: Rachel to George and the relatively newly-arrived Thomas, and Nicky to Oscar.  You can correctly infer from the fact I haven’t written one of those that I don’t have any children. So here are my observations and tips on having friends with small kids.

Once a close friend has their first child, then the pattern of how you spend your time together changes. I was going to just write ‘your friendship changes’ but actually I don’t think the essential quality of your friendship does. Your shared experiences don’t evaporate; you don’t stop caring about each other; you don’t stop laughing out loud at the expertly-crafted emoji-only Whatsapp messages she sends you; you don’t stop seeing articles online and immediately emailing them to her. But the patterns of the time you share together sort of have to – especially if she has a brand-new baby. And why wouldn’t this be the case? Your friend’s entire life has just been upheaved and you’re a part of that life.

Rachel and I were talking about this very topic a couple of weeks ago when we were out for her birthday lunch with Thomas. In all honesty, I didn’t find – and still don’t – adjusting to Rachel’s life as a parent all that difficult. We think that some of that is down to the fact that we had transitioned away from ‘crazy’ nights out and weekend-long hangovers to quiet brunches, early dinners and sitting around her flat drinking coffee and watching Gilmore Girls long before she became pregnant, so add a child or two into the mix and there’s not a huge amount of adjusting that needs to take place. Obviously, this depends on the child, but in general, when you’re hanging out with your best friend, who really cares what you’re actually doing?

It also undoubtedly helps that I really like my friends’ children. Spending quality time with Rachel, for example, isn’t all about waiting until Pete takes George to the park or Thomas goes down for a nap, but includes talking to George about his favourite trains (which actually tend to be the female ones, and that makes me love him all the more) or cuddling Thomas and giving him little tickles under his chin while he coos and smiles and occasionally spits up on me. We spent a whole week on holiday in Barbados together when George was seven months old (check us out in the pic shortly after we returned) and it was one of the most enjoyable holidays I’ve ever been on (although, yes, being in the Caribbean probably helped promote it in the vacation rankings). 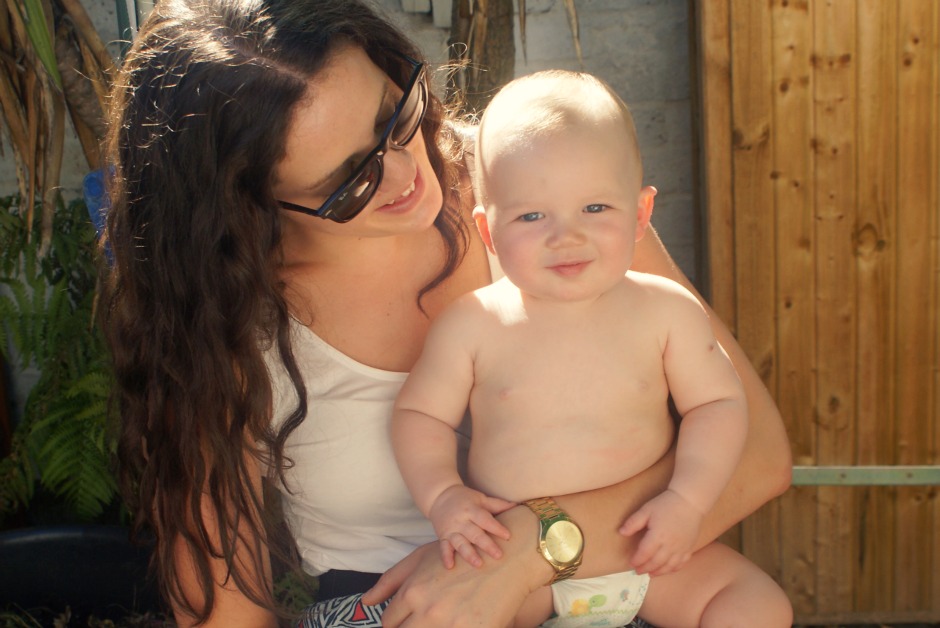 That’s not to say it’s all plain-sailing. There are definitely a few things I’ve found difficult – the biggest probably relating to diverging experiences. Up until this point, you’ve had a set of bonding experiences with an old friend which, though not identical, were broadly similar: you took exams together, tried to figure out your careers, fell in love, had your hearts broken, dealt with family dramas, tried in vain to find the perfect pair of jeans. But when your friend goes through something major for which you have absolutely no frame of reference, it can be hard to empathise. That doesn’t mean you can’t talk about what she’s going through but you probably have to make an extra effort to listen and hear what she’s saying. Also note that you can never, ever complain of being tired in her presence again.

And just before I throw some of my tips for when your friends have kids into the mix, I would also add, try to remember that in the scheme of your friendship, this is a short if intense period, so just go with it.

Understand that napping is a real thing

You might have to plan your day around a child’s naptime. That napping is no joke, and without it a small child can absolutely lose their shit and render the rest of the day incredibly difficult, is something I certainly didn’t know before I started spending time with people with children. Respect the nap – it’s good for child, mother and anyone else in the immediate vicinity. If this means you have to plan your outings around a nap schedule, then embrace it.

Talk to them/play with them

Hanging out with kids is the best, but as someone who only recently started to be around them, it did take me a while to know what to do exactly. Nowadays, I thoroughly enjoy the company of little ones – from tiny babies who just want a safe-feeling pair of hands, to when they’re alert enough to scream with laughter when you blow raspberries or play peek-a-boo with a scarf, to when they start to hold proper conversations with you.

When they are very small, try things out and see what makes them happy – though as I mentioned, peek-a-boo seems to be a universal hit so far, as does bouncing them up and down (though that’s considerably harder work on the arms). Once they can talk, ask them what they like to do and they’ll usually tell you. Let them show you their favourite toy/book/game/TV show and take it from there – children, like adults, love to talk about themselves. Also: poo jokes (if it doesn’t annoy the parents too much) are a winner – in my experience all toddlers have a scatological sense of humour.

Be ready to get up/meet up early

If you’re staying over, then however much your friend is a wonderful person who absolutely doesn’t demand you get up with her at 5/6/7am, you’ll probably still be aware that the household is up and moving around, and this will wake you. Also, once they can talk, you’ll most likely hear them asking where you are, and again, as much as your friend probably won’t send them in to rouse you before sunrise, you won’t be able to resist getting up to play with them.
Similarly, if you want to meet up with your friend during the day, remember that parents tend to get up very early. If you suggest a weekend breakfast meet-up (thinking mid-morning-ish), be ready for them to say, ‘Great, shall we meet at 9am?’.

Small children generally don’t care that much about clothes, unless it’s got their favourite character plastered all over it (when I got George a Thomas the Tank Engine swimming outfit recently he wouldn’t take it off even for bed). Parents, on the other hand, really do appreciate a tasteful jumper or pair of dungarees. So, still buy the present but don’t expect the kid to care that much.

As Nicky and Rachel have both mentioned before, when your friend has just had a baby, don’t lose yourself in the wonder of newborn miscellany. I know Rachel especially loved a bold Mac lipstick some of her friends bought her just before she had Thomas.

What did you find different or difficult when your friends starting having babies? Let me know by leaving a comment below.

P.S. the difficulty of finding time for your friends, 7 questions NOT to ask a new mother and the best presents to buy for newborn babies and their parents.