The cast and creators of Gilmore Girls were reunited at the ATX Festival last week and as a longtime fan of the show I made the time this past weekend to watch the full recording of the panel they participated in.

There was a time when Gilmore Girls seemed to constantly be on E4, but whenever I tried to watch some of it I was left feeling as though I had no idea what the hell was going on and so couldn’t get into it. After my mother and sister started singing its praises and sharing box sets with me I was able to start from the beginning and came to realise that I could never work out what was going on because, well, nothing is ever really going on. It’s full-charactered, witty, low stakes, utterly charming television at its absolute best and I have now seen every episode multiple times. 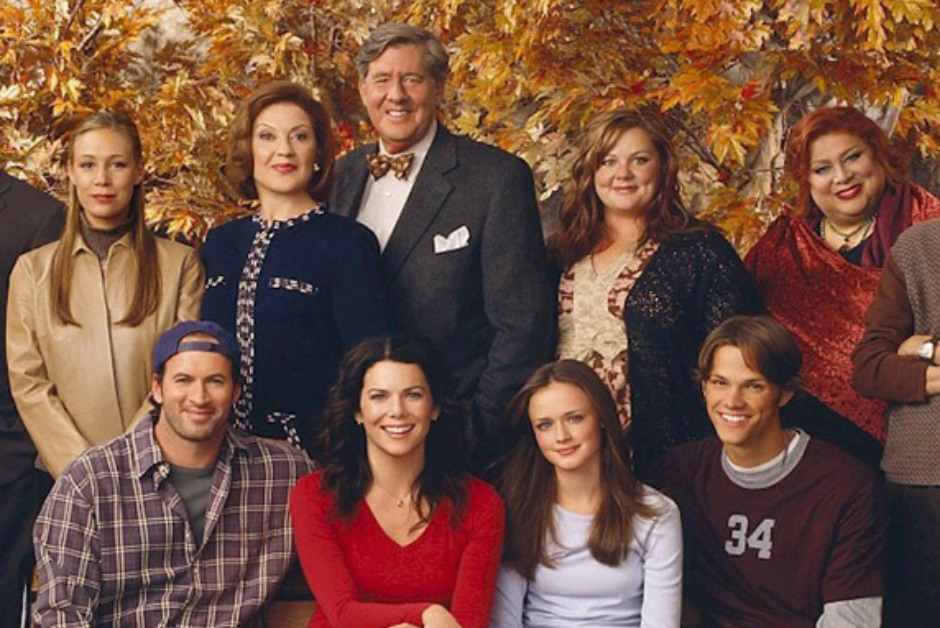 For the reunion panel, Amy Sherman-Palladino was joined by most of the major cast members (the most notable exception being Melissa McCarthy who I assume was too busy promoting Spy) and here’s what I learned from the get-together:

1. Amy Sherman-Palladino is everything you imagine her to be and a bit more

I had never seen an interview with her before and she was pretty much what you imagine her to be based on her writing and then another 75%. To be honest, I would have probably watched a panel of the same length in which she was the only participant. In addition to being clever and very funny she also came across as incredibly kind and humble too. I was sort of inspired by the way she stressed multiple times the role of luck in the success of any creative endeavour, including Gilmore Girls. In other words: I totally fell for her.

2. No one regrets the storyline about Luke’s daughter

Let’s deal with this one first as this storyline is one that really irked me at the time and I haven’t really got over since. It never made sense to me that you wouldn’t tell Luke you were pregnant. The foibles of his character notwithstanding, he never comes across as anything other than a thoroughly decent human and or was ever anything but. The whole affair was was too soapy and high stakes for me and it always seemed like such a contrived way to drive Luke and Lorelai apart for a period. Don’t get me wrong, I loved April Nardini but this storyline just never rang true for me. And so, when the panel were asked if they regretted any of the storylines I was waiting for someone to raise this. And they didn’t 🙁

3. Or what they did to Lane

Lane’s arc also disappointed me over the course of the final few seasons. I get that Adam Brody had to go and be on the OC and adjustments were required following his character’s departure. I also really enjoyed Zach as an addition to Stars Hollow. But Lane and Zach didn’t make sense to me and giving Lane one terrible sexual experience and then only after she was married and then that resulting in her becoming pregnant with twins was too depressing for me.  All the spark and ambition of early-seasons Lane seemed to disappear and she just sort of ended up working at Luke’s and living in that terrible shared accommodation set-up with the rest of the band. Maybe this is the rock ‘n’ roll lifestyle she lusted after all along? I don’t know but I wanted so much more for her.

I don’t know if it’s the fact I found Rory almost unbearably smug by the end or her uncomfortable turn in Mad Men and we so often conflate character and actor but I just didn’t expect to like Alexis Bledel as much as I did. She had a great sense of humour of a different kind to that of Lauren Graham and Amy Sherman-Palladino and I thoroughly enjoyed her contributions.

5. I sort of disagree with Lauren Graham about the ending

Lauren Graham admitted she wasn’t happy with Luke and Lorelai’s ending but accepts this was largely because they didn’t know the show was ending and so writers didn’t know for sure they were writing an ending. I don’t know that I agree with her on this one, and this is a conversation I have had with one my fellow Gilmore Girls-loving friends. I am not sure what more we wanted? They found their way back to each other as they should. Does this rank as one of the best series finales ever? It certainly doesn’t but finales are notoriously difficult to pull off and often disappoint as much as they satisfy so I don’t know if a full-blown ‘finale’ would have made me feel better.

6. EVERYONE seems well up for making more Gilmore Girls together

There were unanimous positive sounds from cast and creators when seeing the show on screen again was mooted. This isn’t a massive draw for me, we have seven seasons of wonderful television (Luke’s daughter and Lane’s demise notwithstanding) and an ending I am pretty happy with. I don’t know that there’s anything else I necessarily want to see from this family and the wider-Stars Hollow community. I’d rather have more Bunheads.

Have you watched the reunion? What did you think?

P.S. Some friendship lessons from my favourite TV females, my recommendations for your next favourite TV show and the best movies to cry to.

4 reasons why turning 30 is great

How to maintain zen in the kitchen