When Oscar was born, friends all came to visit bearing lovely gifts – from a cuddly dog that he has only recently decided to take everywhere with him (he now wheels it around in his truck by day and sleeps with it at night) to books, cute clothes and little toys. At that early stage, I had no idea what was going to remain unused and what would become invaluable – it’s only looking back that I can appreciate the thought that went into each token. The birth of Rachel’s second baby got me thinking about the best presents to buy for new babies – here are my tips… 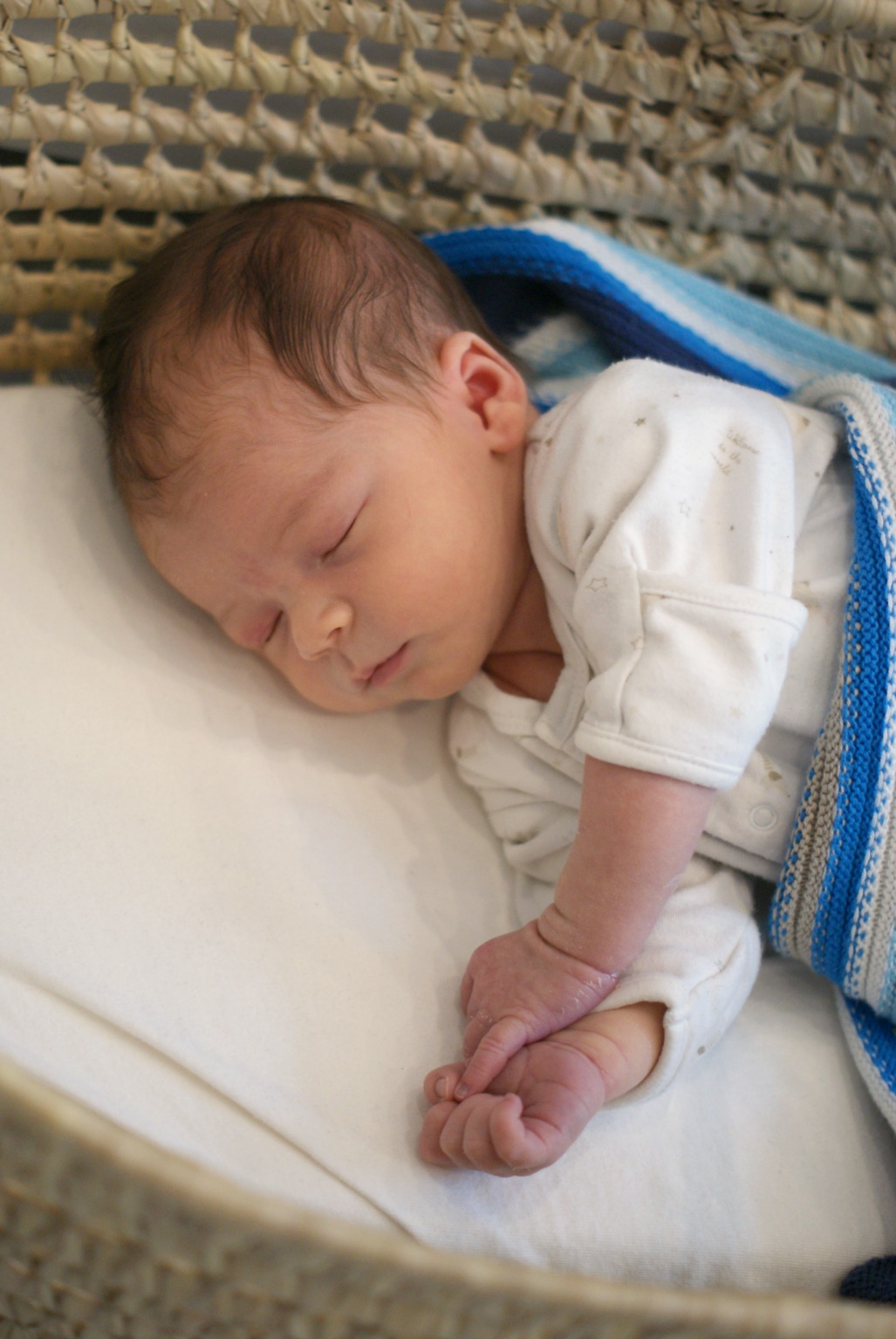 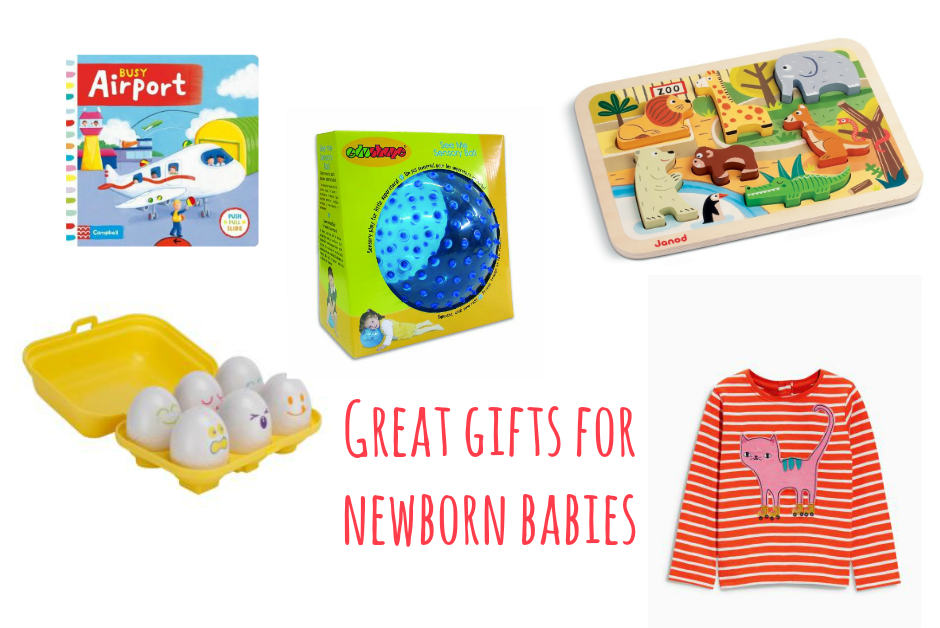 Clothes are a great present as they are both cute (exhibit one: these rattling socks) and useful – and if you’re not a parent, you should never underestimate how many changes of clothes a newborn needs in an average day. But newborn clothes, though gorgeous, are a tricky area. Everyone focuses so much attention on newborns that parents often have a surfeit of tiny clothes – and hats! – but find they need to go on a shopping spree six months in. It’s nice to be able to give something that will remind your friend you’re thinking of her a few months down the line when all of the new-baby fuss has died down and she’s deep in the change-nap-feed vortex. Getting them started on their child’s six-to-12-month wardrobe also saves new parents some money.

Turning up to someone’s house bearing a pack of nappies isn’t perhaps the most glamorous entrance you can make, but these are expensive to buy en masse and are always needed. Just investigate whether your friend is going down the disposable or reusable nappy route first. Likewise, I never had enough muslins, so would have been happy to receive more.

Another great gift I received was a plate and cutlery set – one of those ‘bottom-drawer’ presents (as my grandma would say) that I could put away and cross off my to-do list, then whip out six months down the line. As a bonus, the set I was given was decorated with cars, boats and planes, so Oscar absolutely loves it.

We all know books are fantastic at any age. I don’t think I’m ever happier than when I have Oscar on my lap and we’re reading a book together. I never get tired of reading them, even when I know them inside-out in both English and Spanish. Highlights so far have been What a Busy Baby, Dogs, Oh No George! (and its follow-up A Bit Lost), and Guess How Much I Love You?, which still brings a tear to my eye.

Rachel hates noisy books, but I don’t agree that they are a wholly bad thing – we have Room on the Broom with 10 sound effects and rather than pressing all the buttons indiscriminately, Oscar now likes matching the words he hears or the symbols he sees to the right button, which I guess adds an extra dimension to his learning experience.

But the best series of books we’ve discovered by far is the Busy Books series. My brother (who is training to be a pilot) bought Busy Airport for Oscar when he was born, and we’ve since expanded our collection to include Busy Railway, Busy Park, Busy Garden and Busy Garage. These books are really sturdy, endlessly interactive and full of details that both parent and child can point out.

Because Oscar was born in December, some of my friends very kindly bought him a Christmas present for ‘now’ and a birthday present suitable for 12+ months for the coming year. I think buying toys that babies can grow into is a great idea, because when they’re tiny they don’t really need much beyond a rattle, a squishy book and a jungle gym to entertain themselves. A few months down the line, all that changes, and then it’s handy as a mum to be able to magic a new and exciting toy out of the blue. This Tomy egg box has been a favourite for the past 12 months: at first Oscar enjoyed opening the box and dumping all of the eggs onto the floor; then he liked pressing the chicks down to hear them squeak; and finally we have started working on fitting the correct egg in the correct place and matching the colours of the lids to the colours of the chicks. We also got a lot of use out of those traditional wooden puzzles – we’re currently working on one with numbers.

Other hits included squeezy bath toys, this ball (which is as good indoors as out – even when Oscar couldn’t crawl, he enjoyed lying on his back and watching me throw it up in the air), and this shape-sorter bus, which is just about the best present Oscar has ever received in his life (it’s actually on loan from George).

I would advise against buying a cuddly toy (however cute), as they inevitably just end up plonked somewhere gathering dust – unless yours lucks out and becomes the toy that has to come everywhere and is so loved it turns slowly to rags. Of course we all want to strike gold and buy that toy, but it’s not particularly likely.

I am in two minds about noisy toys; it depends on how high your sanity threshold is. My parents bought Oscar a trio of dreaded Toot-Toot cars – the full emergency services, each with its own set of inane songs. At first they drove me up the wall (especially when I found myself singing them to myself at all hours, even after Oscar had gone to bed). But after a few months, my brain had just zoned them out, while Oscar was still getting hours of enjoyment from them. On balance, I would recommend leaving these kinds of toys on the shelves for the grandparents, who can get away with inflicting them on the household, and who can pay it back in babysitting.

Finally, it may be a clichéd present, but I have yet to meet a baby who doesn’t love Sophie la Giraffe – which is precisely why it’s a go-to gift for many people. However, I received three when Oscar was born, so I would advise against buying one.

There’s not much that I was given when Oscar was born that I didn’t find a use for (even if that use was regifting…) However – and without wishing to sound ungrateful to anyone who bought me one – what are those weird hankies with heads on them meant to be for?! I think they’re a French invention, but the ones we received sat in the clothes drawer until they got packed away with the outgrown babygrows. Avoid.

Which gifts that you received as a new mum turned out to be the most useful or most thoughtful? What would you add/remove from this list?