Everyone has been asking me lately what life is like with two children – in fact, whenever I go to playgroup with George and Thomas, I get sympathetic looks from other mums of two as they ask, ‘How’s it going?’. I recognise that look, because it’s the same look I give to new mums with tiny babies. It’s supposed to say, ‘It’s ok, I remember how shit it was’.The thing is, this time around feels, dare I say it… easier.

Let me put this claim into perspective: I found the first few months of George’s life so, so hard. It was lonely, exhausting, boring, isolating and a real shock. Maybe I know what to expect a bit more this time around, but it doesn’t feel nearly as overwhelming. 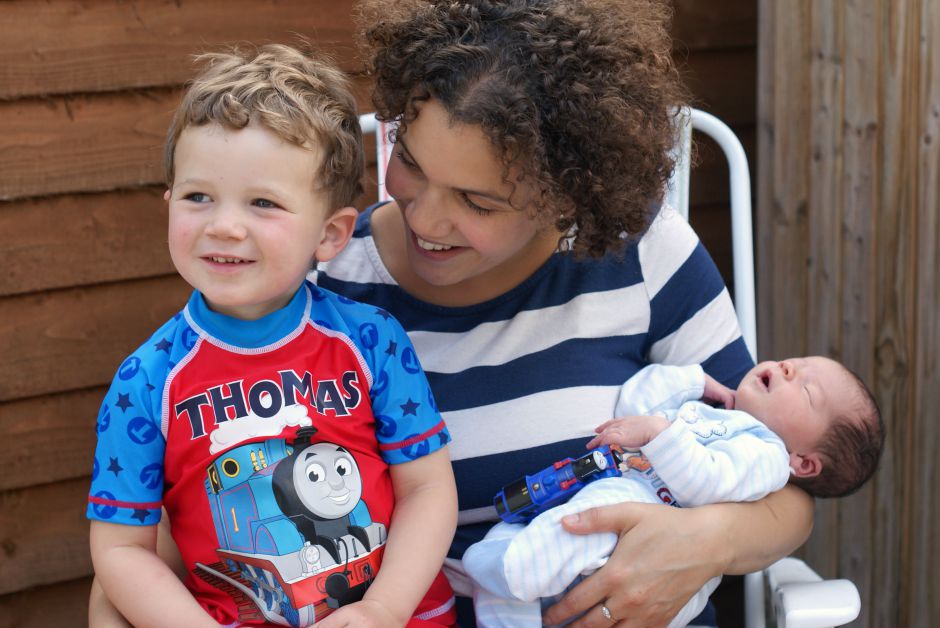 There are a few other factors too. We’ve had a whole lot of support from family and friends. Pete’s a teacher, so we had four weeks of his summer holiday at home together when Thomas had just been born. We also had wonderful friends and family offer to take George out for the day. I think it’s also made a difference this time around having friends who already have children – they remember what it’s like with a newborn and know how to help (ie. by bringing FOOD). George has also continued going to the childminder twice a week – we did wonder whether this was a bit extravagant on our part, but it has been wonderful. Not that I’m desperate to get rid of George (although let’s face it, some days I am), but it’s great to have a bit of a break. I love my children dearly, but I know I’m not cut out for full-time childcare. 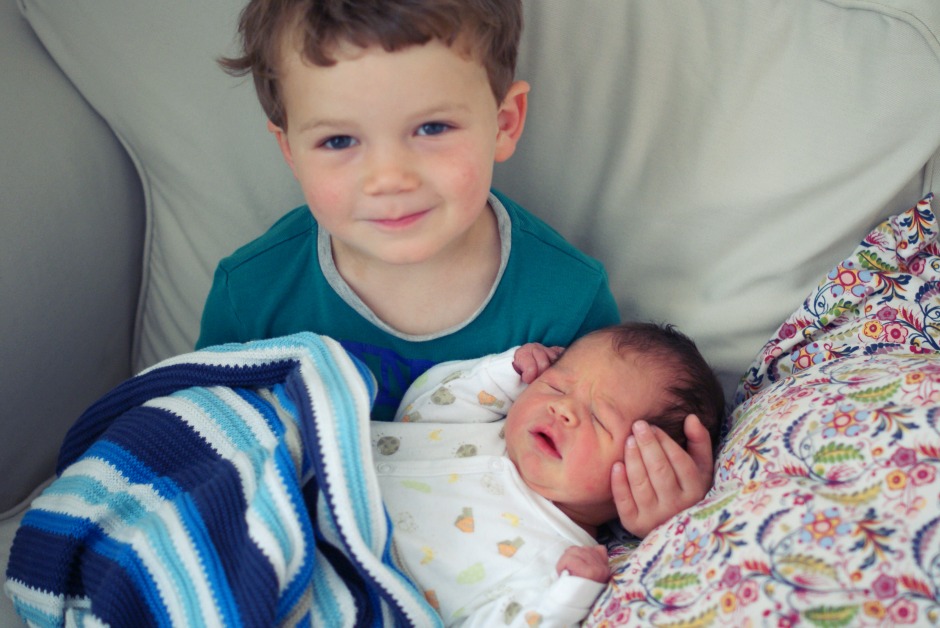 Pete and I are also a much better parenting team now. I remember when George was a little baby, I’d be desperately wishing for just an hour to myself yet never actually telling anyone or asking for help. I’ve seen lots of my friends do the same – we somehow feel like we have to do everything. This time, I’m much better at handing Thomas to Pete once he’s been fed and going for a nap or having a shower.

Although we didn’t plan it this way, the age gap of nearly three years has also been helpful. George doesn’t need my constant supervision any more, which makes it less stressful when I’m feeding Thomas or trying to get him to sleep. We’ve also been lucky that George doesn’t seem particularly jealous. We are dealing with some rather aggressive kisses and cuddles, but Thomas takes it in his stride. And even though I’m breastfeeding, I’ve tried not to always be the parent with Thomas. I put George to bed as often as possible and try to have free arms for cuddles as much as possible. Who know if that helps? In fact, sometimes I think I miss spending one-on-one time with him more than he does with me. 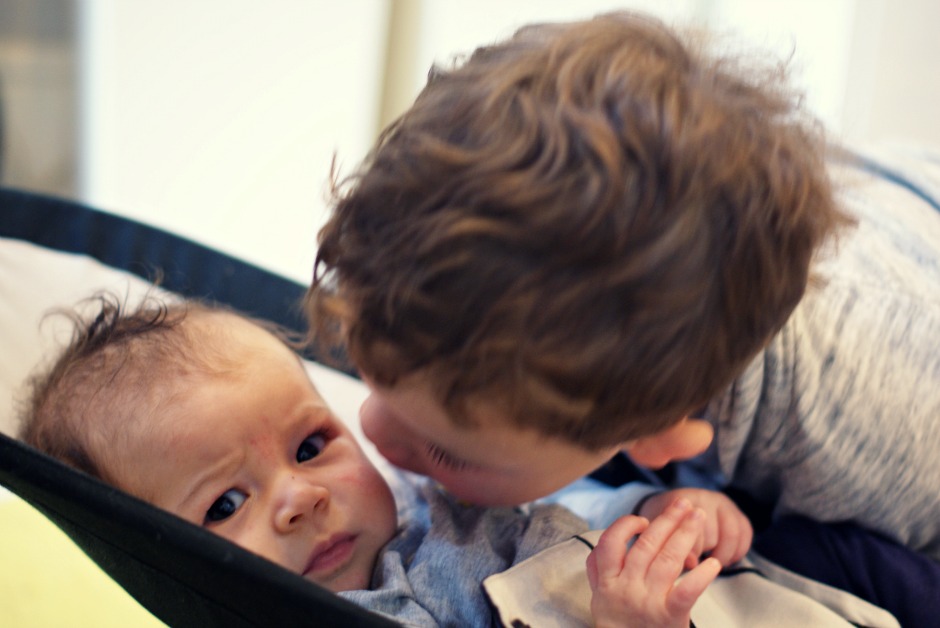 Yet, there have still been many long days alone with a baby or a baby and a toddler. Some days are fine and some really are shit. I’ll feel like Thomas has spent the whole day crying, so in turn lose all patience with George, and everybody will end up in tears. However, so far (touching all the wood!), those days haven’t been too often. In fact, for me, it’s not so much the two-children-at-once factor that’s been hard as having to deal with a newborn baby all over again. While I love cuddling cute little babies (and the feet! What is it about baby feet?), I actually find babies, and their crying, really draining. All that shushing and bouncing drives me a bit bonkers. Good job they look so sweet when they’re finally asleep.

We’ll see if I’m so chipper in a few months, once all the sleep deprivation has caught up with me and I have a baby who’s on the move and needs entertaining rather than being happy to spend all his time in a sling… In the meantime, I’ll enjoy the relative calm before the storm.

How did you find the transition from one kid to many?

P.S. How to survive the first three months of parenthood, seven questions not to ask a new mum and the best parenting blogs.