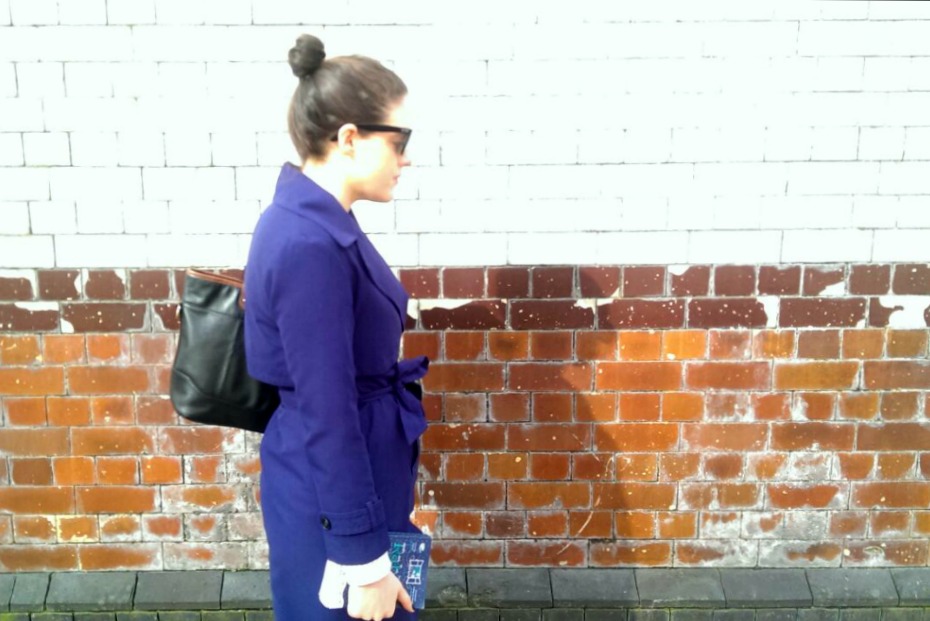 I hope you’re all enjoying your Sunday; I’m having some quality alone time before playing netball later. I don’t think I’ve ever mentioned it, but Sunday really is my day of rest. I have a pretty busy schedule from Sunday evening to Saturday afternoon, but Sundays tend to be all mine and I love them.

I’ll be keeping this Sunday low-key after a week in which nothing really went wrong as such but nor did anything go spectacularly right. A humming along kind of week in which many small things threw me slightly off-balance: oversleeping on Wednesday and having to dry my hair using the air-blowers in my car; getting bashed hard on the funny bone at netball on Tuesday; forgetting all my food and so feeding exclusively on Jacobs cream crackers and Malteaser Bunnies for the whole of Thursday; and feeling unusually hungry (ravenous) nearly every day. My gym was also closed for the whole week and while I could have gone to another one nearby, I elected to have a rest, so my usual routine was disrupted, lending a gentle air of  ‘what days is it again?’ air to proceedings.

My mum made brunch for the Manchester contingent of Donovans last Sunday, the main highlight of which was seeing my brother, his wife and their two lovely children (including one very new and cuddly baby nephew). However, the culinary highlight was these cinnamon buns. I don’t know what to say other than MAKE THEM and just be prepared for the fact you will eat most of them right there and then. I was especially happy that my mum found the recipe on this blog and was inspired to bake them, so thank you Rachel for bringing them into our lives. But would my three-year-old niece finish two tiny pieces of sausage in order that she could share in the fun and eat one? She would not. She would have loved them as well.

Although I like to joke that I don’t know any songs that haven’t been either chosen by a guest on Desert Island Discs or featured in a BodyPump release (and this is partly true), I do like to listen to music, especially when I’m driving. I don’t need a lot of music in my life – once I find an album I like, I can listen to it solidly for around three months before I need to change it up. After knowing him for a while and knowing he was a singer-songwriter I finally got around to giving my friend Phil’s stuff a proper listen and it is right up my street – feelings, catchy tunes, and a mixture of styles. You can check it out on his website and it really is lovely stuff.

I finished season three of House of Cards at last. It only came out at the very end of February but this is definitely the slowest I have made my way through any of the seasons so far, and I must say this show is just getting worse and worse. Don’t worry, I won’t throw in any spoilers here as I know some people will get really mad. Suffice to say that it didn’t help that I couldn’t remember exactly what had happened with Doug and Rachel at the end of season two and couldn’t be bothered to go back and remind myself; unfortunately, it formed a major plotline for this season (I’m actually still not sure I understand what that was about). Also, the plotlines – which have always stretched incredulity way too far, even for someone with a high tolerance for that kind of thing (see my adoration for Scandal) – don’t hold up to the slightest scrutiny. All the pace and suspense that drove the previous seasons forward and supported swift binge-watching have evaporated; what’s left looks good but has little substance. At least Robin Wright’s Claire Underwood continues to be flawless.

And finally, because what week is complete without an attempt to get my skin into some kind of condition resembling healthy looking? I finally gave in to the Aesop Parsley Seed Cleansing Mask after seeing it recommended just about everywhere.

Here on the blog, I gave you my recommendations for the best places in Manchester for a quality cup of coffee, Rachel convinced you all to wear lipstick and Nicky admitted that being a good mother has meant becoming a slightly terrible person.

p.s. television shows I watch that I actually like, the best thing I’ve done for my skin and the best items for weekend dressing.