Neither Rachel nor I really saw it coming, but this is the year we both moved countries with our families – she to Gran Canaria and me to the Netherlands. The irony is that Rachel is living on the island where I lived after meeting Juan, while we have moved to the location that she and Pete were considering before the job offer in the Canaries came through. 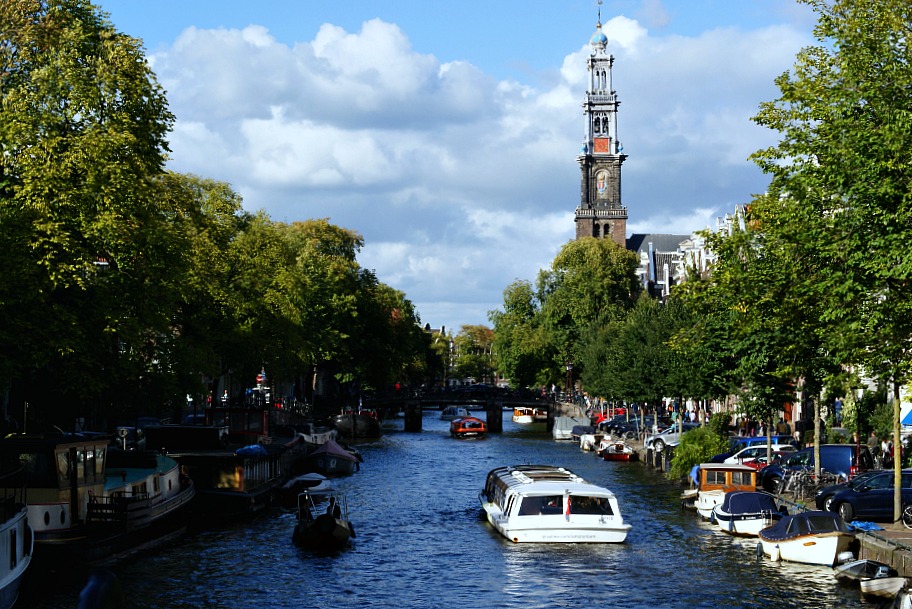 This decision happened fairly suddenly for us, too. Juan and I had been talking for months about moving within London, because by that stage even I had accepted that we had outgrown our 1.5-bed flat in Peckham. The trouble was, we couldn’t afford to stay in the same area (we wouldn’t be able to buy the flat we technically own if we had to get a mortgage now, let alone somewhere bigger). So, after drawing up a list of potential new neighbourhoods, we half-heartedly visited each for a Sunday recce. But nowhere excited us (me) in the same way as our home turf; plus, the houses we could afford there were hardly bigger than what we have, and those extra two-dozen square feet would have stretched us to our financial limit. Factor in the tedium and stress of competing for properties within desirable catchment areas and you can probably understand why we were at a stalemate with our London move.

Meanwhile, every couple of months, Juan was travelling to Amsterdam for work – and seeing its potential for an existence with (gasp!) more work/life balance. When he suggested asking his company for a transfer to the Amsterdam office, I told him to go for it, feeling secretly confident that his bosses wouldn’t approve the request. I enjoyed about a month of not having to endure serious talks about moving house, and burying my head beneath the foundations of the one we were living in, free once more to ignore the fact that anything I ever wanted to use was always behind/under/on top of at least three other things, like a giant game of Jenga; free to continue kidding myself that my whole London set-up was simplicity itself.

Then, one summer afternoon, Juan called me to tell me about the offer his company had made him, which was better than he had been expecting… And just like that, I had to get used to the idea of leaving London and moving to a country where I know no one.

Now, this is not my first rodeo:I travelled alone for two months after my A-levels; I lived in France before and during university; I moved to Gran Canaria on a complete whim when I finished my degree and ended up staying for two years (and marrying a local). I’m not from London and, although I love it, I never seriously saw myself staying there for good (bar a lottery win, of course). But I liked my life, and I liked its familiar (and hard-won) routine. The thought of leaping into the unknown was a much more daunting prospect at this point in my life.

Juan waited patiently for me to get behind the idea of moving, and told me we would only go if I was happy about it – but the flint-hard fact he tactfully didn’t mention was that I had very little choice in the matter. This was quite a reality check for me: I realised that my life choices and career choices had made me much more financially dependent upon my husband than I had let myself believe (or ever wanted to be). The ‘but what about my career?’ card was not a serious option, particularly because, as a freelance writer, technically I can work from anywhere.

So, I told my friends, family and colleagues that I was leaving and tried to think positive, all the while convinced that Holland was not the sexiest place I could be moving to and that I would probably end up just grinning and bearing the whole experience. Then Juan and I got on with the mad rush of flat-hunting, finding a Dutch nursery, getting quotes from removal companies, etc, etc, ad infinitum… And there was no time to think any more.

Had it been left up to me – the risk-averse one – Juan and I would have continued living the life London was dictating for us until, physically or mentally, we could take no more. But we’ve been in Amsterdam for two weeks now and I (we) honestly couldn’t be happier. Obviously we are still in the complete honeymoon phase… However, even without the city’s gorgeous parks, general child-friendliness, and cool stuff for adults, life in Amsterdam has a number of important pluses: Juan’s commute has gone from 90 minutes of train hell to a 20-minute cycle ride (most places are just a 20-minute cycle ride here); our (rented) flat not only has much more space, it also comes complete with a (swoon!) dishwasher, tumble dryer and utility room (things I have prayed for since becoming a parent); and we’re getting to spend a bit more time together. There have been ups and downs since we arrived – and I’m still getting used to being openly laughed at for persisting in wearing my (acid-green) cycle helmet when literally no one else wears one – but, all things considered, I think I’m going to like living here.

Have you been to Amsterdam? What sights do you recommend? Could you see yourself living here?

P.S. Why I still love London, a word on how great cycling is, and what to do when your to-do list starts to implode.