When we arrived in Gran Canaria, we had a holiday flat booked for two weeks and no idea where we were going after that! Everyone told us that the property market in Las Palmas moves quickly and so we expected (hoped!) to find a place in that time.

Pete was brilliant and got on the case straightaway, scouring property sites and calling estate agents in Spanish. We also quickly realised how hard it is to get anything done with two kids in tow – we traipsed to several viewings stuffing bread sticks in their mouths in a bid to keep them quiet!

Our holiday rental had an open plan kitchen/living room and the two bedrooms were directly off it, which meant once the kids were in bed we felt like we had to creep around so as not to wake them up. In a way, it was a good experience for us as we knew we’d need more space than that and a better layout – and I was keen to have room for visitors.

When we walked into our flat after a week’s worth of looking, we both knew it was a serious contender. It’s large and bright, reasonably modern inside and features refreshingly un-hideous furniture (a rarity in Las Palmas it seems). We moved in a few days later.  Having spent at least 3 years gutting and redecorating our flat in London, it was so nice to just move into this place and feel settled straightaway (after a short trip to Ikea…). If you fancy having a peek around, here are some pictures below.

We don’t quite have the sea views that Pete wanted, although you can see the sea if you lean out of the window far enough – I mean, we’re about 200m from the beach, which is basically living the dream, right? This is our walk to the beach. 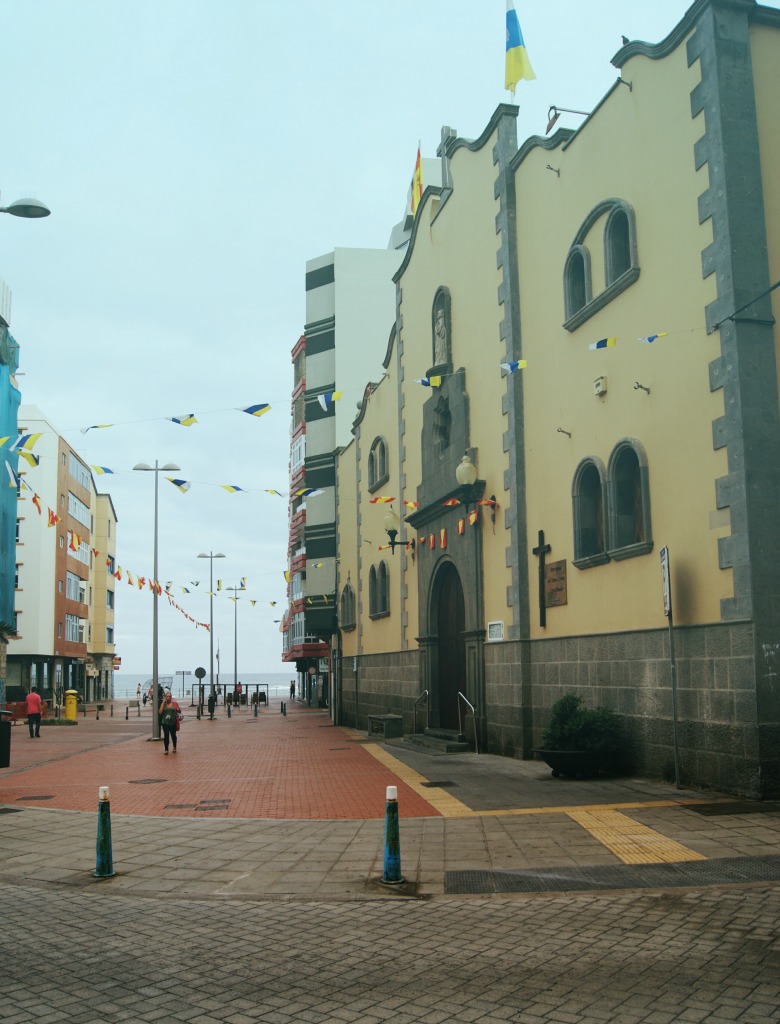 We’ve got one main kitchen/dining/lounging area which is away from the bedrooms so that we can relax in the evening (once the kids have actually fallen asleep) without worrying about waking anyone up. Also, praise be for the leather (pleather) sofa, which is standing up formidably to having mountains of sand and food smeared all over it. 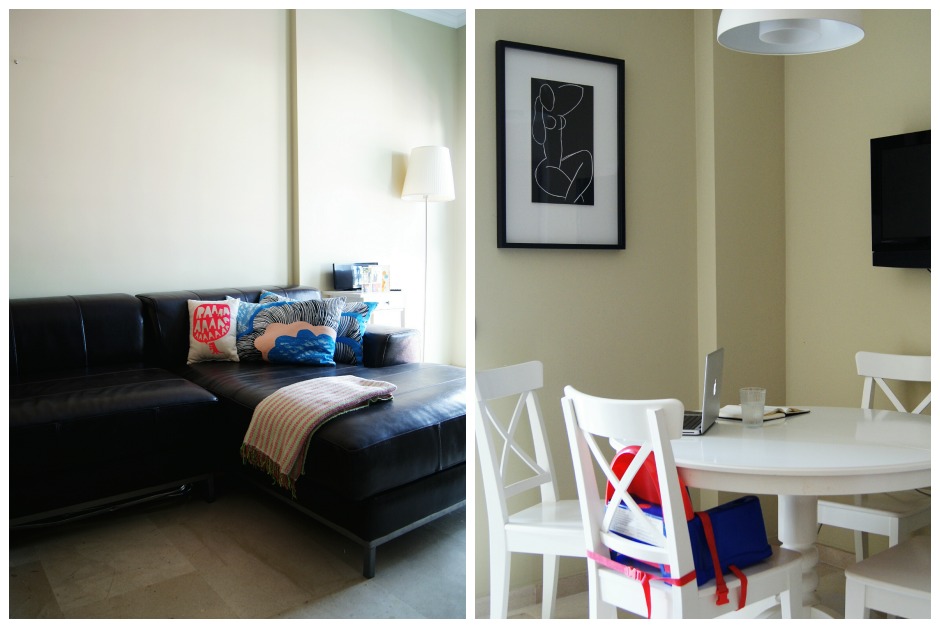 Despite the fact that Ikea has existed in Gran Canaria for many years, this kitchen was still one of the nicest we saw. No white cupboards and wooden worktop for us (boo!) but we do have a dishwasher (yay!), so all is forgiven. 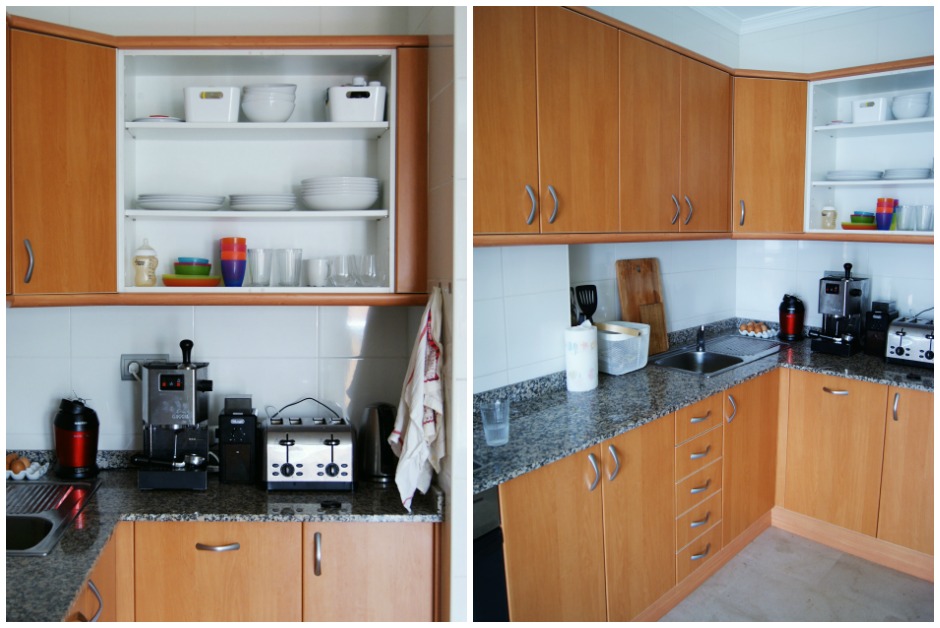 This flat has SO MUCH storage space: there are two built-in wardrobes in our room and another in the boys’ room. Also, see those rose-gold hangers? From Primark! 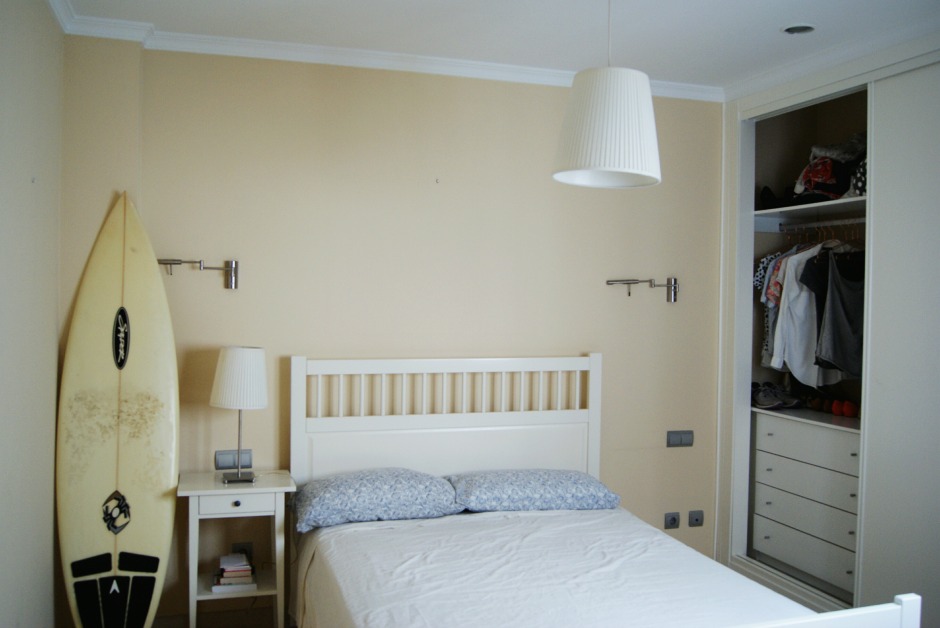 The flat technically has just two bedrooms, but we moved the bed out of the boys’ room onto the big landing upstairs and this will be our ‘spare’ bedroom. See that little white door? It leads to another huge storage cupboard. It really is the stuff of storage dreams! 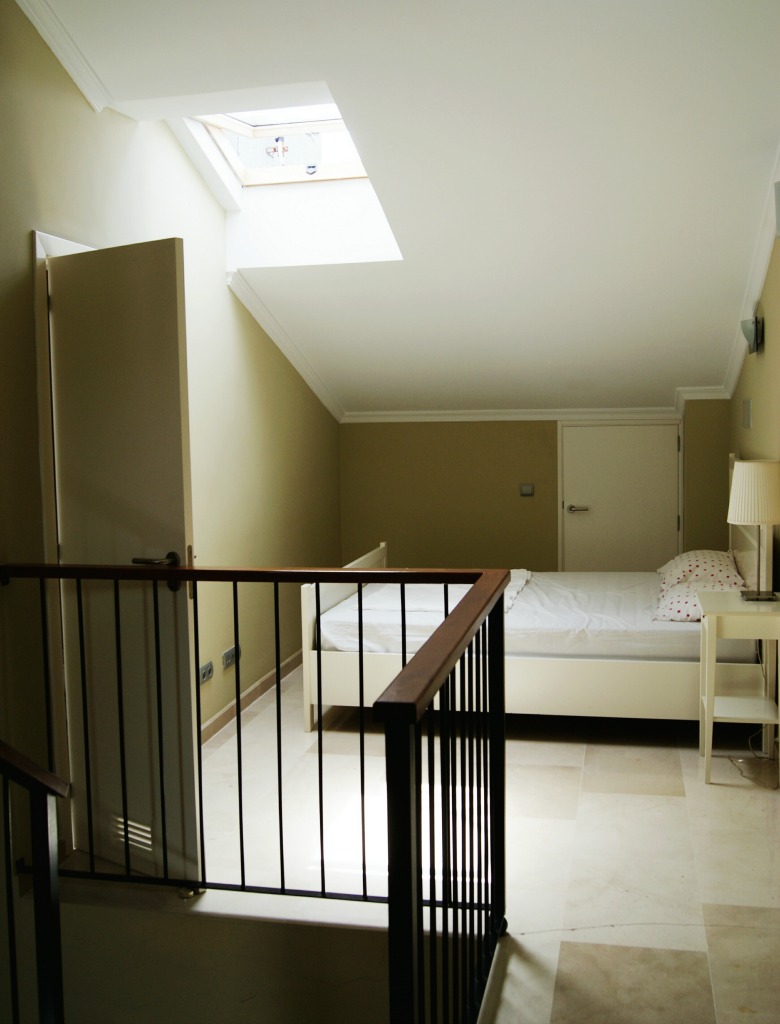 Finally: the boys’ room. We brought quite a few of their toys with us and bought some cheap storage boxes from Ikea. I love the wooden crate for the books. 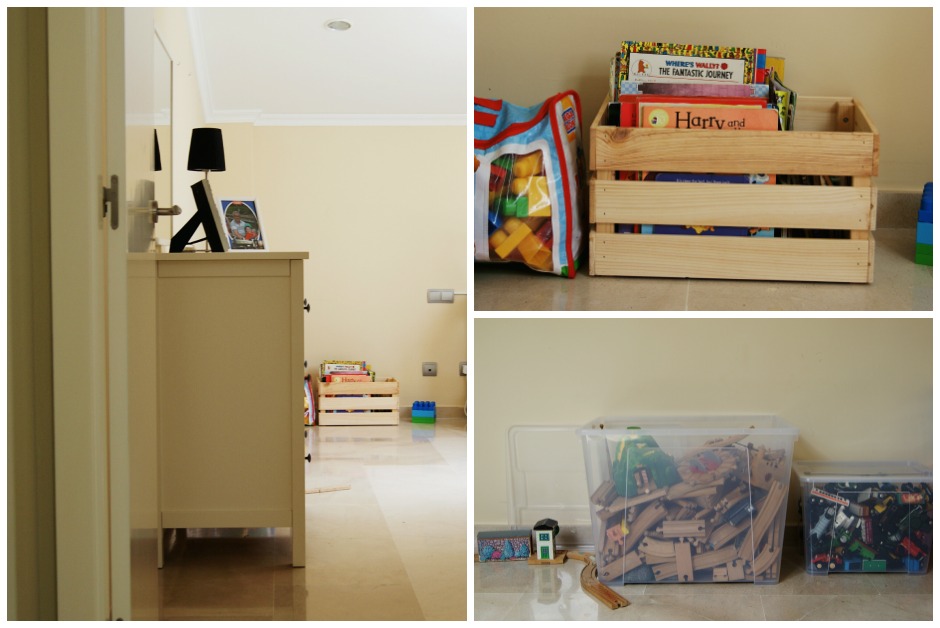 What do you think? The decoration is pretty basic at the moment (maybe we’ll add more over time) and I’m sure we’ll start accumulating more ‘stuff’ to fill it up, but for now it’s nice to have somewhere that feels like home already.

What are your must-haves when looking for a new home? Space? Location? No DIY needed?

P.S. Upgrading your home comforts, board games for grown-ups and what to watch on Netflix.