Before I had my son, when my job consisted of eating my way around London most nights, I took up cycling in a big way (I’m talking commuter cycling here, not anything that involved Lycra). I would cycle to the office, and later another few miles into London for a work party or meal, then afterwards I would cycle all the way home. I absolutely loved it. However, when I was pregnant with Oscar, I was hospitalised with a collapsed lung, and after I was discharged I didn’t dare cycle with a dodgy lung and my growing bump. So I ended up putting my bike in storage for two years.

For my birthday this year, however, Juan bought me a Brompton bike – and it’s the best present I’ve ever received. Now, despite having to catch the train to nursery with Oscar, and despite the fact that I freelance in lots of different offices, I can still cycle to and from the city instead of taking the Tube. (Also, my fear of looking like a giantess pedalling frantically atop a toy bicycle – which for so long put me off taking the financial plunge and buying a Brompton – has finally been assuaged: Bromptons are not only really nippy, they’re easy to handle, pedal, and fold, and there are so many on the roads that I don’t feel at all unusual on mine.) Suffice to say that in the past few weeks, I’ve completely fallen in love with cycling all over again. 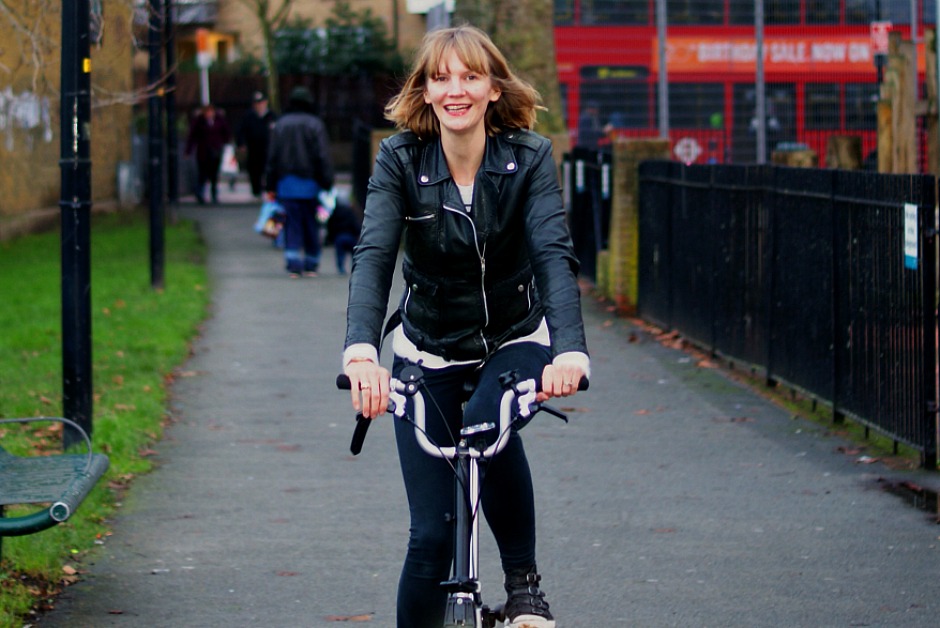 There are so many reasons to love cycling – the main one for me, as a self-confessed control freak, is that cycling allows me to get from A to B without any of the tiresome hold-ups common to other modes of transport: the hanging around on platforms for two whole minutes, the mechanical faults, the leaves on the line, the ‘this bus will wait here for a short time for a change of driver’ – even heavy traffic hardly holds up cyclists. I love being able to tell people what time I’ll arrive with a modicum of confidence – and knowing that I can get from door to door in one journey.

Another benefit of not using public transport to get around in London is that I no longer come into contact with so many members of public. I’m no longer waiting anxiously on the Tube platform for the opportunity to squash myself against someone’s sweaty back for 15 full minutes; I’m no longer held in strangulated captivity when someone farts in a packed bus. Sure, there are annoying keeno cyclists who compare gear and gadgets at traffic lights, and there are ragey riders who yell stuff at each other (one man once whizzed past me and shouted angrily,  ‘TOO SLOOOOW’)… but mostly people keep themselves to themselves.

Then, clearly, there’s the fit factor – cycling is great exercise (or at least it saved me from becoming a complete whale during my restaurant guide days). Not only that, but for weirdos like me who get a serious kick out of productivity, knowing that I’m exercising while travelling is true fist-bump territory. And it’s not just the exercise – cycling gives me the chance to get a bit of (relatively) fresh air after hours spent at my desk, and to shake off the day before I get home. It’s also good for the environment (*shines halo*). 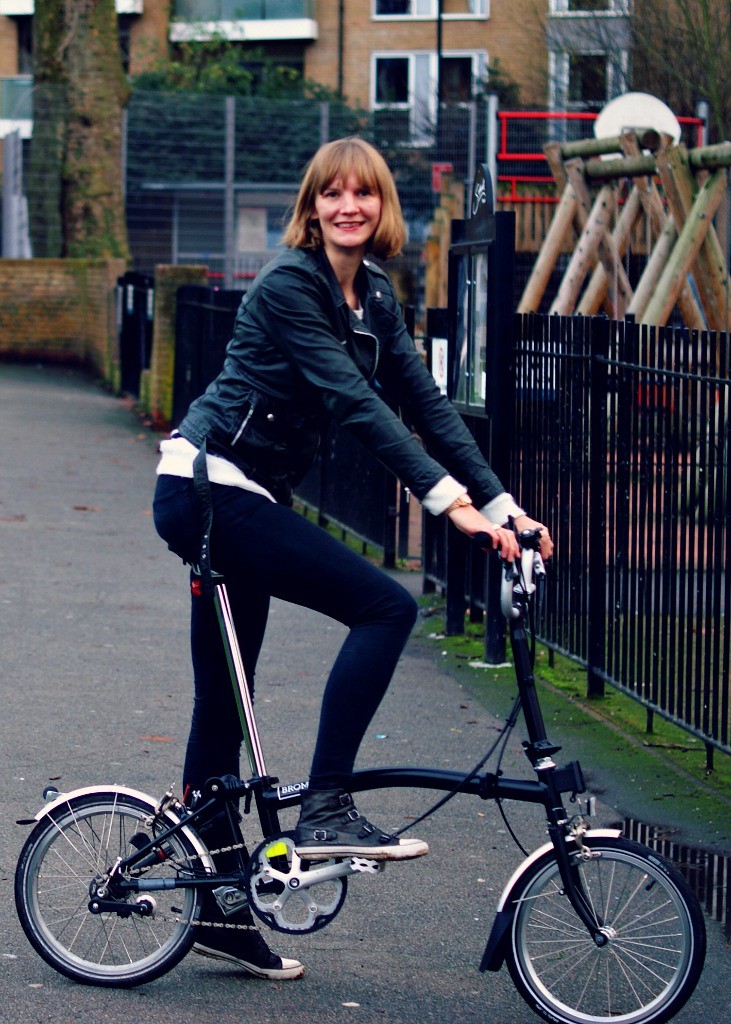 But perhaps best of all is the cash I’m saving. OK, so Brompton bikes are NOT cheap – but neither is the Tube. I reckon you can make back the money you invest in a Brompton bike before you’ve owned it for a year, if not your first six months of commuting on it (especially if you buy it via the cycle-to-work scheme) – and if you buy a normal bike, you’ll get a return on your investment in weeks. So, all things considered, I would say that getting on your bike is probably the best resolution you can make in January.

Have you tried cycling to work? How did you find it? And are any of you Brompton converts?

P.S. Why swimming is my other sport of choice, the lessons I learnt from my Tube commute, and how to stay zen if you decide to soldier on with public transport.

The best way to apply foundation