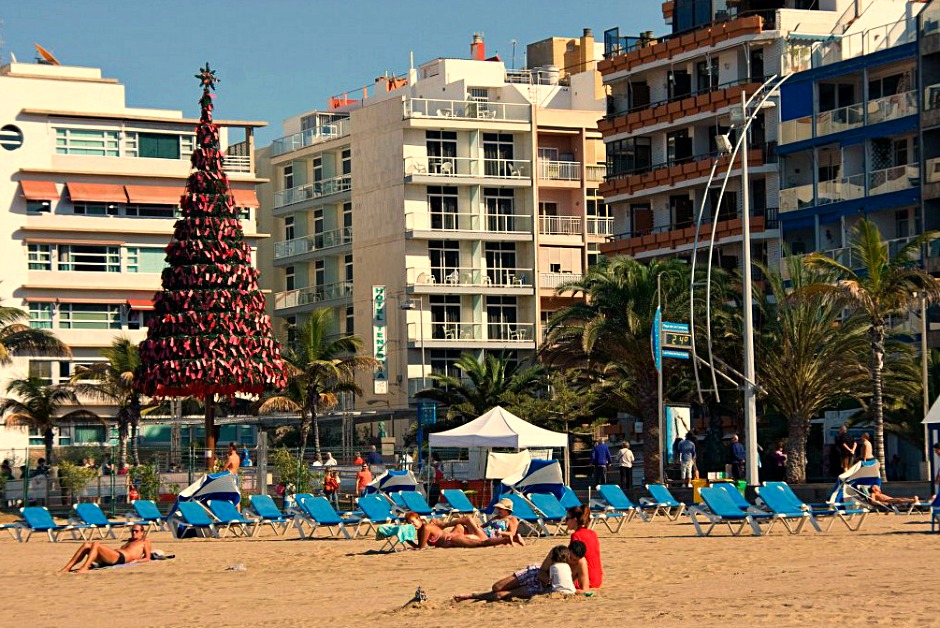 Happy Sunday everyone! How is January panning out for you so far? I’m currently finishing another holiday in (you guessed it) Gran Canaria – although with slightly better weather than last time. Although a Canarian start to the year is nothing like the cold, grey January we’re used to in Britain, and the good times are slightly extended thanks to the Spanish tradition of Reyes (yet more presents to celebrate the arrival of the three kings at Epiphany), the post-Christmas downer and accompanying New Year resolutions still have their place here.

My regular resolution is to be a bit more kind to myself: to do more things because I want to rather than because I think I should (I’m an incurable people-pleaser). This year, I’m also going to try to look after myself a bit more. Since Oscar was born, I’ve been (like most mothers, I guess) prioritising other jobs above sleep, skipping meals and ignoring aches and pains, and I feel I need to redress that balance sooner rather than later.

On a lighter note, here are some of the things I’ve been up to this week:

1. Reading this very interesting and refreshingly honest article on what life is like for a white, middle-class, Oxbridge-educated male (aka Ruler of the Universe). Answer: pretty darn sweet.

2. Doing some token sales shopping. This being the first year in a while that I haven’t received any pyjamas for Christmas (Rachel would be horrified), I bought some of my own from this Spanish brand.

3. Bingeing on (in my view) Juan’s best Christmas present – the box-set of True Detective

. Rose isn’t a huge fan, but I loved everything about it: the gripping story, fab acting, incredible cinematography – and, of course, those buff McConaughey guns. Roll on series two.

4. Reading about my experience at an all-girls’ school. Someone was taking notes… especially on Valentine’s Day (no, I was not one of the ‘lucky ones’).

5. Getting Oscar to, er, hold a spoon. Quite early on in the weaning process, I lost patience with his compulsion to throw cutlery on the floor, and decided to spoon-feed him ‘until he got used to eating’. That plan back-fired spectacularly: at one year old, my son, by then used to receiving food like a baby bird, refused any attempt I made to get him to bring a spoon to his own mouth. This week, with more time and energy and the wind behind me, I got properly on the case. After a bit of cajoling/blackmail mixed with manic encouragement, I have now managed to get him to grasp the spoon handle lightly and put his own food in his own mouth – albeit, while screwing up his face and protesting. But this is progress.

6. Buying a classic pair of black pointy shoes in the airport. And lusting after some lush – and, importantly for a woman taller than her partner, flat – Steve Madden boots I also spottted but can’t afford.

7. Giggling at bad menu translations over here. My fave so far this trip: a restaurant menu offering ‘bags of teror’ [sic]. We have no idea what these might be… and don’t dare find out.

8. Planning our summer holiday. We never usually do it this early, but Juan and I have made a joint resolution to see a bit more of the world this year, rather than feeling duty-bound to visit the rellies here. First stop: Turkey. Unless you can recommend somewhere..?

On the blog this week, Rose introduced our series on embracing exercising in 2015, Rachel shared a healthy but irresistible noodle salad recipe, and I aired some of my thoughts on our blogging journey so far.

What New Year resolutions have you made? Have you managed to keep them so far? And what have you bought in the sales?

SFTW – the third instalment: extroverts vs introverts and Grazia shame