When George was tiny, I was chatting to my godmother and she asked if me if I ever had a bath with him. She even said it would be nice to breastfeed him in the bath(!). It had honestly never occurred to me, but as I thought about it more, it actually sounded like a nice idea. So I gave it a try, and it’s lovely – there’s something so soothing about being in warm water, and George has always loved his bath. It also meant that I could stay in the bath on my own for a bit longer while daddy put him to bed – ha! 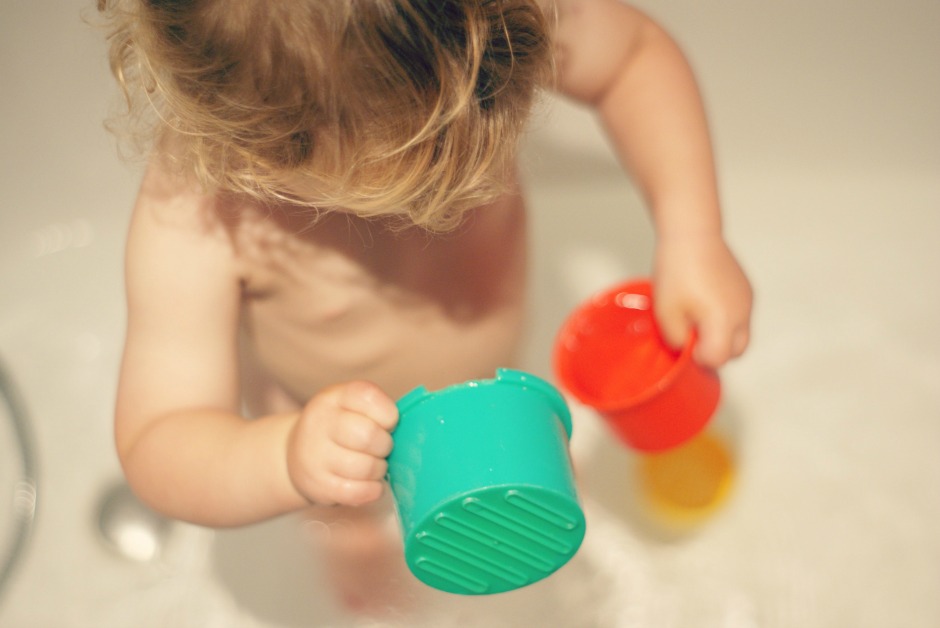 Obviously, I don’t do this all the time, but every so often it’s a nice way to just hang out and play in the water. And now he’s a rambunctious toddler, having a bath together is a great way to sneak in extra cuddles while surreptitiously trying to wash his hair (is that a nightmare for anyone else?). Plus, George loves it when I get in the bath; he thinks it’s hilarious. Watch out for inquisitive hands trying to poke your nipples, though…

I don’t know about you, but when it gets to five o’clock (and often even earlier…), I’m counting the minutes until bedtime. The tendency is to rush bathtime, but if I get into the bath, or – more often than not – sit on the side with my feet in the water, it helps me to switch off and we can both have fun. Invariably, it helps bedtime go more smoothly as well.

What about you? Do you ever get in the bath with your babe?