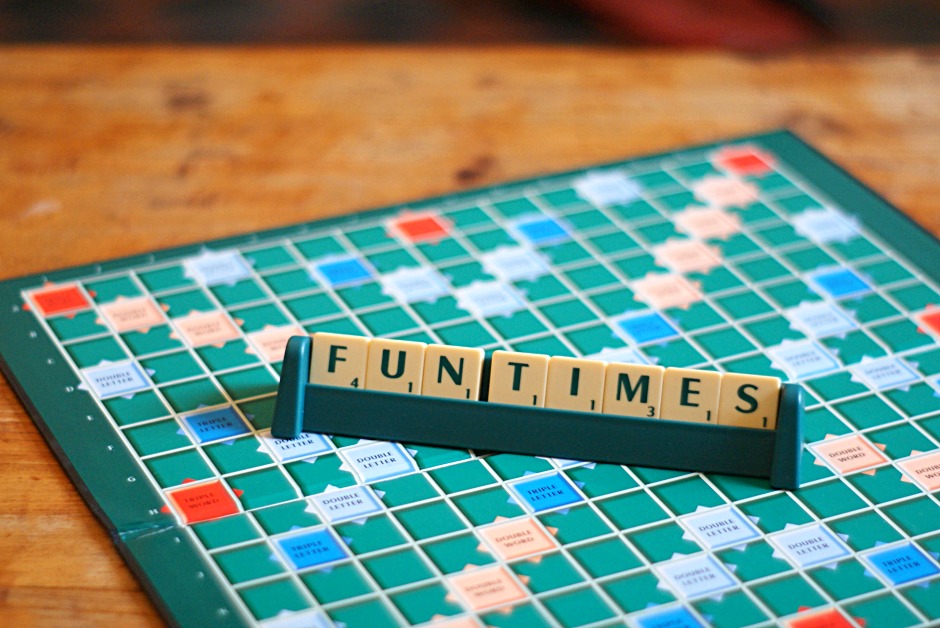 As you get a bit older, weekends tend to revolve less around super-late nights, clubs and cocktails, and more around activities that can be enjoyed at home. Cue lots of dinner parties – either chez toi or at friends’ houses. Granted, you still have to venture out to get to someone else’s house, but if they’re close friends at least you can pop the button on your trousers when you’ve eaten too much. And once you’ve eaten and drunk and caught up and someone has vetoed karaoke (boo!), then may I suggest games as an after-dinner thing to do that doesn’t involve ranting about politics, the environment, or how much you love the Kardashian Wests?

I personally don’t confine gaming to autumn and winter, but they are especially suited to the months when the dark and the cold (and the lure of Strictly) make leaving the house of an evening an unappealing prospect. With Christmas just around the corner (apologies for the early mention), let me remind you that games also make excellent presents and are the perfect way to include the whole family once Christmas dinner is out of the way and everyone has moved into full-on leftovers-and-gin mode.

Now, I have always had a fondness for a game. As children, my siblings and I played loads of board games – Scrabble, Cluedo and Ludo to name a few. We had epic Monopoly games in which my eldest brother would focus on the light blues and quickly construct hotels before ruthlessly bankrupting the rest of us one at a time. We had an edition of Trivial Pursuit that was so old I didn’t know any of the TV/pop culture answers (which is usually where I clean up) but that we continued playing for years nevertheless; I think I eventually got good at it by sheer force of memory.

We were also big card players, and spent many a wet fortnight in Cornwall sat around a fold-out table in our family tent playing whist. It was honestly a shock to me when, as an adult, I went on holiday with Rachel and she baulked at the very idea of playing any games at all. I finally coaxed her into some gentle card games, and some dots and boxes but her heart was never really in it – and what’s the point of beating someone who doesn’t care if they lose?

It’s true that games can be a source of much tension (especially if you play with competitive people), and my family and I have had many a game-related row, including one particularly explosive round of Settlers of Catan a few Christmases ago of which we don’t speak. But games can’t be beaten for an indoor participatory activity in which you can involve everyone from your best friend (not mine though) to your Grandma.

I don’t’ think Scrabble, Monopoly and Trivial Pursuit need much more to recommend them – they are classics. However, I wanted to suggest a few lesser-known games that you might not have heard of in case you’re looking for something new to try this weekend or at Christmas. Here are a few options that will give you a high-fun return on your investment:

Settlers of Catan
This is my number-one recommendation: if you buy only one game this year, make it this one. It’s pretty hard to describe it in a way that makes it sound like it has mass appeal – but believe me, it does (it’s a bestseller in the US and Germany). Essentially, you farm raw materials to build roads, settlements and cities in order to win ‘victory points’. The first person to accumulate 10 victory points is the winner. It involves a ridiculous amount of fun and is highly addictive – I’ve spent more than one entire afternoon/evening playing this alone.

Bohnanza
A card game in which you’re all bean farmers and you have to harvest your beans to make gold. She who earns the most gold wins the game (as in life, so in Bohnanaza…). This is easy to pick up and can cope with between two and seven players, so it’s suited to most groups. In my family, we tend to play ‘best of five’ rounds, but a single game only takes around 15 minutes if you don’t have that kind of stamina.

Love Letter
Love Letter was brought into my life quite recently by my sister and her boyfriend, and I was immediately smitten. It’s another card game – but this time, instead of gold, you’re collecting tokens of affection from the fickle Princess Annette. This is a quick and easy game to learn and play and is an all-round winner as far as I’m concerned. It also comes in a delightful red faux-velour bag with a ‘gold’ string tie and lettering – the mock-luxury of it just really pleases me.

Articulate
Not a secret, but a modern classic for a reason. This is the game that my sister and I are banned from teaming up to play, because, we don’t even really need to use words to understand each other. In our family, we ignore the spinner in the middle (who actually uses that?) and keep playing for as long as we can before someone storms out crying foul play.

Celebrity
Neither a board game nor a card game – all you need is paper, pens, and at least some pop-cultural knowledge. Everyone writes down the names of a bunch of ‘celebrities’ (or any well-known personality, real or fictional) and all of the names go into a hat. In teams, you take turns to pick names out of the hat and describe as many as you can to your teammates in one minute. That’s round one. For round two, all the names go back into the hat, only this time, you just use one word to describe each celebrity. For round three, you can only mime. My sister and I sort of kill this game when we’re in a team together, too. We also tend put the same people into the hat every time: namely Taylor Swift, Hillary Clinton and at least one Kardashian.

What’s your favourite game? Does anyone else have major rows over games, or is that just us?