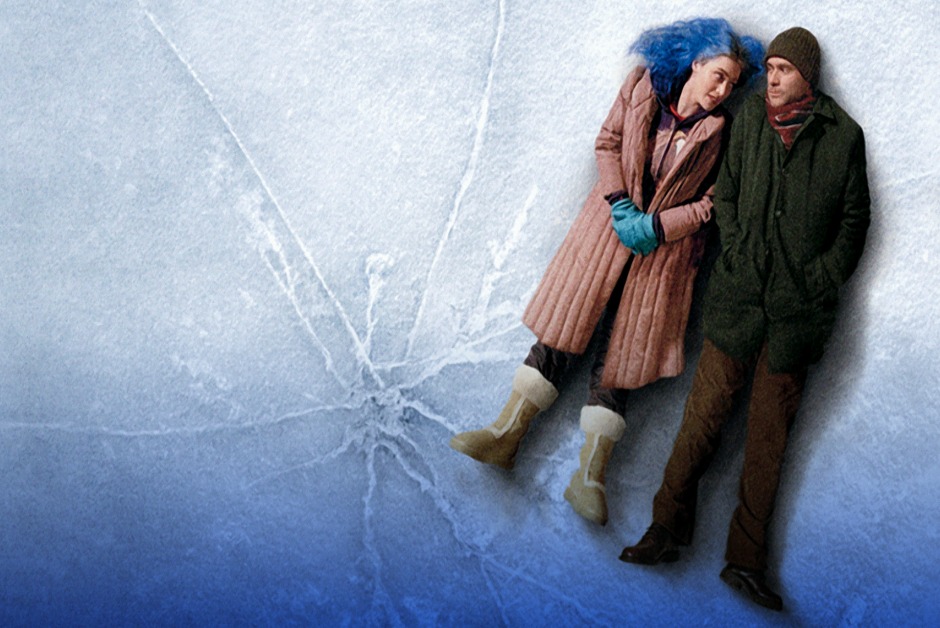 It’s mid-January. It’s cold and wet, it’s still incredibly dark, you’re broke and the fun you spent all your cash on over Christmas and New Year is now feeling like a very distant memory. You don’t want to go out tonight even if you could afford to, and in a few weeks it will still only be February (ugh).My suggestion? Go with it – embrace the general gloom by hunkering down with some sad films. Finding your companion is key here and so I’ve put together a list of movies that, whilst having other merits to recommend them, also have that all-important wallowing quality – they are guaranteed to set me off crying. These are, in my opinion, the five best movies to cry to.

Eternal Sunshine of the Spotless Mind

This takes top spot for the sheer number and length of sobs it supports. I’ll probably have the first one when they’re under the covers and she asks him if she’s ugly; there’ll be a couple more  peppered throughout; then the final 15-20 minutes is just full-on weeping. I love this film and have watched it many times – an honour bestowed on only a small number from my collection. The simple premise of this film is wonderfully executed, and if you can’t cry at this story then I think you’re probably a robot.

I’d already read the book (which I also cried through, in case you were wondering), Anne Hathaway’s accent was annoying the hell out of me, and I was with my sister who I knew would laugh at me if I cried (she did). Yet when I went to see this at the cinema back in 2011, it still got me. There I was in Canada Water, quietly dabbing at my eyes with a discreet tissue while my sister squinted at my face in the dark  ‘Are you….? Oh my God, you are! You’re crying! Hahahahahaha!’.

This movie will probably feature in any list of films I will ever make, and I’m not going to apologise for that. It’s my all-time favourite film and – barring childhood obsessions such as Grease, Mrs Doubtfire, and Cool Runnings (wait, why isn’t this on the list?!) – it’s the film I’ve re-watched the most. Now I know you’re probably wondering how a gentle romantic comedy can make you cry. It does, it does. You have to have a bit of patience with this one and wait until the end to get there – her clearing out the shop for the last time just doesn’t do it for me – but it should still deliver. By then she’s been messed around by this perfect man from the internet for a good while, she’s separately fallen in love with the man who ruthlessly and without apology put her bookshop up for sale (the one she inherited from her dead, perfect mother, no less) and she’s arrived in Riverside Park and realised they’re the same person!  ‘I wanted it to be you. I wanted it to be you so badly.’ And off I go….

We’ve got some repetition on the list now (Meg Ryan, a devastating bicycle accident); this film also delivers some of Nicholas Cage’s worst/best acting. City of Angels is designed to make you weep, so don’t fight it – embrace the melodramatic soundtrack and just immerse yourself in the heartbreak without analysing it.  I don’t own this movie and I’ve never sat down to watch it on purpose, but it’s one of those films that always seems to be on TV. If I’m ever flicking channels and happen to come across it, I’ll always stop and watch it for the sake of a good cry.

Bear with me on this one! Overall, it is undoubtedly a jolly romp with lovely animation that pleases the whole family. But that scene where the penguin moves in, covers the dog-bone wallpaper in Gromit’s bedroom with his fish one, and changes the radio station while Gromit is outside with his bindle and his big sad eyes? It gets me every time. Every single time.

What do you think of my list? Which films are guaranteed to activate your tear ducts? Let me know by leaving a comment!