I went to New York a few weeks ago. This was my third visit but the first that has lasted longer than a few days. I was there to celebrate the wedding of a dear friend, but I also gave myself some time to explore the City and wanted to share with anyone who’s got a trip coming up some things I would definitely recommend doing. New York City is the kind of place that you will always leave with things you would love to do still on your list. But here are six ‘to-dos’ that I would suggest you add to your itinerary if you are heading there soon: 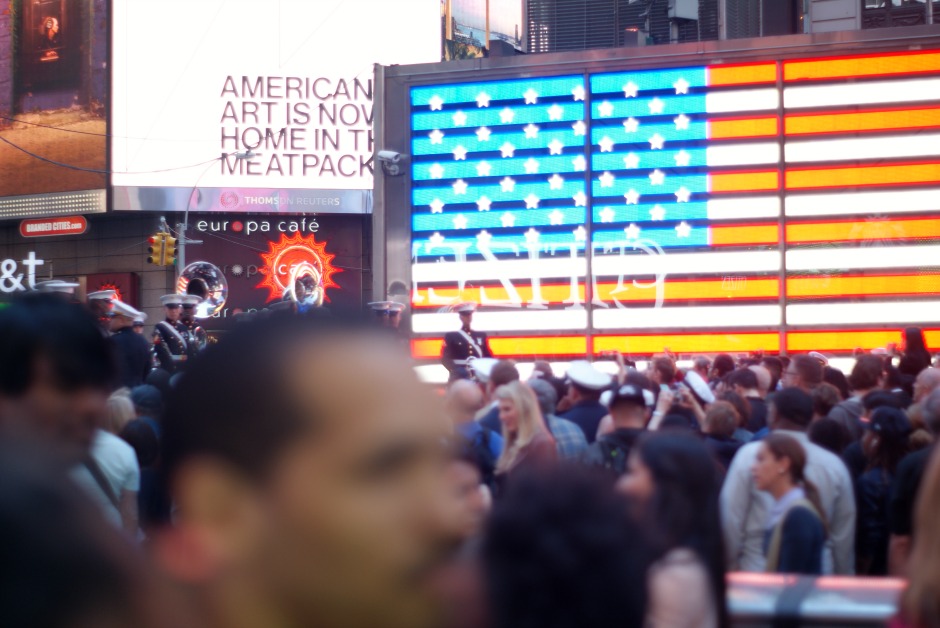 ‘Duh!’ I hear you cry, but I couldn’t miss this one off the list. There are so many galleries – large and small – in New York that you’d be mad not to visit at least one. Coming from the UK, where we are used to free art galleries, I found the cost slightly off-putting, but I think the $20 I spent to get into the Museum of Modern Art (MoMA) was worth every cent. I spent a good few hours in here and by no means saw everything that is on offer. I even had a weep at one of Van Gogh’s works – and you know how much I love a good cry. I decided to visit this particular museum on a whim (I’m not a great planner); for my next trip, I plan to go to the Whitney. 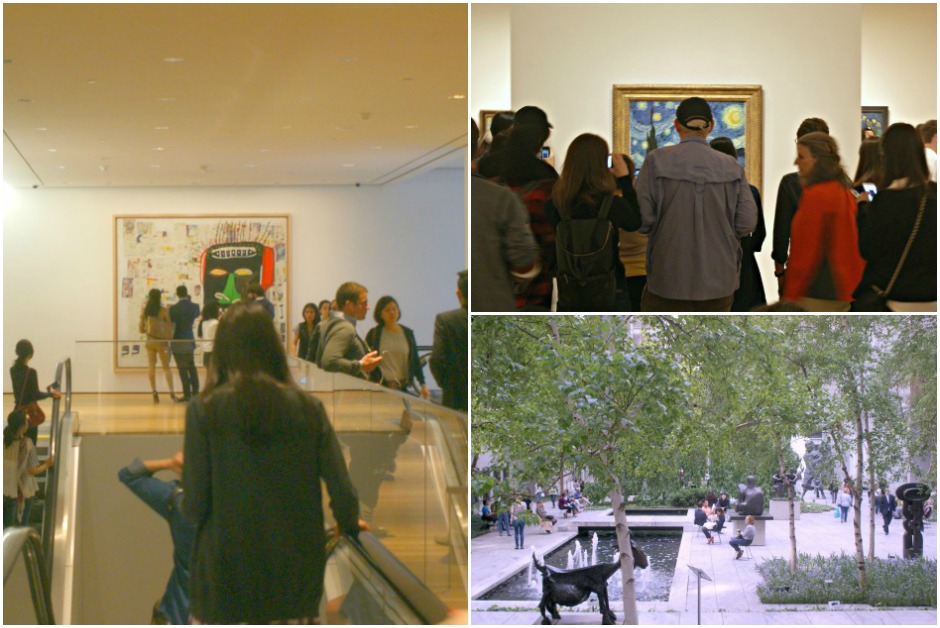 2. Visit scenes from some of your favourite films and television programmes 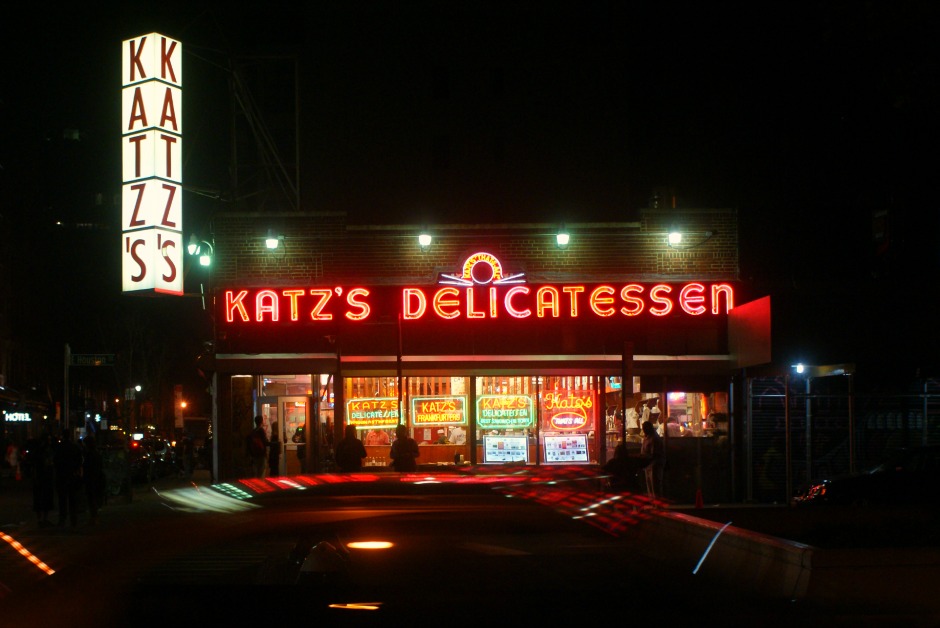 New York City has been the backdrop to so many of our favourite films and television shows that I couldn’t begin to list them all. For me, it is the setting of my favourite film – You’ve Got Mail – and so I couldn’t resist taking a walking tour of the Upper West Side to see first hand the real-life locations of some of my favourite scenes, including Zabar’s and Riverside Park. If you too are a You’ve Got Mail fanatic then this map is great for finding your way round the movie’s scenes and this company offers guided tours that look pretty good.

When I popped to a gig on the Lower East Side I was also pleasantly surprised to find myself outside Katz’s Delicatessen, where probably the most famous scene from When Harry Met Sally takes place. I didn’t go in – I’m a vegetarian so the food doesn’t hold much allure for me.

3. Get out of Manhattan

There is so much to do in Manhattan that you could easily spend your whole break here and never get bored. The other boroughs have loads to offer too, though, and I definitely recommend heading off the island to see the rest of New York. On this trip, I found maybe the best pizza I’ve ever eaten in Paulie Gee’s in Brooklyn, and I thoroughly enjoyed the Museum of the Moving Image in Queen’s – it’s currently showing an outstanding Mad Men exhibition. If you don’t fancy leaving Manhattan for too long, then simply take a free trip on the Staten Island Ferry – it’s worth it for the view of the Statue of Liberty and the Manhattan skyline alone. Having said that, the view from the Subway station by my friend’s apartment wasn’t too shabby either. 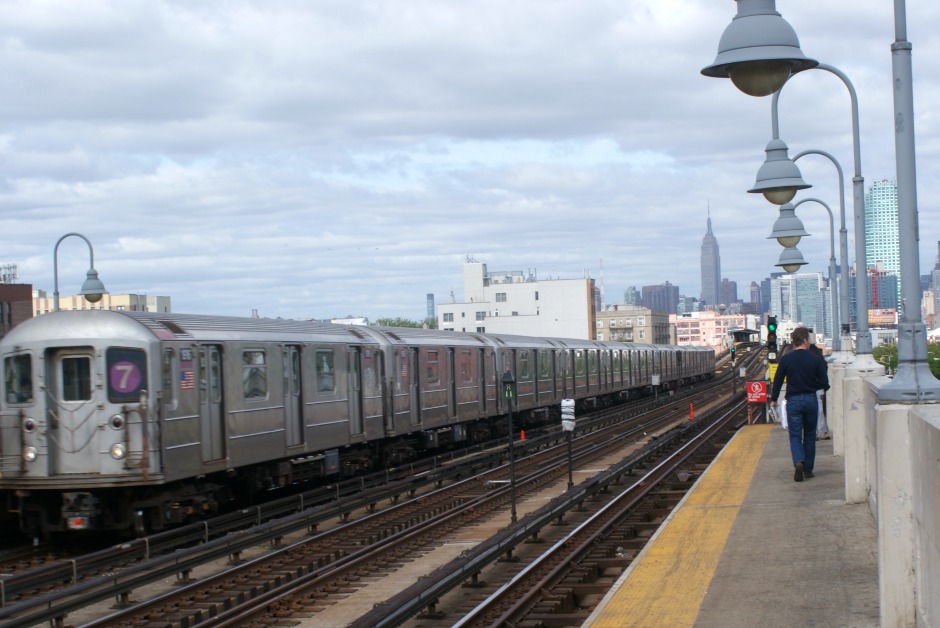 4. Eat as many doughnuts as you can

I am a recent convert to doughnuts. They’re one of those things I just thought I didn’t like (see also: sticky toffee pudding). The US in general is just better at doughnuts than we are and so this ‘do’ probably goes for a trip to anywhere in America. I have to admit that I did not eat as many doughnuts as I would have liked – there is only so much I need to eat in a 10-day period, y’know? However, my top doughnut recommendations are Dough and Doughnut Plant. 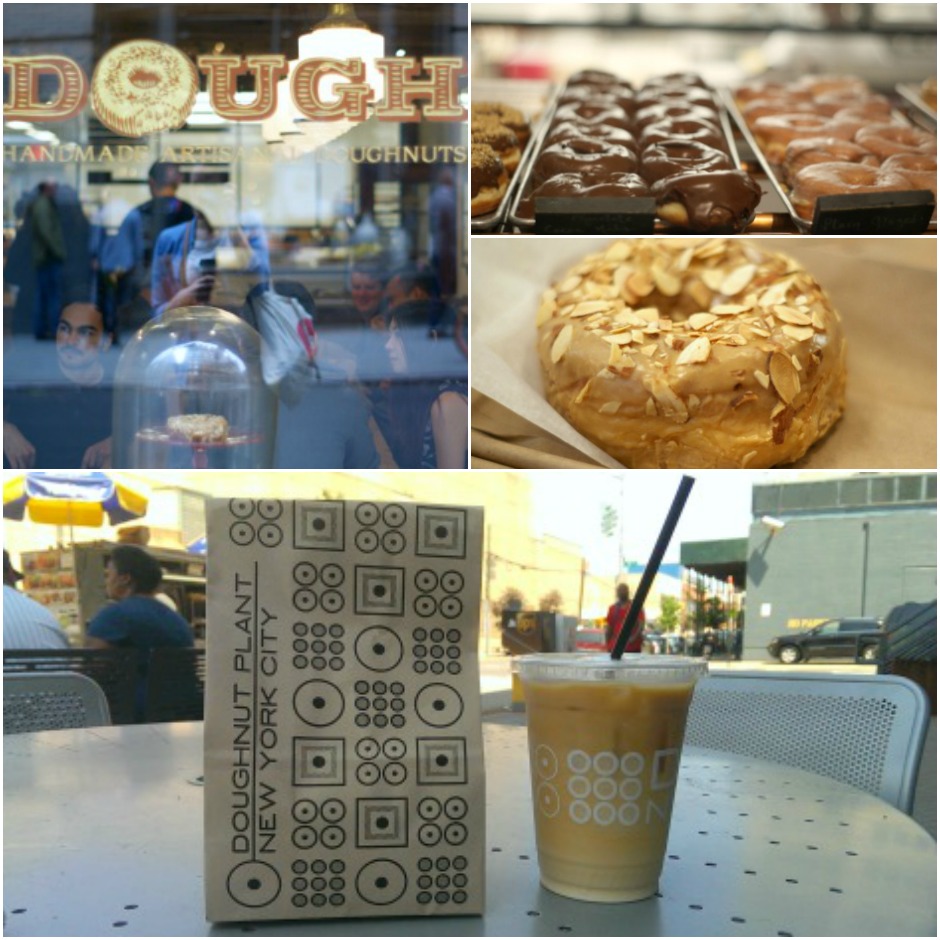 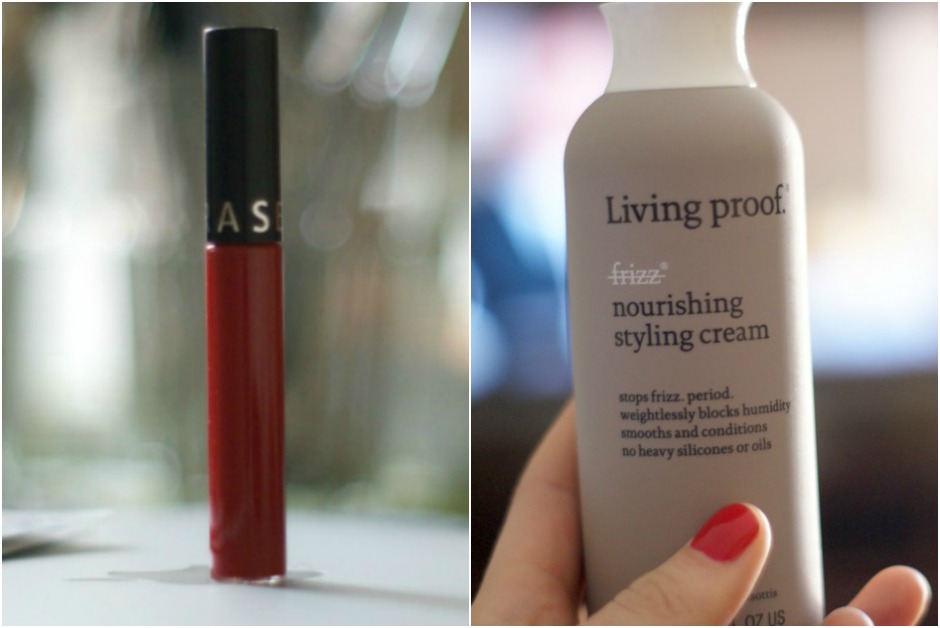 I actually didn’t feel the urge to do a load of shopping when I was in NYC – it’s not that much cheaper than the UK, and I think there are better ways to spend your time abroad to be honest. Having said that, the top shop on my hit list and without a doubt the place I went into the most times was Sephora. Not only do we not have Sephora in the UK, we also don’t have a close approximation of it. If you don’t know what Sephora is, think of it as a Space NK crossed with the make-up section of a really nice Boots.

I had wanted the Seprora Lip Cream in 01 (the perfect red shade) for a while, and I also bought a Beauty Blender and the Tarte CC Undereye Corrector. If you want a specific shop recommending, I think the store on Lexington Avenue is the best (bonus point: it’s opposite Bloomingdale’s). The best purchase of all, however, was this wondrous hair cream which eliminated the frizz halo I had been sporting for the first couple of days – the humidity! The good news is that you can buy it in the UK too.

A classic choice when you’re in New York and one I fully endorse. I’m not normally a musicals person (I prefer plays), but I had had a hankering to see Wicked for a while and I decided there was nowhere better to do so than in the place where it all began. The ticket was expensive (about $100) but I had a fantastic seat and would happily pay that much again to see such a high-quality show. I would much rather splurge on an experience like this than spend the money shopping.

Anyway, having gone into Wicked knowing nothing much about it other than the Defying Gravity song, I quickly realised this was a story about an intense female friendship coupled with some widespread misunderstanding of a powerful female, with some politics and romantic comedy mixed in – i.e. my dream show. Even the annoying English people I was sat next to, who kept murmuring about how it wasn’t as good as The Lion King and that they wished they’d gone to see Mamma Mia instead, couldn’t bring me down. I have been playing the soundtrack solidly since I got back and inserting ‘no one mourns the wicked’ into most conversations I’ve had back home. 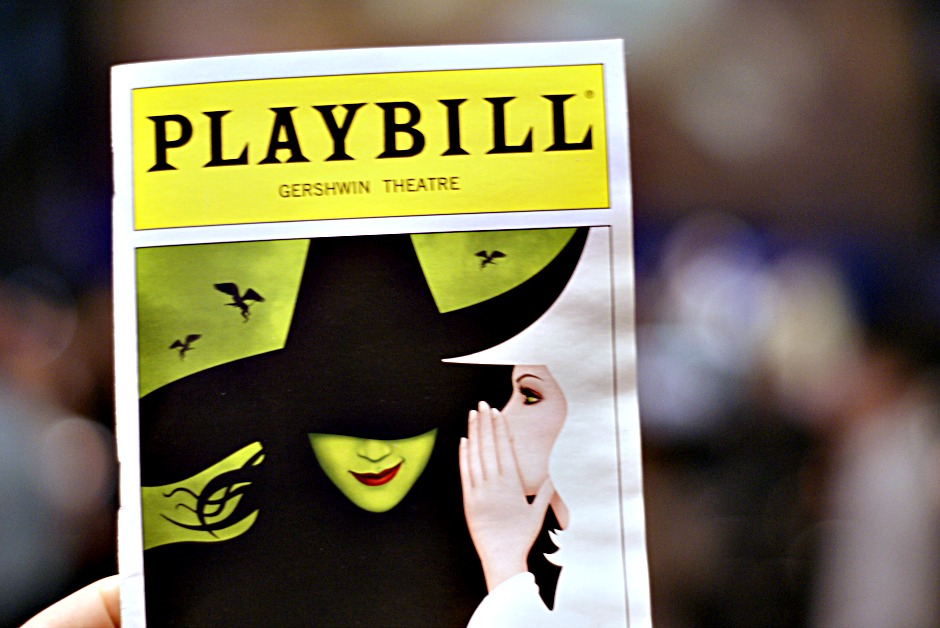 Because actually, six things aren’t anywhere near enough. I would also advise you to:

Have you been to New York? What would you add to this list? Let me know by leaving a comment.

P.S. What I wore to the wedding, the story of my journey there and what Rachel got up to on her recent trip stateside.