Before I had my own baby, I saw mothers going ga-ga over their offspring and wondered, in that slightly awkward British way, why they couldn’t keep a lid on all that gushing until they were in the privacy of their own home. The coy smiles exchanged when their child engaged in any way with a third party; the cutesy one-sided conversations full of ‘you’re the best… yes you are’; the unwavering, laser-beam attention to and wholehearted approval of absolutely everything that the baby did – these ‘excesses’ weren’t going to happen to me when I was in their position. I just wasn’t that type of person.

Now picture me giving a hollow laugh – feel free to laugh along if you like. 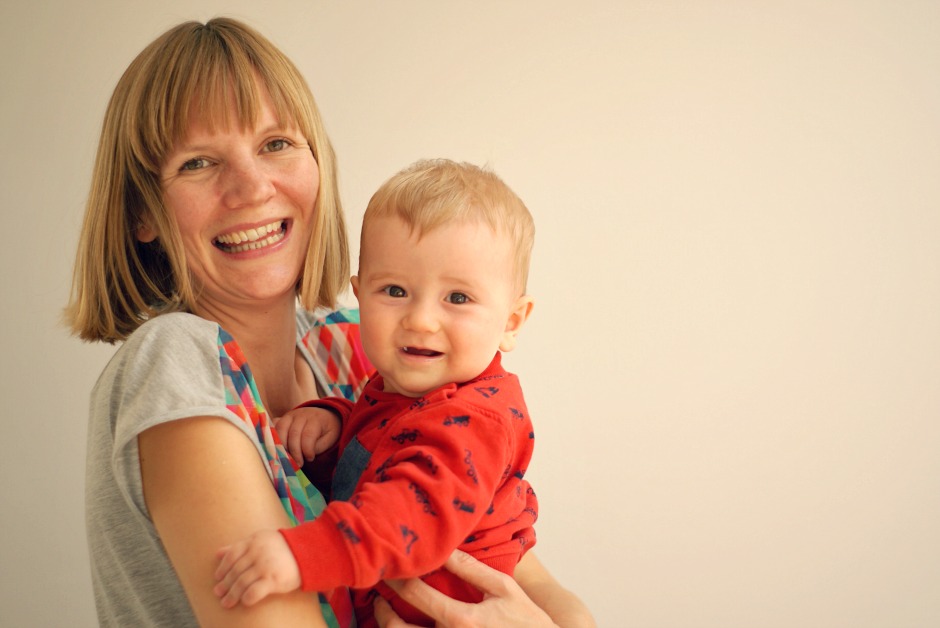 Of course, now that I am a mother, I am an unbearable one. A stranger told me early on that even though you think you love your newborn, you only grow to love them more as they get older – and it’s true. The more time you spend with them and the more they develop their personality, the more addicted you become. The better I’ve got to know Oscar, the more I’ve fallen head over heels for him. He’s been my sidekick for more than 14 months now, and I’ve grown used to wandering around in a bubble that perfectly fits us two, and to hell with the outside world. Just over one year in, I’m already at the stage where I think he’s the most beautiful / funny / caring / [insert adjective here] little character ever to exist. There’s no going back.

Now, on the train to nursery, it’s me smiling pathetically at strangers when Oscar waves at them or does something ‘cute’ (a broad umbrella term for anything from raising an eyebrow to burping or even full-on nappy filling). Even on bad days, his screwed up pickled-onion face makes me giggle, his grumpy just-woken-up expression makes me forget how difficult it was to get him to sleep in the first place (though not any more, thankfully!), and his public whining brings out my protective side, so that when he’s trying to rifle through someone’s bag or grabbing for their phone or screaming in their face, I’m outwardly patting and shushing and scolding but inwardly daring anyone to even THINK of evil-eyeing him.

I know why this happens – quite apart from a primal need to see our offspring blossom, there’s the modern cult of motherhood that endorses such behaviour and attitudes. What I can’t work out is why, as a halfway intelligent and educated person, I can’t be more objective about my son. Other people’s babies are lovely, cute and cuddly, but their every blink and babble doesn’t enthral me in the same way as those of my own child. Objectively, I know that this is true of any non-relative who looks at or spends time with Oscar, but some peculiarly hard-wired hormones prevent me from truly believing that this could actually be the case. I just love everything about him.

Because despite the hardships, it’s just such a pleasure and such a privilege bringing up a child. Those sleepless months of round-the-clock care are molecules that make up an unbreakable chemical bond between you and your baby; every day, like some sort of live time-lapse sequence, you see them build on something they learnt the day before, until suddenly they’re smiling, or sitting up, or throwing a ball, or taking their first bite of proper food, or calling your name, or running across the room. All that energy, all that patience, all that effort channelled into one person in the form of unconditional love – how could it not end up skewing your perception? And how could demonstrating that love to your child on a regular basis really be a bad thing? Perhaps this out-and-out love-in is a form of self-love (or at least self-preservation), since you’ve nurtured and protected and shaped them since birth.

So I’ve given into all that love. I couldn’t give a hoot if strangers judge me for getting gooey over Oscar. I’ll do anything to raise one of his throaty giggles – and then I expect EVERYBODY within hearing distance to stop in their tracks, turn in wonder and gaze upon him, smitten. I’ll happily chatter to him when we’re out and about without worrying about sounding vacant or self-important (or both). I try to keep the gushing low-key; I really do. But the line between public and private forms of gushing is fast becoming invisible.

Are you ga-ga for your baby? It’s Mother’s Day this Sunday – so feel free to let it all out!

P.S. What giving birth is really like, How to survive the first three months of parenthood, and Seven questions not to ask a new mother.