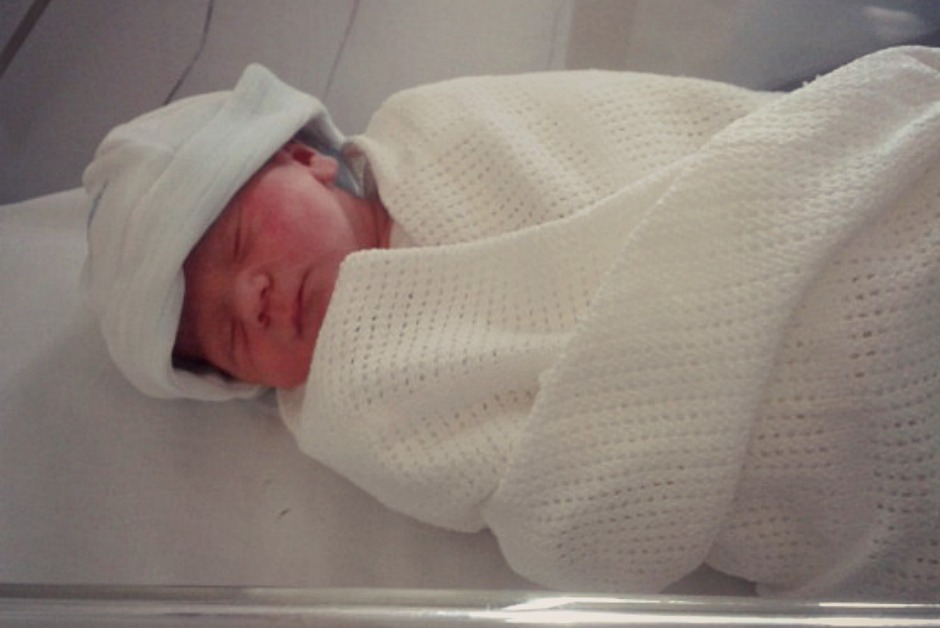 Before I fell pregnant, and throughout my pregnancy, I really wanted to know what giving birth felt like, and how much pain and indignity I could expect – it was the first question I always asked new mothers (oops). With Oscar’s first birthday coming up this week, I’ve been thinking about my own ‘birth story’ and wondering how I would describe the experience to expectant mums.

I know birth stories are two-a-penny and no two experiences are alike; for a start, people have different pain thresholds and different coping strategies. In my NCT group alone, we had one caesarean, one three-day heavy-labour marathon, and one unplanned home birth. So the only surefire way to find out how hard-going, exhausting, uncomfortable, stressful and, at times, terrifying giving birth will be for you is to go through it yourself (sorry about that.) But for what it’s worth, here’s an abridged version of Oscar’s birth.

Things started off well. The birthing ball was a nice distraction. The TENS machine seemed to have an effect. Having waited eight days past my due date, Juan and I were both excited, if apprehensive. We set to it, trying not to imagine what the neighbours were thinking as I lowed and roared in the corner of the bedroom.

I suppose the most profound thing that occurred to me about seven hours into my 15-hour labour was this: contractions feel very much like an unpleasant, dystopic orgasm. With the onset of each, there is a sense of anticipation, then the waves of sensation build steadily, getting stronger and stronger until you feel you can’t take much more without losing control. And then you scream. I’m not trying to be flippant with this analogy – that is the most evocative way I can describe my experience to non-mothers.

In NCT classes, we were told that giving birth is a marathon in the sense that you don’t know how long it will take and it will demand every ounce of your energy. I can remember Juan calling the hospital once my contractions became frequent and strong, and being told to stay at home for another hour, then another, then another, until I could clearly see myself having the baby right there in our tiny bath. But as the taxi pulled up outside, there was another part of me that was equally horrified at the thought of arriving at the hospital and being told I was only one or two centimetres dilated, meaning the pain I was experiencing was going to get significantly worse before things improved.

Thankfully, by the time I got to the labour ward, I was seven centimetres dilated. I naively did a few sums in my head – it had taken me seven hours to get to seven centimetres, so the remaining three centimetres would probably only take a couple of hours more, right?

Wrong. Because the baby’s heart rate was so high, I had to be monitored throughout the remainder of my labour, meaning that I had to lay back in a hospital bed and couldn’t use gravity or movement to my advantage. By the time the baby was crowning, eight hours later, I could hardly summon the energy for the final pushes. When Oscar was finally out and had been given the OK, I had turned yellow with fatigue and Juan told me it had been the worst night of his life. We both burst into tears.

Needless to say, the preparations I had made for Oscar’s birth were roundly redundant. The pizza I suggested we order as I entered the first stage of labour sat in our lounge, uneaten and abandoned, for 24 hours. The water birth I’d requested was vetoed. The birth plan… where to start? It’s a nice idea, isn’t it? Penning a Sliding Doors-style fiction is indeed a charming way to pass the time when pregnant.

Meanwhile, my hospital bag – brimming with books, energy bars, a specially selected iPod ‘birthing’ playlist, massage oils and the like – sat untouched at the edge of the ward, silently mocking us. That’s the salient piece of advice I have taken away from my birth experience: the only things you need to take with you to hospital are a change of clothes for you, some clothes and a blanket for the baby, a few nappies and your washbag. Everything else just becomes an embarrassingly naive footnote once labour starts for real.

For me, though, the real hard labour started after Oscar was born. Unlike when you complete a marathon, once you’ve given birth there is no silver-foil blanket, warm bath and day off to recover. I entered a new waking terror, one borne of not knowing what to do or when to do it, being alternately bone-tired and too wired with anxiety to sleep, and feeling completely out of my depth and removed from reality.

One lightning-fast year later, it’s difficult to remember how helpless, demanding and despotic Oscar used to be. With each passing week and month, newborns make these astonishing leaps in ability and independence, all the while establishing a hard-wired personality that makes you love them all the more. If I were to give birth again, I’d tell myself to relax, block out extraneous distractions (and the panicky voices in my head) and concentrate on conserving as much energy as possible. But that, as all mums will know, is easier said than done…

I’d love to hear your birth stories – how was it for you? And what do you tell people who ask you what giving birth is really like?