I know traffic cones perform important functions – namely ushering traffic around workmen and decorating lamp posts in university towns ­– but at the moment, every time I see one, my heart sinks. That is because Oscar has been completely obsessed with them for the last couple of months, and there is currently no end in sight to this phase. 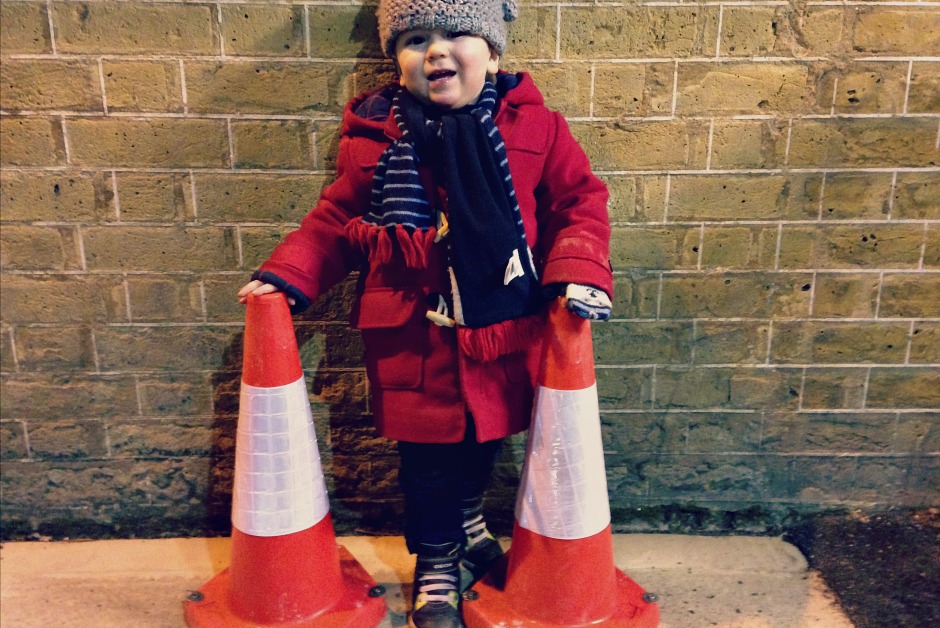 If we lived somewhere rural, this wouldn’t be such an issue. But in south London, you can walk into one every 500 yards – and often they exist in packs. Every day we admire a cornucopia of cones: standard orange cones with their reflective white strip, cones with white bases, deformed cones with their tops lopped off, miniature cones, absolutely-filthy-dirty cones, and rarer yellow (and even green) versions. It eats up an increasing portion of our day, and is becoming exhausting.

Oscar’s brain has mapped the cone coverage of south London, and he is constantly updating it. Wherever we go, he will notice if a cone has appeared, moved or (thank God) disappeared – in the case of the latter he will turn to me excitedly and say, ‘Mr Bull tidied up ALL the cones!’ If only. (Don’t know Mr Bull? Let me introduce you…) When we visited the excellent Magic Lantern Festival in Chiswick, he liked the displays and all, but do you know what got the biggest smile? The chance to pose with two traffic cones on the train platform on the way home – the proof is in the picture above. I thought we would have a break from cones when we went skiing for a week recently, but do you know what? They stand out quite well against the white snow. (They’re red, in France, if you’re interested…)

At first, as with most personality tics one’s children develop, I found this trait funny and quite endearing – and to be honest, the excitement on his face when he sees a new cone still wins me over. And there are advantages to my son being constantly on Cone Watch: at least it makes any car journey that runs into heavy traffic far more bearable. But in general, cones have become the bane of my life. There are at least 10 en route to Oscar’s nursery, and if had his way he would caress each and every one of them, which means we now have to get up even earlier to allow extra time on our scoot from home to the station, and it takes us aeons to get home. Also, I have learnt that most cones can be found teetering on the edge of the pavement, if not slap-bang in the middle of a busy road. Cue one very tense mummy, who has to grab her son as he tries to make a suicidal dash towards a new conquest…

However, as with all of Oscar’s major obsessions to date (pigeons, gas utility covers, drains, and dog-poo bins, to name a few), they have made me take more notice of the world around me. At the height of his pigeon phase, I would have to stop myself from pointing out unusual pigeons (a completely white head, a different pattern of speckles, a missing leg…) to whichever friend or colleague I was walking with. Now, on my cycle to work, or travels to other countries, I zone in on unusual cone activity and share the anecdotes with Oscar.

I guess I should be careful what I wish for – before too long, he will be a grumpy teenager obsessing over video games, or his hairstyle, or his mobile in complete secrecy. But I can’t help wishing for him to notice something (anything!) different on our daily walkabouts – and soon.

Do you know my pain? Which of your child’s obsessions have almost driven you around the bend?

P.S. Why London life can be great, and more challenges toddlers throw our way.

Thoughts on my first capsule wardrobe