The run-up to Christmas, for me, used to be all about going to parties (many of them work-related). These days, because Oscar’s birthday falls in December (and because this year I am taking over Christmas dinner for the first time), it’s the month in which I turn into a slightly crazed event planner. It’s a job I force upon myself, but I can’t help it – I love planning celebrations and the rush of seeing my ideas work out (I don’t like to think about the alternative…). In case you’re planning any parties this festive season, here are my tips for making sure a party goes to plan. 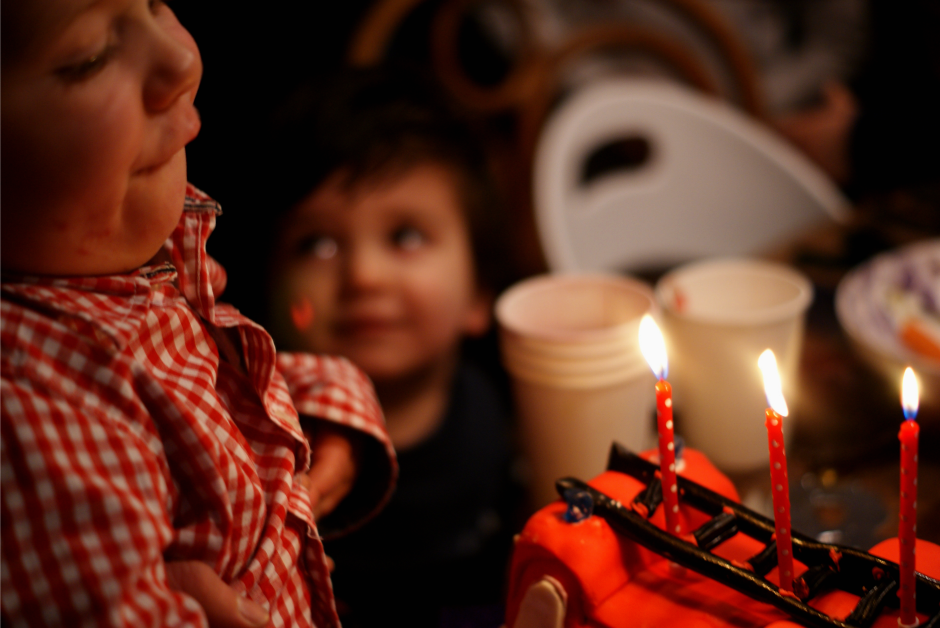 And lists of your lists. I normally need a master list of everything I plan to cook at the party, then spin-off lists telling me what I need to buy for each recipe, when I need to make each thing, and exactly when I need to defrost/cook/assemble everything on the day. The same goes for entertainment, decorations and music (and, to some extent, guests). For birthdays, I also make lists of who brought which present so that I can send thank you cards afterwards.

Allow time for the odd catastrophe

This year, I decorated Oscar’s fire engine birthday cake and left it in a cake box in the coldest room of the house (the hall)… only to discover the next day that it had been turned on its side by my husband searching for his keys. Luckily I had a spare hour to touch up the cake before our guests arrived – and maybe it wouldn’t even have happened if I had been slightly less organised about the whole thing… but I can guarantee something else unforeseen would have tried to rain on the parade. 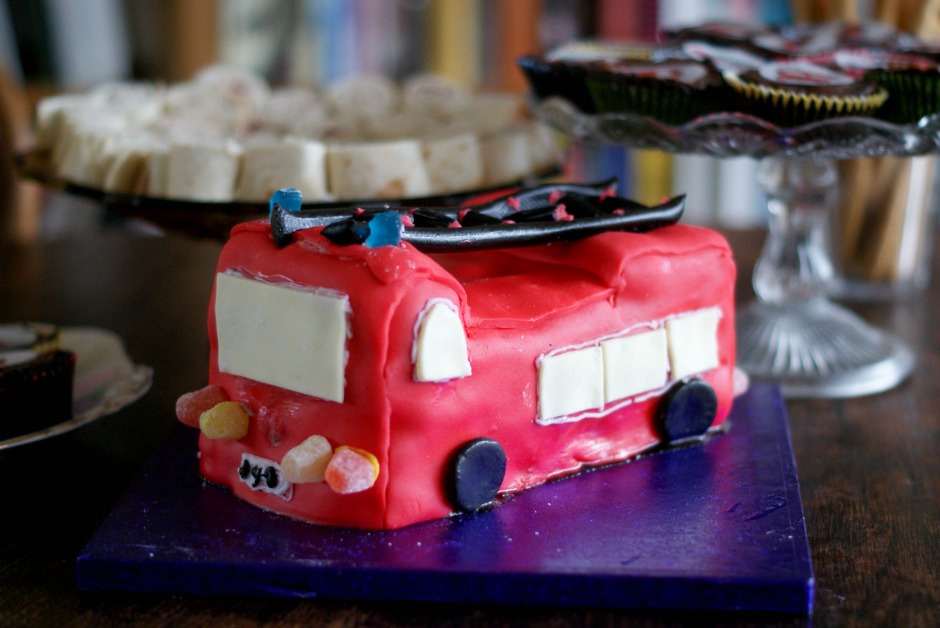 Every year, for Oscar’s birthday, I spend a stupid number of hours preparing tonnes of food for his party. This time round, for example, I made 40 mini fishcakes, two Spanish omelettes, piles of guacamole and hummus, 24 chocolate cupcakes, a fire engine birthday cake and about six litres of mulled wine. But do you know what always gets me the most compliments? The ‘pinwheel’ sandwiches I make using Philadelphia, supermarket ham and rolled-up flour tortillas. And the kids’ most popular snack at Oscar’s second birthday party? The microwaveable popcorn my mother-in-law added to the mix at the last minute. So don’t bother getting fancy – people love a crowd-pleaser. 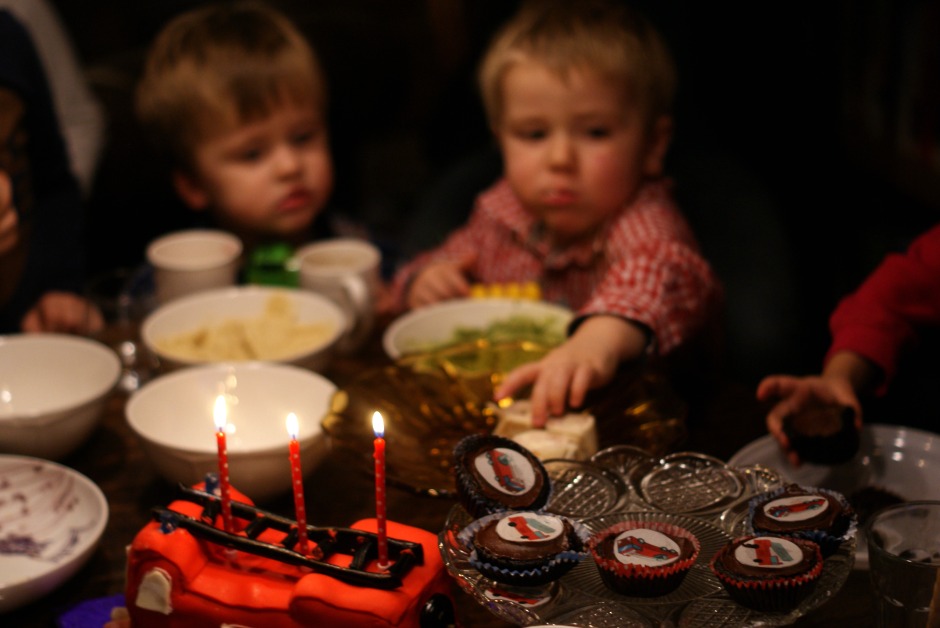 If you can, buy too much

It’s better to have leftover food and booze than not enough to go round – no self-respecting host wants to have to dash to the 24-hour store for dusty bottles of warm JP Chenet. I love the week after any house party, because it’s like the week between Christmas and New Year, when you just put your feet up and throw anything you find in the fridge into your mouth, telling yourself you deserve the rest.

Don’t lay all your cards on the table at once – try to keep the nibbles and top-ups coming so that people who arrive later aren’t faced with a crumb-strewn wasteland where all the food used to be. But remember to set timers/reminders, instead of finding an oven full of rock-hard party bites after everyone has left, as I have been known to do.

If you’re going to go all out, get some help

I went a bit OTT for Oscar’s third birthday and invited everyone I knew with kids here in Amsterdam; I then realised I needed to not only feed but also entertain the masses – but only once they had all arrived did I start to understand how difficult this is to do simultaneously and single-handedly. Next time, I’ll pay our babysitter to help out with the drinks while I concentrate on the mingling/games – or I’ll hire some sort of entertainment. By contrast, my friend’s 40th was a proper party, with bartenders mixing cocktails for guests, leaving the hosts free to enjoy themselves.

Play at least one silly game

Our generation’s current favourite game is probably Cards Against Humanity, but for something slightly more wholesome yet just as silly, may I suggest battering a small animal to a pulp with a stick? I’m talking, of course, about piñatas – one of those things, in my experience, that you never really grow out of. You can fill it with anything – Haribo for the kids, posh chocolate or booze miniatures for the grown ups – and it’s hard to resist having a bash. 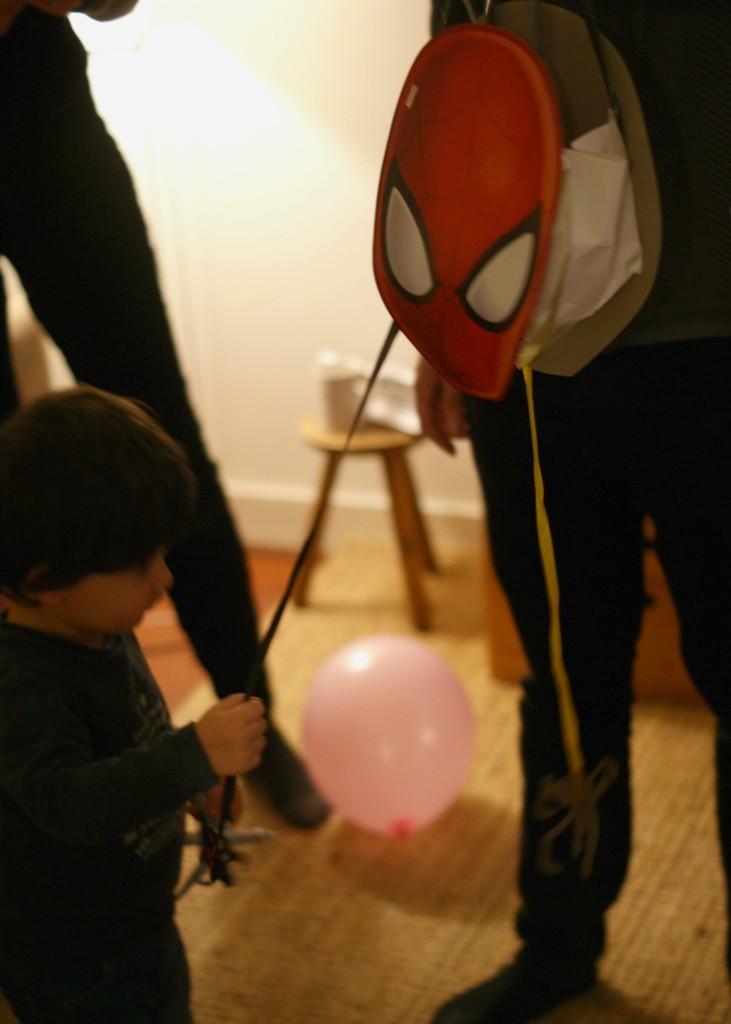 OK, this is just an excuse for me to mention the pigeon birthday cake I made for Oscar’s first birthday party. It was enormous, epic and 50 shades of grey – I think it will always be the pinnacle of my cake-related achievements. But I think surprises at a party are generally good (unless your friends think strippers are integral to any celebration, or you’re a character in Eastenders…) 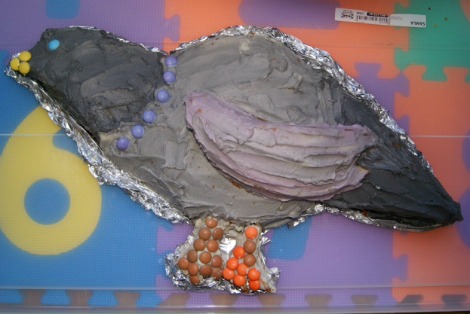 Try to talk to everyone

I am terrible at plunging deep into conversation with one person all evening rather than getting into the spirit of a proper party and mingling with abandon. There is an art to expertly starting and wrapping up party conversations – even if you’ve not mastered it, I’ve realised that being the host gives you the perfect excuse to flit here and there without settling anywhere. Mingling is part and parcel of being a host – I always feel a bit rude if I go to a party and don’t manage to say anything to the host, but in fact the onus should be on the host to seek out their guests!

Don’t expect to save money

I used to kid myself that celebrating at home was the budget option, until I tallied up what I was spending on birthday parties and the like. Be under no illusion – farming out a party may be expensive, but hosting one yourself is not a cheap option (apart from the free labour costs…). Work out an acceptable budget in advance and then compromise hard in order to stick to it. As with weddings (the biggest party of all), those cute little extras and panicky last-minute additions all quickly add up.

Know when to leave

I have always preferred to flee the scene of a party and be left wanting than to wait until the lights come up and feel the glamour of the night get stripped away. My only exception to this rule is at the Christmas Eve party of one of my best friends, when our group is always the last to leave and it has become tradition to close the night with a drunken carolling session around her dad’s piano (I’m missing it this year, sob!). Otherwise, I find the French goodbye is the best way to leave most parties – you just walk out without telling anyone you’re leaving, saving yourself 15 minutes spent awkwardly making your excuses (time that can be put to better use sleeping). It’s quite liberating.

What are your tips for planning a party?

P.S. Celebrations for a 40th anniversary party, how to run a brunch supperclub, an easy, low-key third birthday party, and tips for working a room.

SFTW: an ode to grown-up cocktails