Bringing up my son has, of course, been a really rewarding experience so far, but I wasn’t prepared for how conflicted I would feel about moulding his personality and disciplining him. Because I am an authority junkie and will do almost anything I am told, I didn’t think I would have a problem when it came to giving the orders. However, now that he’s turned two and keeping his behaviour in check takes up about 80% of the time we spend together, I’ve discovered it’s a topic that is not so much full of grey areas as one big mass of grey, chock full of difficult questions.

Before I had kids, I have to admit that I judged parents who weren’t completely in control of their child’s behaviour. It was only upon becoming a parent myself that I realised some days can be spent feeling like a Class A mother in custody of an angel, and others can be spent being beaten about the face by my irate two-year-old, or dragging him out of the supermarket queue so that his face-to-floor meltdown doesn’t hold up other shoppers. 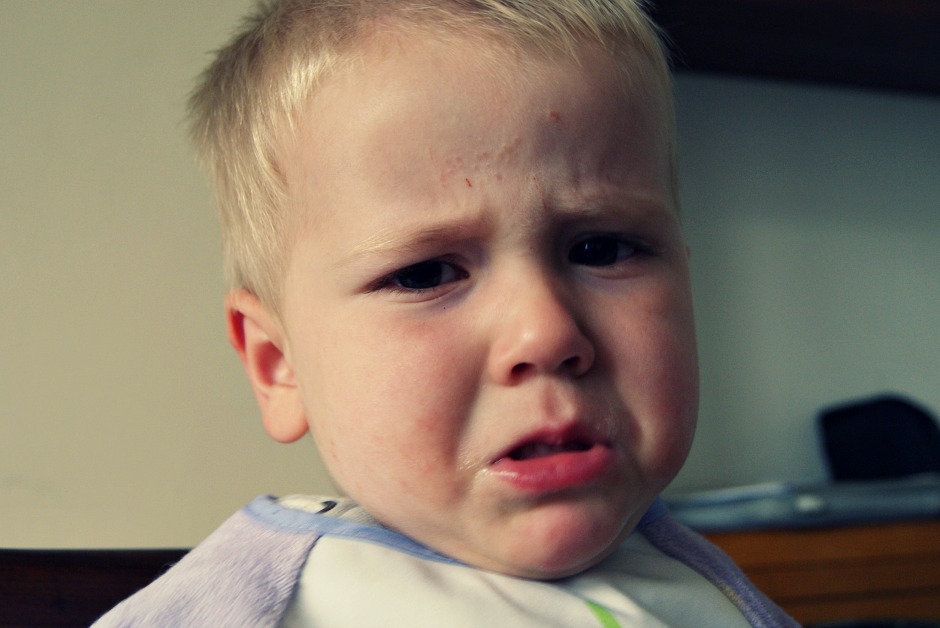 When I was growing up, my parents never mentioned my appearance, and always told me my best was good enough in any activities I attempted, but they put a lot of stock in good behaviour – and they raised me to be aware of the consequences of all of my actions. There’s nothing wrong with this, and to an extent I’m following that blueprint with Oscar. But there’s no denying that I have grown up to be a complete people-pleaser – and I’m starting to wonder whether I want to pass on that personality trait my son.

I was talking to a colleague the other day who told me that her friend is deliberately bringing up her child to put her own feelings first: so we share not to be nice, but rather to get access to a greater selection of toys; and we don’t hit so that other children will want to play with us. It’s only a subtle shift in mentality, and I can see the logic, but I would worry about raising someone who manipulated others for their own ends without feeling guilty. Anyone been there and done it?

Another aspect of discipline that I’ve been grappling with recently is knowing how to strike a balance between teaching Oscar how to behave in society and crushing his spirit. Which battles should we pick? How many times should we say ‘no’ each day – and to what? Should we spell out so many consequences that they’re scared to try anything new without our say so? Should we aim to make them blindly follow authority? Or should we keep schtum as much as possible and run the risk of creating a child that nobody can handle?

Having been moulded into a ‘good’ girl has its advantages – but at times it can also make you feel trodden-upon, under-appreciated, and resentful when rule-breakers are rewarded for their daring with more professional and social success. Yes, our society needs people who dare to question the status quo, see things from new perspectives, and have the courage to follow through with crazy ideas. But am I too conditioned to err on the side of ‘good’ to instil this belief and behaviour into my own son?

What do you think? How did you establish boundaries with your child, and how did you know which battles to choose? And how can I get my child to stop hitting me around the face?!!

P.S. Other toddler tribulations from toilets to toenails, and loving this Facebook montage about why kids cry…