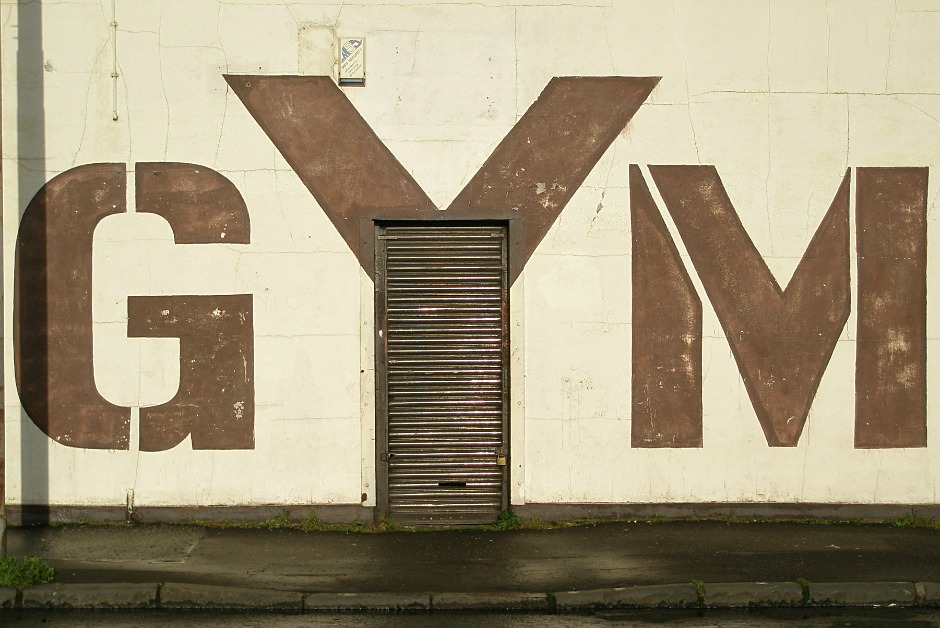 I go to the gym about twice a week these days and I really like it. I didn’t mention it much in our earlier ‘Love Exercise’ series and this was partly because the concept is so off-putting to so many people and the theme of those posts was to inspire you to get into/back into exercise in whichever way you chose. I wrote about netball, Nicky about swimming and Rachel gave an account of her journey from Couch to 5k.

I’m revisiting this now though because after a week or so of not being able to get to the gym, I’ve become very aware of how much I miss it. I’ve thought about why I love going so much and why, to others, it can be a horrifying prospect, and I’ve chatted to gym-goers and non-gym-goers alike about their feelings. While the gym isn’t for absolutely everyone,  if you are tempted to give it a go but something’s holding you back then here’s a list of things I find people don’t like or think they don’t like about the gym and why you should go anyway.

‘Everyone there is super-fit and intimidating and I’ll feel conspicuous/ridiculous/lazy/[insert self-hating adjective here]’
In truth, there are a lot of very fit people at the gym – people who look amazing in Lycra and can hold a plank for longer than you can hold a conversation. That’s always going to be the case – just as you’ll find a lot of people in minimalist, tailored clothes browsing the rails in Cos. But there are also loads of other people at the gym: look around and you will see them. People go there to stay fit, for sure, but they also go there to get fit in the first place; everyone starts somewhere. I mean, I go to the gym and I can barely run five kilometres.

“I don’t like working out at a gym”
OK, you might have a point with this one. (I said might.) Most gyms have a wide range of exercise options, and these are worth exploring before you confirm the gym isn’t for you. I for one am never going to be a hardcore treadmill pounder – I’d rather not run at all, but when I do run I at least want some changing scenery. Get a free taster pass for your local gym and check out whether there is something there you might be into. Group exercise classes work for me.

“The men are annoying and off-putting”
They are, it’s true, especially in the weights area. Well, to be fair,  it’s true of some of them. Those ones who travel in groups and gossip loudly. It was from hours of gym-going that I coined the simile ‘to gossip like a man at the gym’ which I now frequently deploy in everyday conversation. Very few people understand this reference but my Mum loves it. Anyway, you just have to ignore those guys. I am sure you are capable of ignoring annoying people in other places life takes you – bars, cinemas, work. Also, in my experience, these men are a minority. Most gym-goers prefer to get in, do their workout in quiet concentration and get out again.

“They’re expensive”
Well, yes – if you go just once a year, they are. But if you go two to five times per week I think they can be exceptionally good value. The gym I go to has cardio machines, weights machines and free weights, two studios with a packed schedule of group exercise classes and a large swimming pool. It costs £29 per month. Even if I only go twice a week, that’s still only a bit more than £3 a time. Compare that to the cost of other activities (both exercise and non-exercise) and I think that’s fantastic value for money. Plenty of gyms no longer have twelve-month contracts, so if you sign up and after a month realise it’s not for you, you can cancel without having poured hundreds of pounds down the drain.

P.S. What it’s like to lose weight after having a baby, The 5 best at-home workouts and How to dress casually.