Pete and I have been together for nearly eight years, we’re about to have two children together, and we own a house. So yeah, pretty committed. In fact, the children mean that whether I like it or not, Pete will always be in my life. However, we’re not married and the longer we leave it, the more I’m certain that we never will be. The decision has mostly been mine. Pete is very easygoing and if I proposed to him tomorrow, I think he’d be up for getting married, but at the same time, he’s more than happy for us not to be. 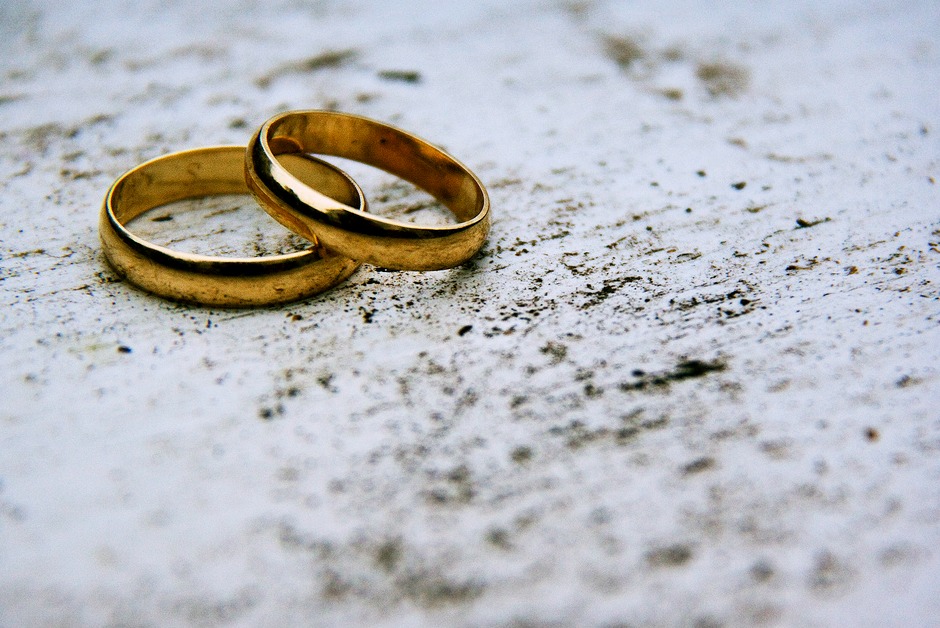 To be honest, it’s not really something I think about often. Maybe it’s because all of our friends and family know by now, so we don’t get any awkward questions. In fact, when my sister got married a couple of years ago, we joked that she was appeasing mum with the big wedding and I was appeasing her with the grandchild (George was just a baby at the time).

It always surprises me how traditional most people are when you scratch the surface. I know plenty of people who wouldn’t dream of having kids before getting married, and I have loads of female friends who have waited (impatiently) for their boyfriends to propose.

Although growing up, I was never the kind of person to imagine my dream wedding, I think I assumed, like most people, that it would happen one day. But it was discovering feminism at university that really sowed the seeds of doubt for me. Suddenly, there were so many aspects of getting married that I had a problem with: women waiting for men to make the big proposal (and therefore deciding when and if to get married); being ‘given away’ by your father; the big white (virginal) dress; changing your name (something I would never, ever do), etc. Obviously, I know that none of these things are essential for a wedding or indeed a marriage, but still it made me question whether I really wanted to get married.

Later, when my friends started getting married, I started to realise just how much a wedding can cost, and I think that’s what made me really not want to get married. I know you don’t have to spend all that money – and for a time I thought about doing a quickie registry office wedding and then taking close friends to a posh dinner afterwards, but it all feels like so much effort!

Don’t get me wrong – I do enjoy a good wedding and believe they can meaningful and heartfelt occasions. I nearly always shed a tear when the bride and groom exchange vows – in fact, when Nicky got married, I was crying before she even made it down the aisle! But still, I have absolutely no desire to do it myself.

I realise that most of my complaints are with weddings rather than the institution of marriage itself – and that’s true, I suppose. I know I could skip all of that by just getting married in a registry office, but the idea of being ‘married’ holds no allure for me either. I am certainly very committed to Pete, but I feel like that kind of commitment is something that you work on every day for years, and we don’t need to be married to do that. And as we’re both atheists, marriage has no religious significance for us either.

I must confess that we did make some concession to tradition by buying commitment rings for each other a couple of years ago. I wanted a nice ring (which is easier said than done when you’re most definitely not looking for a big diamond engagement ring), while Pete was very happy to find a bargainous plain gold band from Argos. We wear them on the middle finger of our left hands, because there’s no point looking like we’re married if we’ve decided against it. It is nice to be able to look down at my hand and be reminded of Pete and our commitment to each other. Just don’t expect a wedding any time soon.

I’m curious to know: what do you think about marriage? Is my point of view shocking to you or something you’ve heard before?

P.S. What to wear if you’re going to a wedding and a great idea for a wedding present.