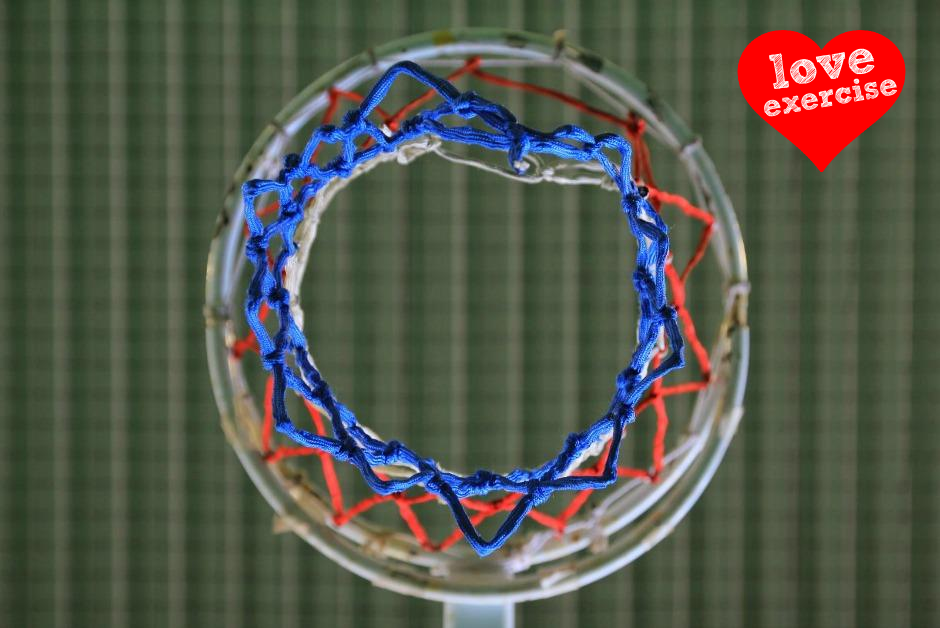 Like most British women, I first learned to play netball at school. My school’s winter gym lessons alternated between netball and hockey; I was stronger at hockey and on the school team and so that’s the sport I dedicated most of my time to, including every Saturday morning during the season. I think I stopped playing any netball at all around age 15 and didn’t start again until I was almost 20 and entering my second year at university. After a pretty rough re-introduction (I was, because of a lack of tall women, selected to play for a team a little out of my league) I was hooked and have been a regular player ever since (that’s just over 10 years now). I think netball is pretty much the perfect pastime, and now I’m going to attempt to convince you of this, too.

1. It’s GREAT exercise
Now, this certainly isn’t the main reason I play netball three times a week (but it sure doesn’t hurt). And I’m sure I can convince you to get back into netball if I mention that working up a healthy sweat and burning off a few calories is just a happy by-product if something that is essentially a lot of fun. All the games I play are 40 minutes long which is in my head equivalent to almost three-quarters of an hour of interval training. There’s lots of running around at varying paces with very brief periods of stopping completely. You are constantly on your toes, running, sprinting and changing direction as well as jumping. It’s a full-on experience that will leave you in no doubt as to whether you’ve worked out or not (you can read more about the physical benefits here). I don’t know about you, but if left to my own devices, I don’t always work as hard as I can on a run or in the gym. Without anyone else to spur me on (OK, shame me into keeping going), I sometimes give up a little sooner than I otherwise would or just don’t give it 100%. When you have seven other women (and sometimes a few men) relying on you to do your bit, then, well, you do your bloody bit. Team sports also mean you have to turn up even when you least feel like it; you’ve made a commitment to other people and no matter how tired or cross you are, you can’t let them down without good reason. Great exercise with a built-in motivation function – now we’re talking.

2. It’s not how you remember it
I know a lot of women who have been put off netball (and other sports) for life because of their experience at school. Now, I didn’t have horror stories from PE lessons (though I have plenty of others so don’t worry) but I don’t think that the teams and the leagues that I play in could evoke those same feelings from your childhood. But when you join an adult team, everyone’s there because they want to be and you can always find a group of your ability level so you never feel like the weak link.. It’s not compulsory, so if you really, really don’t like it then you can walk away. I think the best way to re-approach the game is a ‘Back to Netball’ session, which provides a gentle reintroduction to the world of netball via low-cost games, the scheme is run by England Netball and is available all over the country.

3. You meet some really great women
A netball team provides you with six potential new friends who have at least one thing immediately in common. I have made some great friends through netball, first at university and later through social teams local to me. I’ve met a few people I didn’t like as well – netball teams don’t exist outside the laws of probability – but overall I’ve had a great experience when meeting people through this sport.

4. You can lose yourself in it
I’ve dabbled in running but, for me, it’s just not the head-clearing experience it’s cracked up to be. I just spent the whole time I wasn’t feeling self-conscious about my heavy breathing or the sound of my feet hitting the ground churning through all my current stresses and worries. I didn’t finish my runs feeling stressed, exactly, but I didn’t feel like I’d escaped from my over-worked mind. Netball, on the other hand, completely absorbs me both physically and mentally. While I am playing (or training) there is so much going on, so many possibilities to weigh up, and so many opportunities to tweak my game that I don’t have time to think about anything else at all. . If it’s liberation from what’s occupying your mental space that you’re looking for, then I can’t recommend it highly enough.

5. The kit is amazing
Lycra mini-dresses and matching shorts in every vibrant colour of the rainbow! Just kidding – the kit is actually the pits (though I sort of adore mine). Unless you are joining a serious club, then it’s highly unlikely you will have to wear anything like that – leggings and a t-shirt will do just fine. I prefer a skort, but that’s just a personal preference and definitely not required.

Now that I’ve convinced you to get back into the great sport of netball, here are a few places you can turn to get going:

Have I convinced you to give netball another go? Is there a sport you think you can convince me to try? Let me know by leaving a comment below.