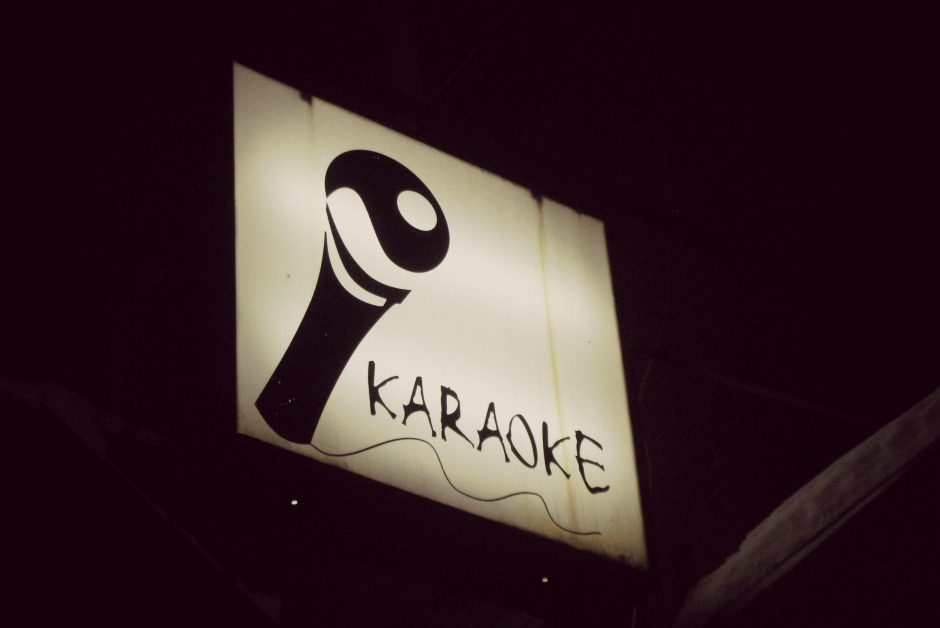 I am a complete karaoke nerd and have been since the age of 16, when my friends and I used karaoke nights in bars as an excuse to go out drinking with our parents’ unwitting consent. The truth is, after being initiated into the world of karaoke, I didn’t even care about the booze and would happily get up to sing stone-cold sober. It’s not that I’ve got a particularly good voice – I enjoy singing and can hold a tune but that’s about it. For me, it was more about the jittery, cringey thrill of having to stand up in front of other people (this was in the days before private booths and SingStar), the endorphins released while giving my lungs a good workout, and the pleasure of bonding over our favourite tracks.

I karaoke-ed my way through my late teens and twenties – I attempted a Thai cover of My Way on my gap yah, I paid homage to Claude François by singing Alexandrie, Alexandra in a Paris bar, and I roused a whole room of (drunken) men to join in the chorus of I Wanna Know What Love Is while on holiday with my friends in Crete. When, in the first week of my new job, my boss organised a team karaoke session, I was genuinely delighted – I made my (ahem) mark with an enthusiastic rendition of Rollin’ by Limp Bizkit.

Having karaoke-ed (both drunk and sober) with colleagues, friends and absolute strangers of all ages and many nationalities, I have come to realise that there are certain songs guaranteed to bring the house down and get the good vibes flowing in just about any situation.

As an early Christmas present to you all (and I know only too well how packed Lucky Voice gets just before Christmas…), here are a few solid-gold tracks that even the shrinkiest violet won’t be able to resist joining in with (all intended to complement, not replace, your Bohemian Rhapsodies, Single Ladies and Don’t Stop Believin’s)…

9 to 5 (Dolly Parton)
A great ice-breaker – everyone knows at least the chorus of this classic, and everyone loves Dolly. Plus, if you’re with your boss, you can direct the lyrics teasingly at him/her (even if you secretly believe them).

Danger! High Voltage (Electric Six)
One of my personal favourites, the guitar on this tune makes the song genuinely electrifying, even if you murder it. And there is a lot of scope for exagerrated arm and facial movements.

You Oughta Know (Alanis Morissette)
Alanis’s idiosyncratic delivery is a lot of fun to imitate, especially en masse – see The Trip for further details. This song also has the killer line, ‘You told me you’d hold me until you died / But you’re still alive.’

Town Called Malice (The Jam)
Punchy, fast-paced, catchy, and easy to sing along to whether you’re a soprano or a baritone, this tune ticks all the karaoke boxes.

Hung Up (Madonna)
This makes a change from Like A Virgin (yawn) and provides plenty of expressive but po-faced dancing/stretching opportunities.

Mambo No. 5 (Lou Bega)
I know what you’re thinking: too cheesy. But once this tune starts playing you’ll get into it, I promise.

Moves Like Jagger (Maroon 5)
Oh, this is a fun one – Adam Levine’s swagger really rubs off on anyone who sings it.

Wuthering Heights (Kate Bush)
Kook central, this is especially amusing if the people that take on this challenge are men…

Disco 2000 (Pulp)
You last sang along to this at your secondary school disco but, 10+ years on, you actually ‘get’ it and can belt it out with extra feeling.

Stan (Eminem)
Once you’ve attempted this, you will have real respect for rap artists – rapping requires serious skills (including yoga-style breathing). This song has reduced us to hysterics when tackled by mild-mannered, middle-class English men.

Black or White (Michael Jackson)
Totally feel-good, this track allows anyone who used to practise moonwalking in their bedroom to take centre-stage and break out their skills. Sh’mon.

That’s Not My Name (The Ting Tings)
A good-value curve ball, and excellent for including people who proclaim themselves tone-deaf.

Before He Cheats (Carrie Underwood)
I discovered this ma-hoosive tune thanks to a couple of American interns. It will have you punching the air and feeling all riled up for no reason.

Simply The Best (Tina Turner)
This awesome tune is best sung by the huskiest voices in the group (or the people with colds). I love how it builds and builds until the chorus – when no one will be able to resist joining in.

Piano Man (Billy Joel)
A long and emotional alternative to the rather more obvious (but equally enjoyable) American Pie. It’s Fairytale Of New York for the non-Christmas season.

A WORD ON SIGNATURE TUNES

You will by now have realised that my approach to karaoke is exceedingly light-hearted rather than X-Factor lite. In fact, I believe SingStar is not in the full spirit of karaoke, as it gives you points for directly imitating the artist to the best of your ability, whereas I would argue that the best times are had when everyone throws caution to the wind, leaves their egos and dreams of stardom at the door, and makes the song their own. 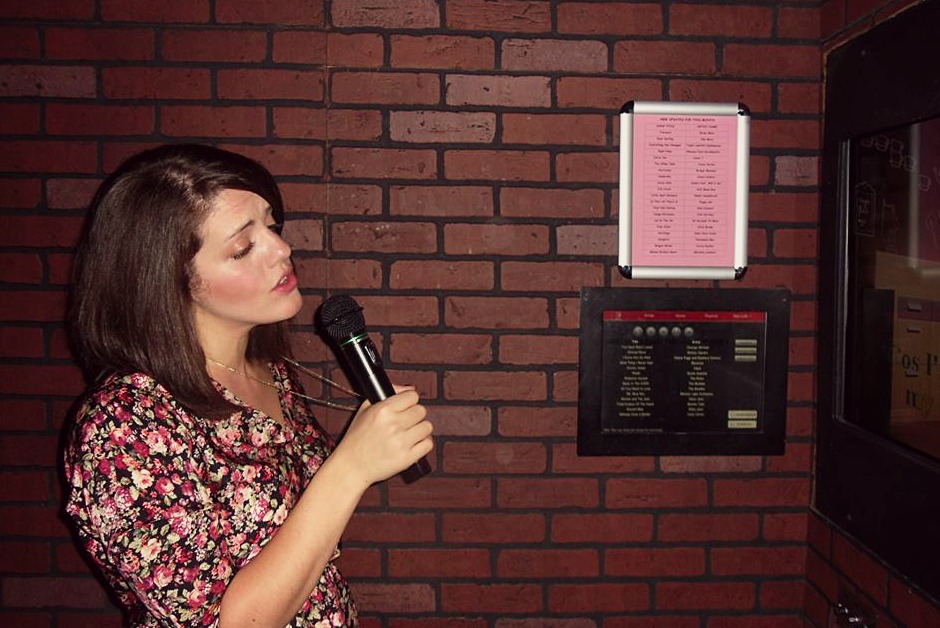 Although I generally advocate passing the mic around during every song, and singing your heart out regardless of whether you happen to be holding it, for a group of extroverts, I would favour encouraging the odd solo or signature tune (as Rose is demonstrating in the above pic). In case you’re curious, here are some of mine:

Tiger Feet (Mud)
I can’t resist dancing energetically to this while I belt it out, and always need a good sit down and a large glass of water (OK, wine) afterwards.

I Wanna Know What Love Is (Foreigner)
I basically shout this number into the mic. Anyone who travelled on the school bus with me – especially my poor little brother, humiliated by association – will shudder at the memory of my early-morning, just-for-giggles renditions of this tune.

Rollin’ (Limp Bizkit)
I like the element of stunned surprise this song choice elicits from people who don’t know me all that well.

Bamboleo (Gipsy Kings)
Juan and I danced to this at our wedding, so it has a special significance for me. Plus, I always love to get my air castanets out (that is not meant to be a euphemism, by the way…)

I’m Still Standing (Elton John)
An easier, boppier version of my all-time favourite octave-spanning showtune I Am What I Am, this song always makes me feel better.

What have I got right and wrong? Which songs never disappoint you at karaoke? And what are your signature tunes?