I had dinner the other day with a friend who is still undecided about how she’ll vote in the EU referendum, and she asked me why I was so dead-set on voting Remain. At the time, probably on account of the pre-dinner cocktails, I couldn’t convey my conviction in convincing words, but her question has really made me think about why this vote is so important to me. 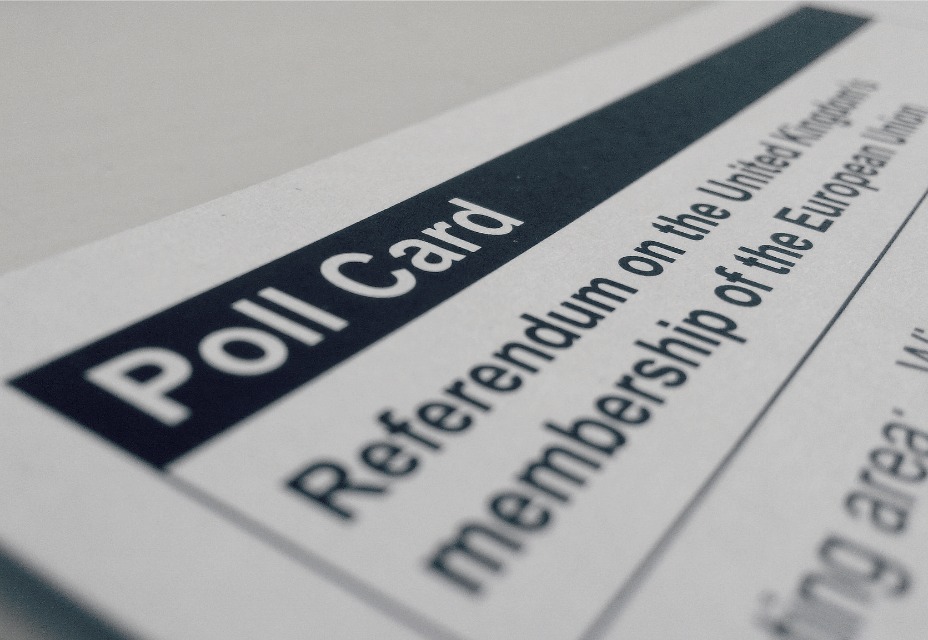 More than anything, for me, the EU vote is an ideological one. Much like some people will vote Labour or Tory regardless of those parties’ policies or previous actions, I have never even contemplated a vote for Brexit because of a gut feeling that Britain has a moral duty to consider itself a European country in more than just a geographical sense, and to opt for inclusion and cohesion over isolation and jingoism. The fact that former enemies now have the other country’s interests at heart is something we shouldn’t take for granted, especially in an era of increased support for far-right politics across Europe, anti-semitic outbursts here and abroad, and the prospect of rulers like Trump and his Mexican wall being taken seriously by the general public. History can repeat itself.

Secondly, I hate the idea of pulling up the drawbridge on migration. I’ve lived and worked abroad and loved it, and have made some great friends in Europe. My husband is Spanish and building a career here in the UK required such hard work and tenacity on his part – and that’s without the added bureaucracy that leaving the EU would create for others wanting to do the same. Everyone I know who lives and works here as a European foreigner is an exemplary guest. I think we should celebrate the fact that a mixture of cultures can enrich our society, and celebrate people who have the courage to move countries to change their lives.

As for immigration, I don’t subscribe to the idea that all people who worry about it are xenophobic – it’s very easy to name-call from London, which is large enough and already multi-cultural enough to absorb immigrants with ease; it’s definitely more noticeable and unusual if you live in a small town. However, since Britain has done its fair share of geo-political meddling over the centuries, I believe that we shouldn’t turn our backs on people who are being displaced into Europe, even if we’re not directly accountable for the events that have pushed them here. Also, we shouldn’t conflate the issue of immigration with our status as an EU nation – and I find it tawdry that the Brexit campaigners have done just that. A Brexit vote won’t reverse immigration and I don’t believe we should wish for that to happen, either. What’s more, I’d bet that in Roman times some people thought the country was too crowded and just couldn’t take any more…  it’s a question of perception.

The truth is that, whether we stay or leave the EU, and despite the implied rhetoric of the Leave campaign, Britain will never return to the way it was in the 1950s (and thank God for that). We’ll still have tedious rules and regulations, for example, just from a different source of power. The Brexiteers need to stop kidding themselves that the EU is the root of all our problems. Their conviction smacks of the all-too-human tendency to live anywhere but in the moment – if I get this job, if I find that man, if I buy that house, then I’ll be happy. The grass is not always greener. In the EU, as in marriage, there are good times, bad times, compromises, and things you agree to disagree on, but you aim to stay together for a greater good, whether that is a sense of duty, your ultimate happiness or that of your children. And let’s face it – anyone over a certain age who votes Brexit won’t be affected by (or maybe even see) the true consequences of their vote anyway, as the whole debacle will take so long to get through the courts and into legislation.

The thing that gets me most is that many of the people who want Britain to leave the EU are probably the same people who were incredulous that Scotland might want to disassociate itself with England. Why would Scotland cut itself loose from a powerful partner and risk having to negotiate its own trade deals with the EU, they asked? The crucial difference between the two situations is their belief that England is too good for Europe.

None of these musings from this wishy-washy Liberal has anything to do with the economic and political ‘facts’ put forward by supporters of Remain and Brexit. But I’ve always been an emotional voter. And that’s why the recent polls showing Brexit in the lead – and the idea of my son growing up annexed from all that is great about Europe – are making me very worried indeed.

P.S. AA Gill nails the EU situation, this guy makes a good point about who to trust with your vote and who asked Keith Chegwin anyway?

The thorny issue of sharing money