Living in London and having the Tube at our disposal is a double-edged sword. On the one hand, it’s amazing that we all have access to a brilliantly designed network that has been shuttling as many people as possible from myriad As to Bs as quickly as possible since Victorian times. On the other hand, the fact that anyone can buy a ticket and cram into a carriage is somewhat irksome – especially when it comes to tourists who simply don’t understand the rules of the Underground. The sorts of people who travel in large groups and decide to do a head count as soon as they get through the ticket barriers at Leicester Square. Or who stop dead at the bottom of the busiest escalator in Victoria to get their bearings. Or who clog up the entrance to a platform, seemingly unaware that other people will want access to it and deaf to the pleas of the man with the megaphone asking them to move down. Or who get onto a rush-hour carriage and tell each other loudly, ‘I couldn’t do this every day!’, instantly raising the hackles of everyone who does do it every day and sees the daily commute as some sort of masochistic badge of honour. ‘That’s right,’ we think, ‘you couldn’t…’ 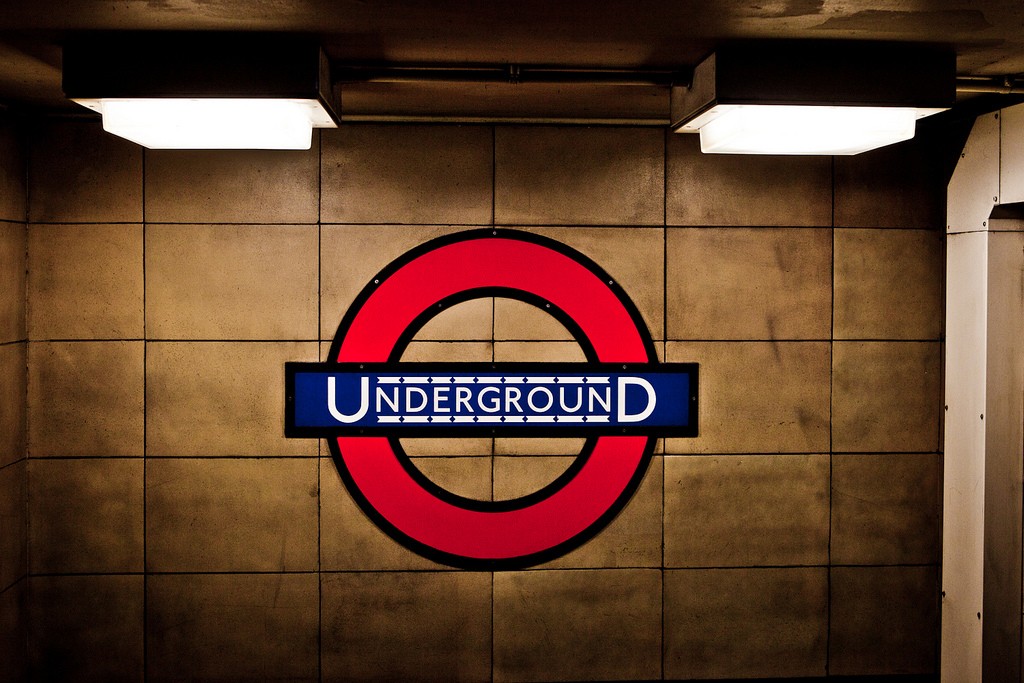 Know your left from your right

There are keep left and keep right signs all over the Tube network for a reason. Imagine commuter drones as cars at rush hour – rightly or wrongly, some are in more of a hurry than others and should have a fast lane at their disposal. Like on the motorway, anyone dawdling in that fast lane should be followed closely and intimidated/speed-shamed until they get the message and move over. Everyone should stick to the proper sides of the staircases – except the fleetest-footed of passengers, who can ascend the stairs the wrong way with fellow fast-paced commuters, reaching the top way before the people they left the carriage with them, and using enough judgement to avoid the wrath of travellers coming the other way.

‘Can you move down, please?’ must be five of the hardest words in the English language to utter. Say them too forcefully and the phrase shatters the personal space that each person already squeezed into the carriage has constructed around themselves and affronts the whole. You then become the red-faced person who got more arsey than the situation required. Say them too wimpishly, however, and not only will nobody move a millimetre, but you will also need the rest of your journey to regain your sense of self-worth. The correct volume is everything: you must sound confident that people will create space for you, but not arrogant enough to assume this. An alternative is to ask people nicely, as if you’ve chosen to travel with this group of new friends yet to be made. Try a variation on the five-word commuting mantra, such as ‘Are you able to move down a little bit more?’

When you get off the Tube at a busy station at rush hour (I’m talking London Bridge, Victoria, etc – one of the biggies), you will have to queue to exit the platform. Treat this exercise like you would a T-junction with slow-moving traffic – on the road, any normal driver lets one car out as they edge forward past the junction. Cars/people that tailgate the one in front and scoot out along with it deserve a stony look and a flash of the headlights/audible tut.

You might be the absolute King of Banter above ground, but when you’re on the Underground, keep it to yourself. Nobody cares about your latest drunken antics or dating disaster, or further evidence that your boss is a tool – especially early in the morning or late at night. Knowing that you have a wider audience than just your mate, you will feel compelled to perform to the crowd and therefore duty-bound to exaggerate in order to leave a good impression. But no one will feel impressed. And all you will feel is the weight of 100 people’s inward eye rolls, stony faces and resigned sighs. There are Apps for people like you – download one of those pointless pushing-blobs-around-the-screen games, put it on silent, and look busy and important, like the rest of us do.

You may view the Tube as an unmissable opportunity to practise your calisthenics, or show off your enviable balance. But sooner or later, you will be caught out and end up crushing someone’s toes, falling sideways into a stranger’s lap, or performing a complete face-plant. You might feel so hemmed in by other people’s bodies that you think falling is impossible. Think again. As soon as you remove your hand from the safety rail to turn the page of your magazine, you’ll be hurtled into the space left by the person who was next to you, but who was also propelled forward. And once you’ve all recovered your composure, you’ll find that the next page of your magazine was an advert anyway.

For me, the thing that most marks travellers out as rookie commuters is the panicked yelp of ‘Excuse me!’ as soon as the doors open in a packed carriage. There is an order to how people exit a carriage, and though it might not be fair, it works – as long as no one barges onto the train prematurely. First, the people closest to the door spill out; then, the people who actually got a seat vacate theirs and push past the people in the aisles, who either take their seat or follow them out; then and only then can the people stuck behind the commuters in the middle, all of whom are staying put, squeeze through and make it past the doors. Shouting ‘Excuse me’ too soon sounds needy and naïve – save it for a really fraught commute, when it can be used to verbally smack down someone who doesn’t know The Rules.

What do you find most annoying about travelling on the London Underground? What would you add to my rule book?

P.S. Why I love working, how to eat healthily at work, and why working mums make excellent employees (aside from the fact that they work weird hours, so free up the rush-hour Tube for everyone else…)