When Thomas was only a few days old, I remember already thinking, ‘I want to do this again – I want another baby’. Yes, I was probably off my face on the hormones coursing through my body, but even now that they have settled down, I still can’t really believe that Thomas might be my last baby. Pete thinks I’m crazy – he says that there always has to be a last baby, and he makes all the sensible arguments about money, etc. But how do you know when enough is enough? 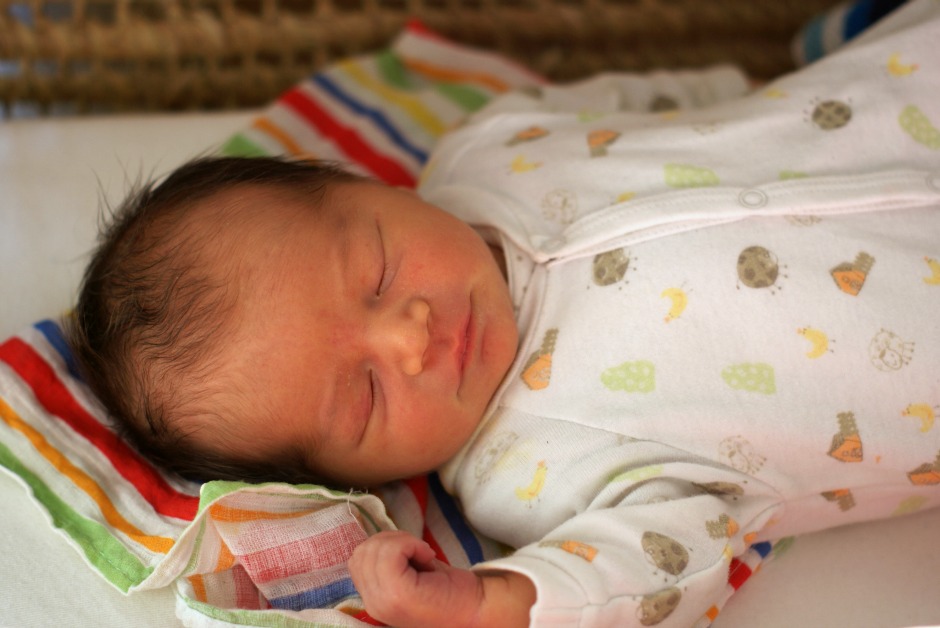 A friend of mine has a son about the same age as George, and I remember her telling me when they were both about one that she wanted another baby asap and was planning to have loads. Two years later – and having survived ‘two under two’ – she says she is done! But even though Pete and I are in the thick of the sleeplessness and general craziness that come with life with two little kids, I still can’t bring myself to accept that this is it.

But there is a lot to think about when it comes to having more children. I’ve had straightforward pregnancies but I didn’t love the last one and I don’t particularly want to go through that part again. Also, I doubt that, physically, there’d be any ‘bouncing back’ from another one. But I would like to give birth again – I had a lovely home birth with Thomas and always feel like I am just amazing afterwards.

I also, like many people, have a love-hate relationship with babies. I find them really, really hard work – all the crying, the worrying about naps, the lack of sleep and no time to yourself – but then I just love those  little faces, the chubby little thighs and the feet (I’m obsessed with babies’ feet).

Then there are all the things I will lose by having another child. One of the things I’m looking forward to this year is clawing back some more time for myself. I’m also looking forward to having my body back after being pregnant and breastfeeding for what feels like so long – soon I’ll be able to wear dresses and normal bras! I’m even planning a holiday away without the boys. I found life got a lot easier once George approached one year – he was sleeping better and didn’t need me quite so intensely – so I’m hoping the same will happen with Thomas. Pete and I might even be able to go on a date night together in the near future! Will we really want to start all over again in a couple of years, just as things start to get easier?

Finally, there’s the issue of work – I’ve had two maternity leaves in the past couple of years. Even though it’s not really a big deal – the bigger picture is that I’ll likely be working for the next 30 years – I feel ready to focus on work a bit more, too.

Also, it seems that most people these days stop at two children – or is that just me? It’s probably a consequence of city dwellers like Pete and I having to squeeze into tiny houses, coupled with prohibitive childcare costs. Maybe a third child really is too much of a luxury.

On the plus side, I’m still only 31, so I’ve got a few years left to decide. Who knows – I could end up like Clemmie of Gas and Air Blog, who got pregnant with her third child and discovered she was having twins (insert scream face emoji)!

I’d love to hear what you think. How many children are you planning to have/did you have and how did you know when you were done?

P.S. How to survive the first three months of parenthood, seven questions not to ask a new mumand the best parenting blogs.