Kids come with a surprising amount of stuff, don’t they? And by ‘stuff’, I mostly mean toys. I don’t really mind the toys – they have their uses – but I also don’t want my house to look like a toy shop exploded in each room. Here’s how I organise all the stuff and stop myself going bonkers over the mess.

First of all, I try to limit the stuff in the first place (this is mostly in vain as every birthday and Christmas George seems to get increasingly more obscene amounts of toys). I regularly try to send toys that aren’t getting much use to the charity shop (or eBay). You must do this secretly – more than once George has discovered my charity shop pile and developed a sudden attachment to every piece of tat in there. I know friends who box up toys in the loft and rotate them regularly, too, which is a great idea as I think children play better when they’re not overwhelmed with choice. The more toys George has to play with, the crazier he becomes – he just starts emptying things onto the floor and going mental. 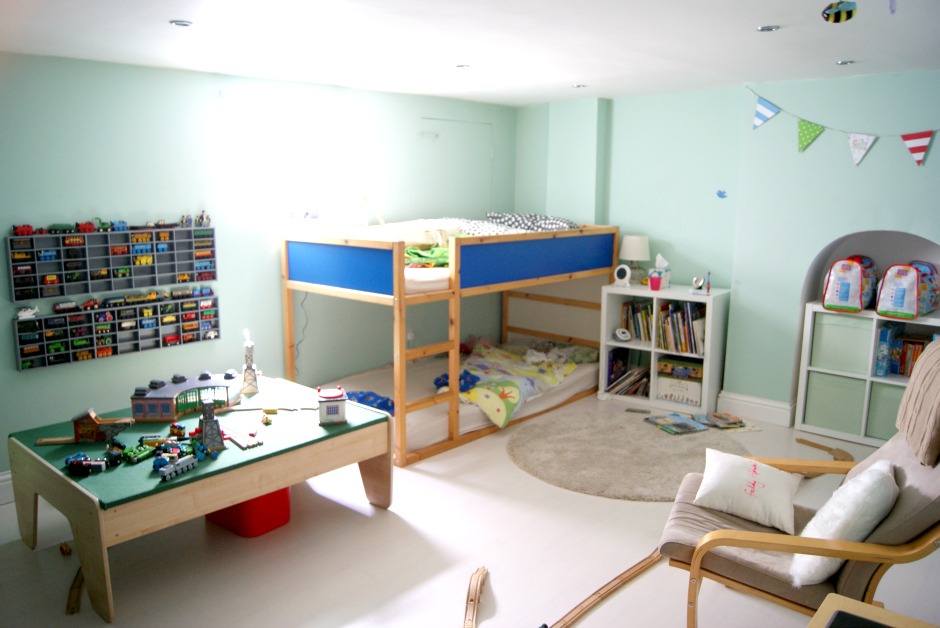 Secondly, I aim to have a home for everything, in a box, storage bin or basket. That way, at the end of the day, you can just chuck everything in its designated box and the place looks reasonably tidy. This is especially important if you’re storing toys in your living room: you want to be able to switch off without piles of toys everywhere. I love the Kallax shelves from Ikea for this – the boxes that fit in it are sturdy, roomy enough to fit loads of toys and keep everything hidden away! They’re also great for storing books. In theory, having a home for everything also means that George can help with tidying up, too, but let’s just say that’s a work in progress. 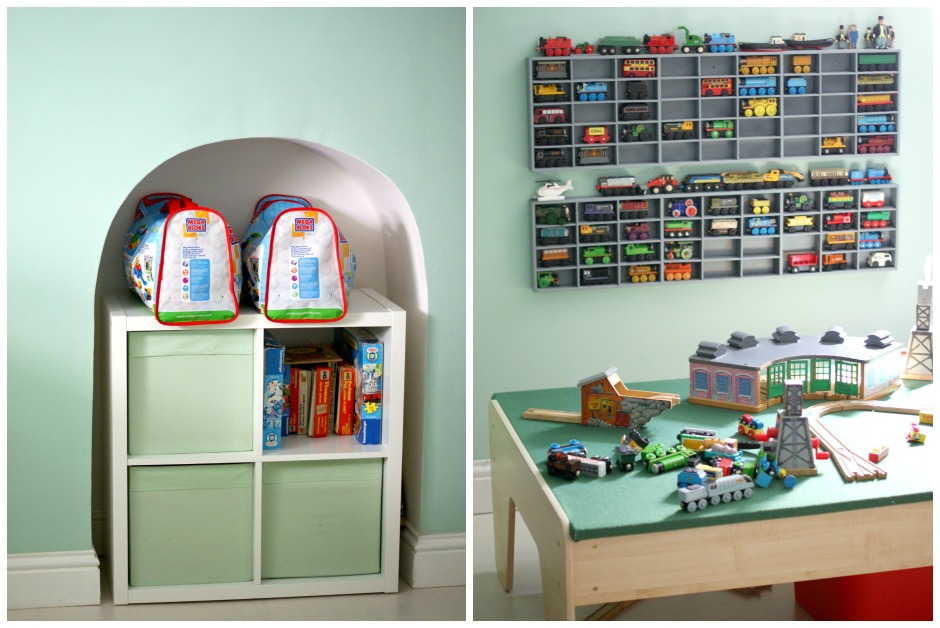 For train storage, we have the cute train display cases above (and all the train tracks go in one of the Kallax boxes above). Before you ask, no, I don’t know where to get the train display cases from – they were an amazing car-boot-sale find by Pete’s sister. But you should know that I am the only one who puts the trains back – and George takes them all out again within 10 minutes of me doing so (*laughing with tears emoji*). You can use Ikea picture shelves to do a similar job (see here).

George’s room is huge, so he does most of his playing in there, but we also have a couple of these boxes from Ikea under the sofa in the living room that store books, games and colouring pencils. We also have this basket in the living room with nappies and wipes for Thomas and a few toys. We have a garish playmat for Thomas as well, which is near-impossible to hide, but I suck it up as it buys me precious minutes to get stuff done while Thomas is entertained.

For clothes, these drawer dividers are brilliant. You’ll be amazed at just how much more you can fit into a drawer by using them. You can be a neat freak like me and roll everything, but even just throwing clothes into their designated box takes up a lot less space. In the picture below, all of Thomas’ clothes fit into one drawer. If you’re interested in having super-organised drawers, I was inspired by this. 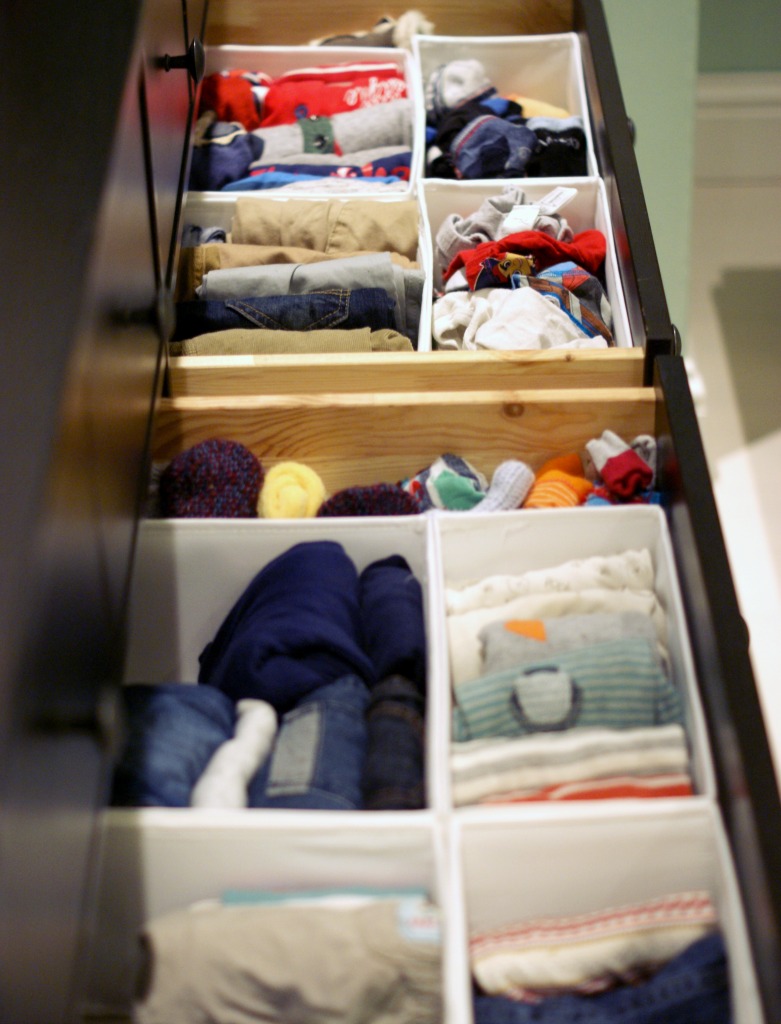 Now that George is into Lego, we’re going to swap the play table for two of these storage benches to make an awesome (geddit?) lego table. Although I have to admit, I’m more excited about this than he is. Look how many drawers it has! So much organising potential! (See the how-to here.) How do you keep on top of the crap that kids accumulate?