It’s January, which means back to work for most of us. For me, it’s no big deal, as I generally love work (geek alert), but it does mean sitting down at a desk for large chunks of time, because I am absolutely terrible at taking breaks.

Anyway, the more offices I work in, the more people I see standing at their desks. It’s an approach that has me intrigued, because on the one hand it would be nice not to end every working day with my shoulders next to my ears and the posture of an eighty-year-old, but on the other I’m not 100 per cent sure I could stand for that long – I worked as a teaching assistant for a while when I lived in Gran Canaria and being constantly upright nearly did me in. There are pros and cons. 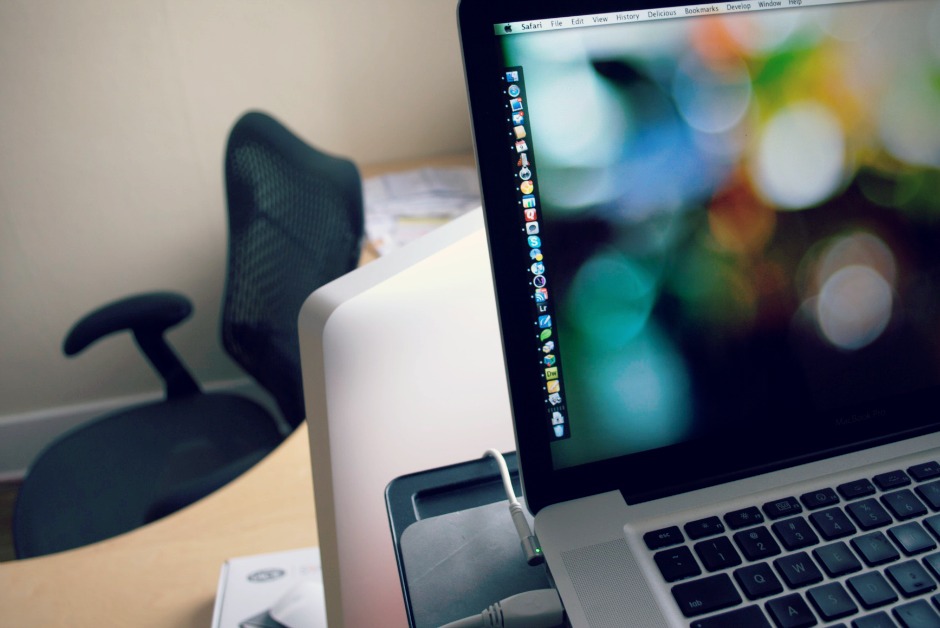 There are also other options: my neighbour, who works from home, works at a desk but takes calls standing up so that he gets to walk around a bit at regular intervals. When I temped at Google, staff were allowed to work wherever they wanted – in the cafeteria right next to the free snacks, say (hums innocently), or inside the novelty double decker that sat in one corridor, or even reclining in the dimly lit ‘resting’ room (I know). There were also lots of people who had standing work stations.

Being a freelancer makes it kind of difficult for me to adopt such a radical way of working in a normal office, since one of the main rules of freelance office life is ‘don’t be a diva’. I hardly ever even adjust my screen height, so requesting a standing work station would be several steps too far. But I’m still interested in trying out the concept at some point.

For now, though, my New Year’s resolution is simply to spend less time in front of my computer – last year I said yes to everything that came my way and I got into the habit of using every spare minute I had to work. This meant a lot of evenings slouched on my sofa with my computer on my lap – which, of course, is even worse than sitting hunched at a desk…

Do you have a standing job or stand at your desk? How do you find it? I’d love to hear your experiences, especially if you think it’s helped your posture, output or general wellbeing.

P.S. The rules of freelance office life, tips for working a room, and how to network subtly.

Is it weird to love working?