For most people, Election Day last Thursday involved casting their vote and then watching the results on the TV. Plenty of Brits don’t even do that. I’m a Labour Party member and I spent the day as a party activist. With the General Election still fresh in all our minds, I thought you might be interested to know what party activists do all day when there’s an election happening. 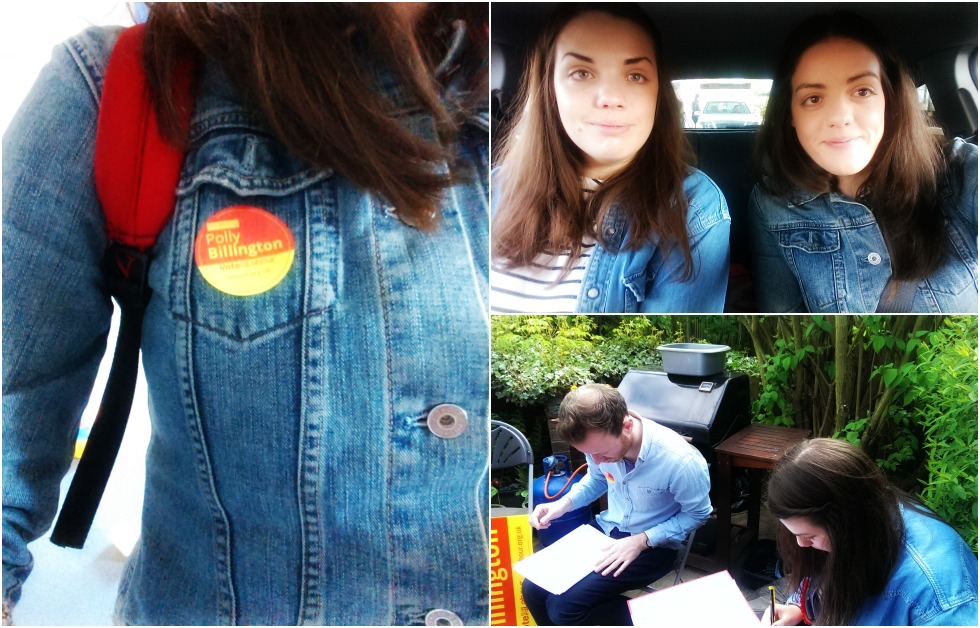 Clockwise from left: Arriving in Thurrock and getting ready to go out (note my trusty denim jacket); my sister and I on the way to Thurrock; my sister and another volunteer doing some analysis on our data after our first round of door-knocking.

Since we both live in constituencies we were pretty confident would return Labour MPs, we decided to spend the first chunk of our day canvassing for votes in a marginal seat where we felt we could make a difference both to the outcome of that individual election and hopefully to the overall make-up of the next Parliament. We went to Thurrock, where we knew the candidate and where pre-election polling had shown strong support for UKIP. Your job on polling day is to get your voters out. This means using data collected in the run-up to the election to target door-knocking activity at households that are likely to vote Labour. We did this until around 2pm before heading back to central London. 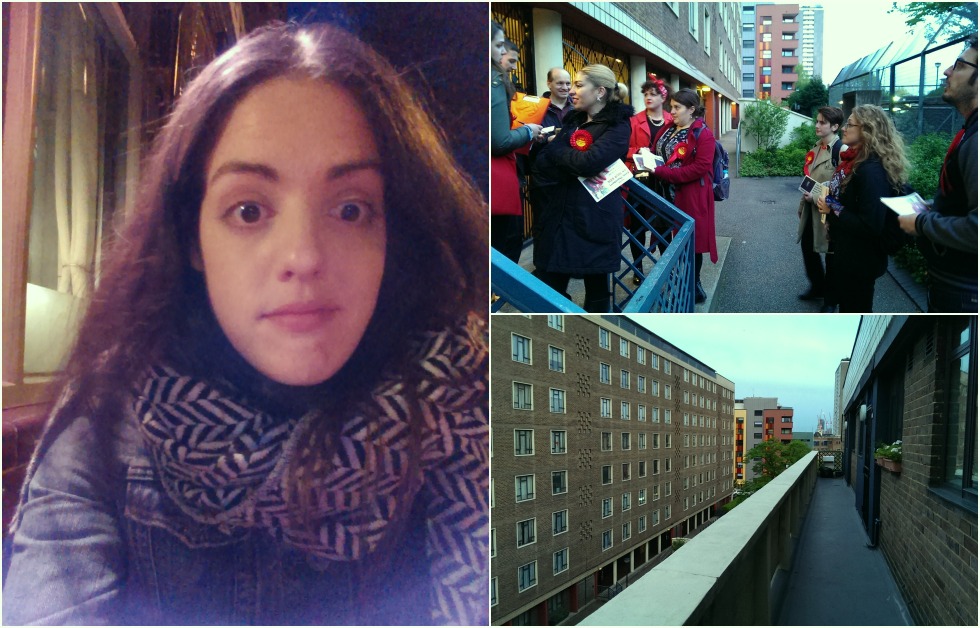 My sister is a local councillor in this constituency, so we returned here for the busiest section of the day – most people vote after office hours and many more people are home when you knock on their doors. After a brief break for some vital data entry and to give my lower back a rest, I was back out on the doorstep. Islington South’s local Labour MP was defending her seat and determined to increase her majority further, so despite the fight here not being as close as the one in Thurrock, we volunteers were no less determined. We were completely exhausted when 10pm came around, having been up since 6am, but our day was far from over as we headed to the Islington count.

My sister and I were both counting agents for the other constituency in Islington – Islington North. This means watching as the votes are sorted and doing your best to get an initial idea of which way the vote has gone. This is called ‘sampling’ and gives an early indication of how candidates have fared. Sampling in the ward we were allocated to showed very strong Labour support and we were able to relax for the first time all day. Or so we thought…

As you can imagine, we had spent the day in our bubble of GOTV (‘Getting out the vote’) activity and did not see the exit polls on social media until we arrived at the count. I banished the thought that the predictions for Labour were much worse than most pre-election polls had indicated and carried on with the job at hand. But as I took a seat to await the formal announcement of the Islington results, the seriousness of the situation hit me. I could see Labour MPs losing their seats and hear predictions that the exit poll had in fact under-estimated the scale of the Conservatives’ victory. By the time the Islington results were announced at 2.30am, all the nervous energy I had been running on had evaporated and I was ready to go to bed. I didn’t though; I stayed up until around 5am to hear the Thurrock result announced. Our candidate lost by a slim margin – the only sliver of hope being that the UKIP candidate had not prevailed as some had feared and polls had predicted.

I won’t go into the details of the election results anymore here, or why I think we did so badly and what we need to do now. There are people better placed to do that than I – you could start with Tony Blair or Anthony Painter or any number of other MPs, former leaders and full-time political commentators.

What I will say though, is this; I became acutely aware the Friday after the General Election of the lack of political content in the kind of blogs we read and the kind of blogs that are similar to ours. I don’t think that’s hugely problematic – not everything we do requires a running political commentary. But it did strike me that politics is something we talk about with our friends, but not really on the blog. It seems that way for other bloggers too. It can look at times as though we think all that matters are the choices we make individually or in our family units and the choice we make as a collective when electing representatives doesn’t figure. It’s some kind of side show. I think there are probably good reasons why many not to approach the topic – not wanting to alienate people who may disagree, not feeling like an ‘expert’ and not wanting to invite the trolls in when mostly we seem to have carved out a pretty nice and polite section of the internet for ourselves here. But on Friday, it just felt odd and I wanted to share that thought and see if it resonated with anyone else.

So that’s an election day if you’re a practitioner of the minority sport of political activism in this country – long, physically and emotionally draining and after all of that, you sometimes still lose.

What do you think of my day? Are you an activist in a political party? Could anything inspire you to get involved? Do you think lifestyle bloggers should discuss politics more often, or leave well alone? Let me know by leaving a comment below.

P.S. Broaching the possibility of fathers working part-time, the ways in which women hate their bodies, and four female friendships from television that taught me something.