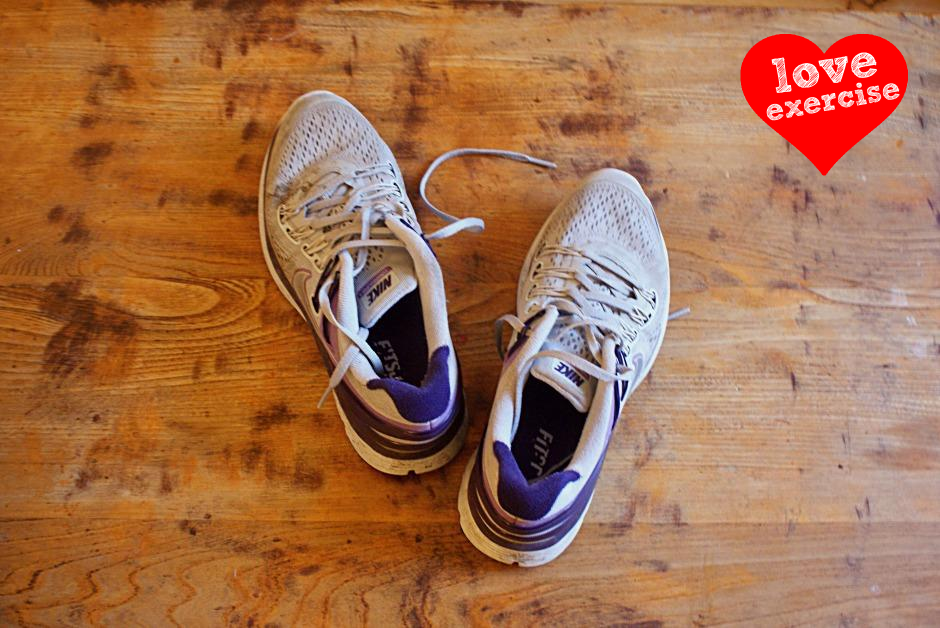 My attitude to exercise has changed a lot in the past couple of years. Growing up, I never enjoyed sports (apart from a brief love affair with cheerleading at university), and anything I did get into was usually with the aim of losing weight/staying slim. Let’s be real: I’m still interested in staying slim, but I’ve slowly realised that exercise is really important for my general wellbeing, too. Now, I’m mostly interested in forming exercise habits that will last me a lifetime. I want to be fit and active when I’m 50, 60, 70 and beyond – and I know I definitely do not want to be traipsing to the gym for the next 30 plus years! That’s why I’ve started focusing on exercise that I really enjoy and can see myself enjoying for a long time, like yoga and cycling.

I’d always secretly yearned to add running to the list. As an activity it seems so liberating and carefree – the idea of being able to just put on your trainers and get going. The thing is, I’d tried running a couple of times in the past but had never managed to get past the feeling-like-I-was-going-to-die phase. That’s why when I heard about the Couch to 5k series – basically eight weeks of podcasts guaranteed to get even couch potatoes running 5k – it immediately appealed to me. I like to think that I’m slightly fitter than a couch potato, so I fancied my chances and I made running 5k my one resolution last New Year.

And you know, it really worked. The series is very gentle, with lots of walking at the start – in fact, in the first podcast you only run in one-minute bursts. But before you know it, you’re running* for 20 minutes at a time, and without feeling like you might keel over at any time! Having Laura (the podcast voice lady) there to talk me through each run meant I didn’t really have to think about what I was doing; I just had to put in my headphones and set off. I also liked that each run/podcast only lasts about 30 minutes, so they are really easy to fit into daily life.

Even though it was the depth of winter, I managed to drag myself out of bed at 6.30am a couple of mornings a week to go running before work, or if I really couldn’t face it first thing, I would take my gear to work to run during my lunch hour. I’m not sure where exactly this enthusiasm came from, but I think having a tangible end goal really helped me – I kept thinking how proud I’d feel when I actually completed my first 5k. (A little disclaimer here: you’re supposed to do each podcast three times in a week before moving on to the next – I aimed for this, but realistically, I usually did each one two times a week and it still worked for me.)

I planned to do a Park Run as my first proper 5k. In case you’ve not heard of them before, they’re free, 5k timed runs that take place weekly in parks all over the UK. They’re open to everyone – seriously, I’ve seen everyone, from small kids to little old ladies, getting involved. There’s something really nice about running with a big group of people: it pushes me to go a little bit faster and there’s such a sense of accomplishment at the finish line. I normally don’t get too fussed about distances and times when I run, but it’s nice to use Park Runs as a benchmark to see whether my time is slowly improving.

Now onto the fun bit: gear! In theory, running is very low cost, but it does involve some initial outlay. Essentials include a decent sports bra (I always get fitted at Bravissimo) and proper trainers. I went to a running shop and had my gait analysed to make sure the money I was spending wasn’t going to be wasted. I bought the cheapest shoes I could and they were still £80(!), but I’ve felt nary a twinge since I started running in them – in fact, the only injury I’ve sustained while running was before I got some decent shoes. I also bought a few nice bits to wear, as I find having decent clothes actually makes me want to go out running – plus, they’re designed to wick away sweat and stuff. I can highly recommend H&M for good quality, stylish sportswear that’s not crazy expensive.

It’s a year later and I suppose the question is, am I still running? Well, yes, sort of. The cold weather and Christmas have seen the running dwindle to nothing, but I’m not beating myself up about it; I’ll start again soon. And it’s true: there’s nothing quite like the freedom of being able to run wherever you are, nor its mind-clearing, meditative quality.

In the grand scheme of things, mine is a small achievement really – for many of my friends, running 5k is absolutely nothing. But for me, it felt really good. There’s something incredibly cool about feeling positive about your body and what it can achieve instead of always wishing it was different. Next on the list – and my aim for this year – is a 10k run. After that, who knows – a marathon?! I’ll keep you posted – for now, I’m just taking it one year at a time…

Have you tried Couch to 5k? What did you think?

How to read more books