I’ll state this clearly from the start: I’ve never really been big into Halloween. As a child I wasn’t into ghosts, ghouls, demons and gore (and to be honest I’m still not). I’m sure I went to the odd Halloween-themed party and crafted some Halloweeny items at school/Rainbows/Brownies, but I also feel as though it just wasn’t that big of a deal when I was very young. I don’t hate Halloween; it just mostly passes me by, like Valentine’s Day and New Year’s Eve. I occasionally do something if it’s initiated by someone else, but I don’t feel a strong desire to mark the event and certainly wouldn’t if left to my own devices. The only thing I might do would be to sit down and watch all the Halloween episodes from my favourite TV programmes. In fact, that’s a great idea! Remind me to do that next year.

Let’s just say I was going to throw a Halloween party though, here’s how I’d do it…

I think for Halloween this is a given and it is pretty fun, especially if everyone plays ball. I don’t like spending too much money on fancy-dress outfits and I also don’t have any aptitude for crafting or complicated make-up, so I like to stick to ideas I can easily and/or cheaply achieve. I have only done a few Halloween dress-ups: most memorably a US flag (costume already made by a friend for a netball tournament earlier that year) and Jackie Kennedy (easy to do by combining exisiting wardrobe with a good back-comb and some hairspray). I am not into ‘sexy’ Halloween dressing, but once I did go as a cat which I think was borderline hypocritical. The ears were two quid from Asda and the whiskers were just drawn on with eyeliner. My sister was a little annoyed as she had gone all-out with her costume, dressing up as Cady from Mean Girls, and whilst I didn’t totally Regina George it, I did just throw on an LBD and some cat ears.

I personally prefer to interpret the fancy-dress theme very broadly and just go as whatever I feel like; I think this is also pretty much what happens in the US. I probably won’t dress up this year, but if I did, I think Cher Horowitz would be near the top of my inspiration list, closely followed by Rory Gilmore in her Chilton uniform. (I’ve just realised they are basically the same outfit in different colours – ha!) If you’re stumped for inspiration, Lauren Conrad has a put together five ideas including the Cher option. 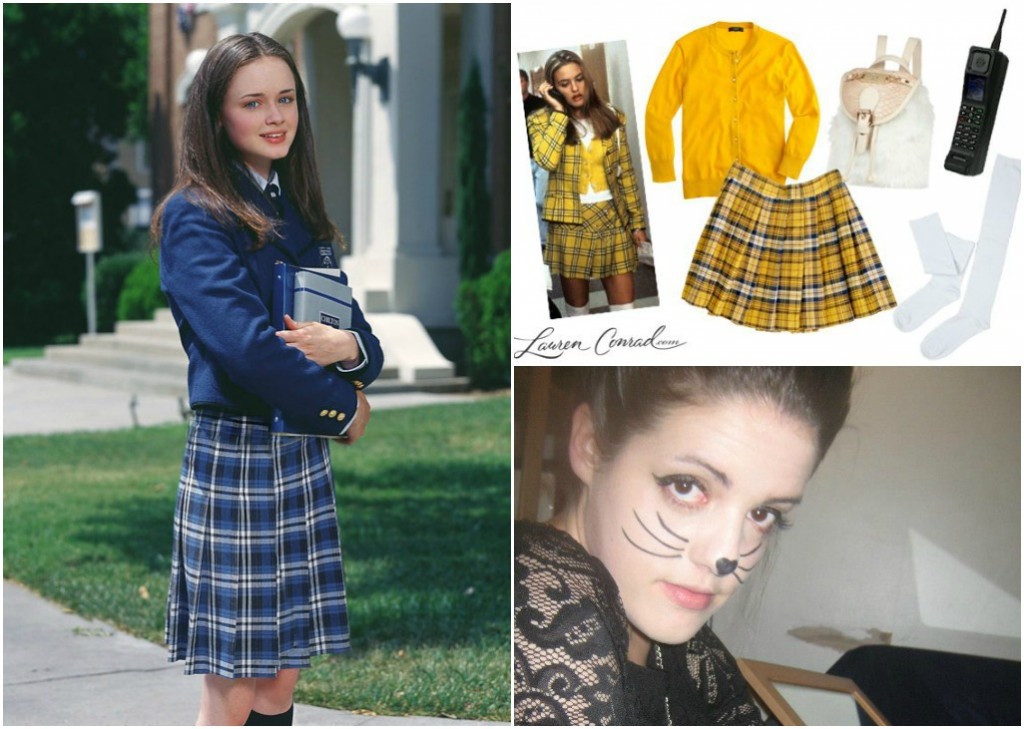 A pumpkin-carving competition is my first choice for an activity – when you’re done they also provide the decorations (see how lazy I am?). Everyone brings a pumpkin with them and spends the first part of the evening carving it. When everyone’s finished, you place candles in them and line them up for judging, then dot them around the venue to add to the spooky mood. This is a low-cost, low-prep option – provided you have enough carving implements. If you don’t, you can pick up those pumpkin-carving kits cheaply – they’re all over the place right now. Or, people can share (this is a party after all). 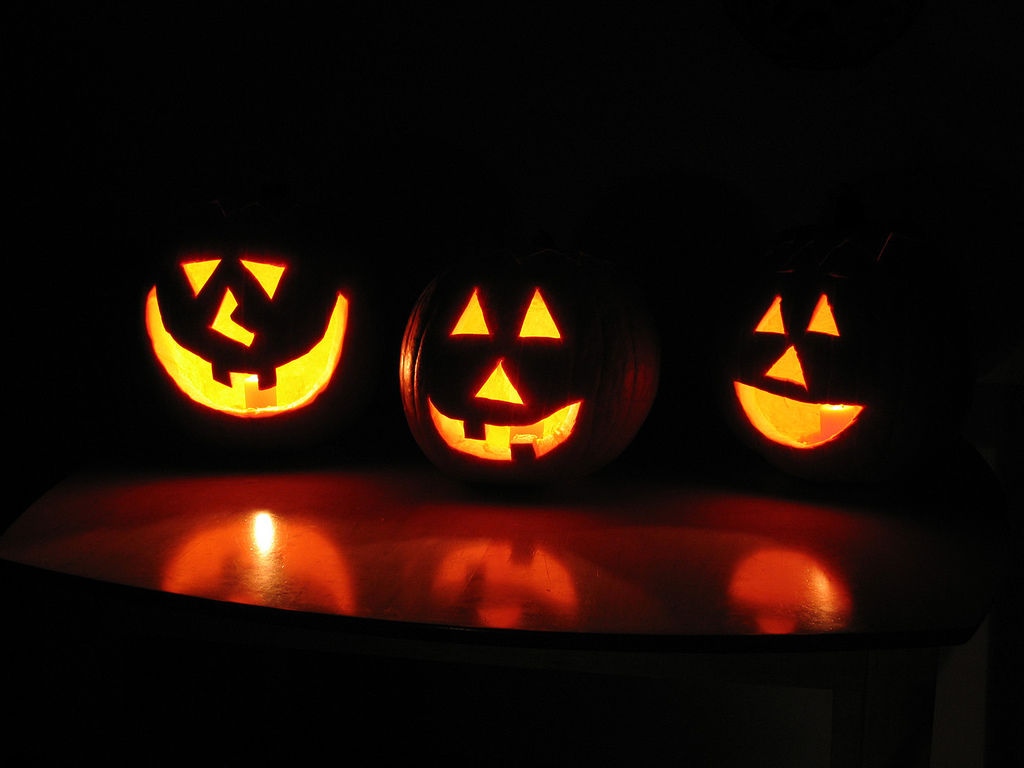 You can tell I am writing this, rather than Rachel or Nicky, because I have come to the food last. I don’t think adults really need or want a menu of elaborately styled food made to look like dismembered limbs, so I would go with seasonal food that’s practical to prepare and serve. I am thinking stew here. Yes, stew. A big pot of stew can be made in advance and then heated up and served straight from the pot when you’re done carving pumpkins. If you don’t eat meat, or are inviting people who don’t, then a meatless wonder of root vegetables like this Rachel-tweaked Nigella one is perfect. All you need to go with a simple dish like this is some good-quality crusty bread, and you’re set.

Once everyone’s had a good meal, you can indulge in a more Halloween-themed dessert. I am leaning towards a cake like the one below, again for practicality of preparation and serving, but could be persuaded by these orange-and-brown macaroons. The dessert will also double as a decoration until you’re ready to serve. Just one more reason you won’t have to wear yourself out rushing home from work to put tacky decorations all over your house, only to have to clean them all up again first thing in the morning! 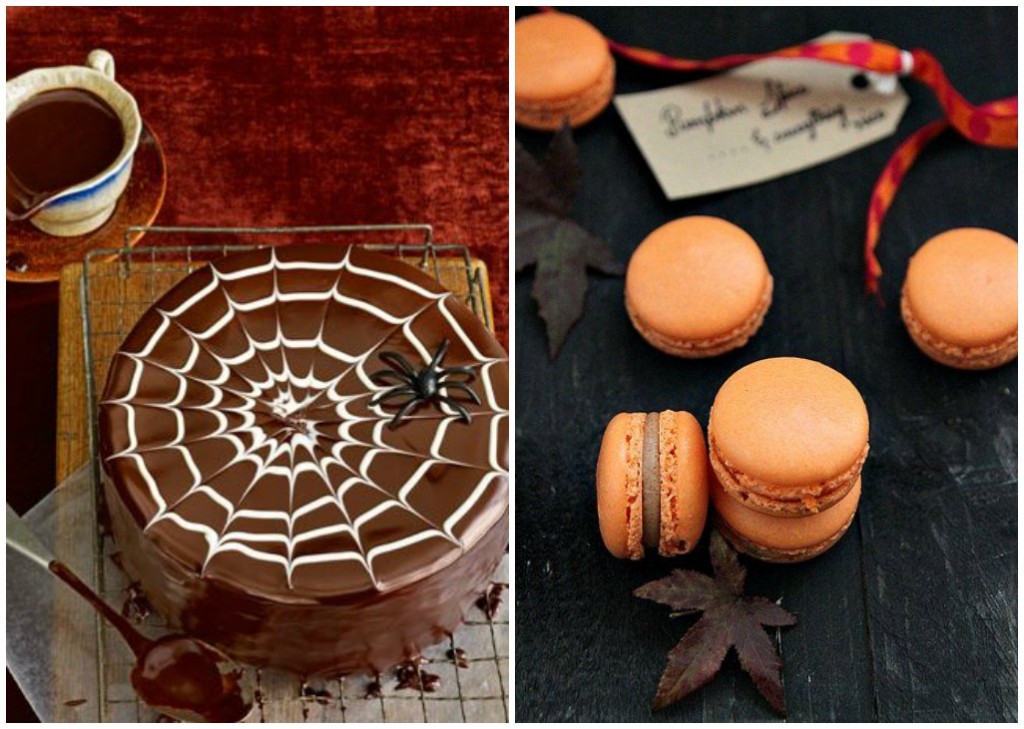 p.s. You will notice I have stayed out of the ‘should you dress your child as a pumpkin?’ debate, but if you’re interested, I think my position is more ‘put your child IN a pumpkin’ a la this.

Are you doing anything for Halloween? What’s your favourite Halloween-themed TV episode? Let me know by leaving a comment.

Your favourites posts in 2014

Thoughts on blogging: one month in